The Story:
This was quickly getting old. They'd solved the kidnapper's (killer's?) puzzle again and it was another creepy song lyric. No, that's not fair. They're only creepy when they're from a kidnapper who paints in blood. Sergeant Grimes had seen a lot in his time on the force but two back-to-back cases like this still unnerved him. At least he'd been to bed on time last night and felt a little more caught up. He had a feeling that today would be better. That feeling lasted almost a full seven hours.

The phone call came in around 4pm. Vimes found himself once again trudging out of the precinct with the increasingly useful Lipwig in tow. Another house, another piece of art. He'd been practicing with those special glasses all day, though, and he thought he was getting pretty good at them. At least, he was able to solve the first two puzzles from scratch and without Lipwig's help. The puzzle was different this time, though. Instead of a painting, the Sergeant was led to a dining room table with an oddly shaped wooden box on top of it. Fitting neatly into the box were square blocks with letters and lines carved into them.

"Are the glasses any good for this one?" he asked Lipwig. "Sure!" replied the officer. "Look, there's an object creation tool over here... There! Now you can select real objects and manipulate them virtually." With a grunt, Vimes turned back to the puzzle at hand, determined to figure it out.

Are you able to find the message in the jumble of letters below? The red border represent the wooden box. When complete, the rearranged tiles should still fill that box. (I.E., rearrange but don't change the overall outline shape.) 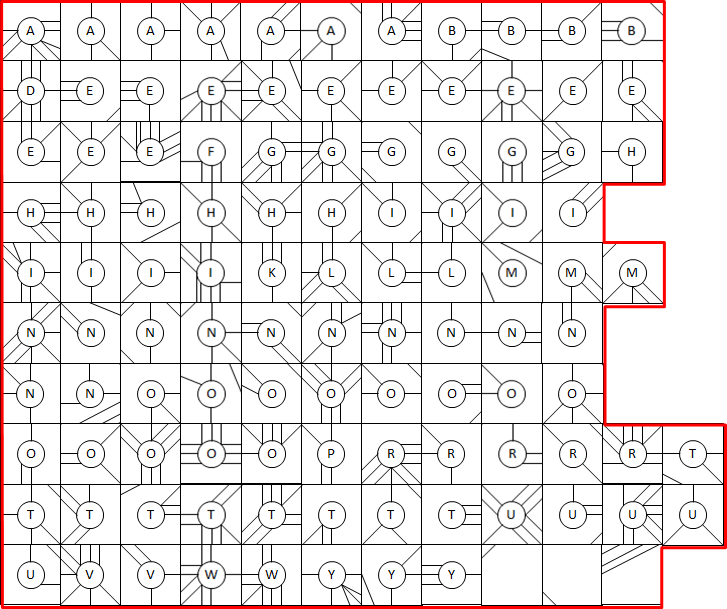 The Story: (continued)
Satisfied with the solution but frustrated by how useless he seemed, Vimes handed the glasses back to Lipwig. "That's as close as I could get," he said. "Unless I'm not correctly remembering the song, there's a typo in there. That has to be it, though. Nothing else fits." Nevertheless, the Officer began to fiddle with the glasses. Several minutes went by while Vimes talked to the other investigators on the scene, trying to find some other scrap of evidence. His attention was instantly diverted, though, when Lipwig called out a seemingly innocent question: "Hey, Sarge! Do you know anybody named Anna?"

Vimes head snapped around and he rushed back to the dining room. "That's my daughter, why?"

"Well," began Lipwig, "There's another message here. It didn't make any sense for a while but it felt like there was something there. You have to pair them up, see? I couldn't crack it until I added 40 to all the numbers. There's some biblical significance to that number but it could just be a coincidence."

As soon as Vimes had finished reading the new message, he tore the glasses off and ran for the door, leaving Lipwig standing there confused.

Can you find the other message in the jumble of letters? 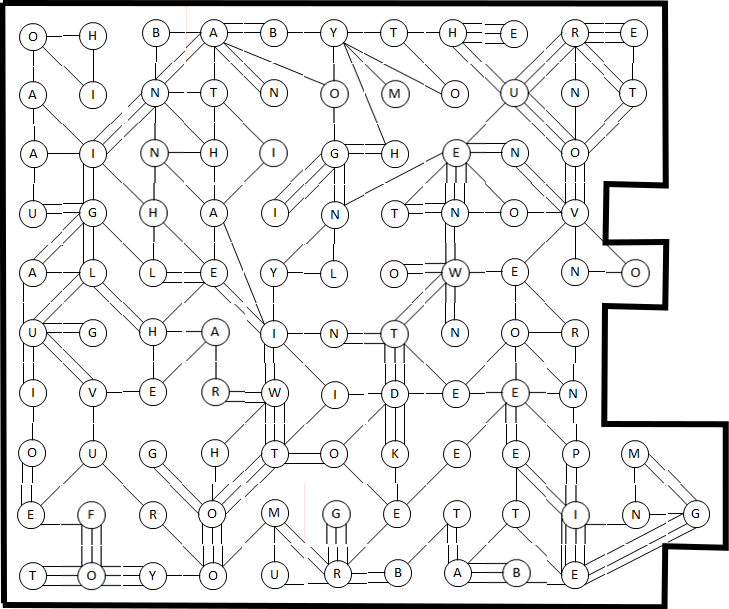 To which the message is:

These are lyrics to "Ain't no mountain high enough" - Martin Gaye

But there's another hidden message:

...which, when converted from decimal to ASCII, gives us this message:
HELLO SERGEANT DO YOU KNOW WHERE ANNA IS NOW SHE TASTES SO LOVELY

Very partial solution: this was as far as I could get during my lunch break and I think I went wrong somewhere. 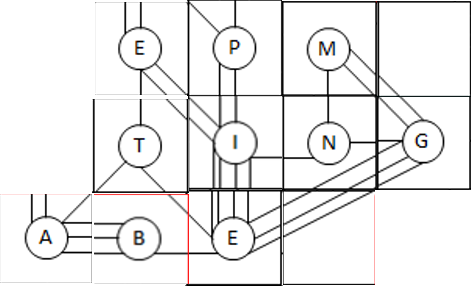 This looks like part of the right-hand side of the message.

UPDATE 1: Nearly forgot to keep working on this...

Here are two more fragments I managed to piece together. I don't know where they fit overall.

UPDATE 2: Seems like @Wesley Situ already solved the whole thing, but I'm gonna see if I can finish this myself in my own time, just for fun.