Where did my friend go?

My vacation is off to a great start! I have traveled far and wide, but never have I seen anything like this! Perhaps you already know where I am, but if not, here's a photo:

as RGB values in ASCII gives i.stack.imgur.com/0JB7s.jpg, leading to this image: 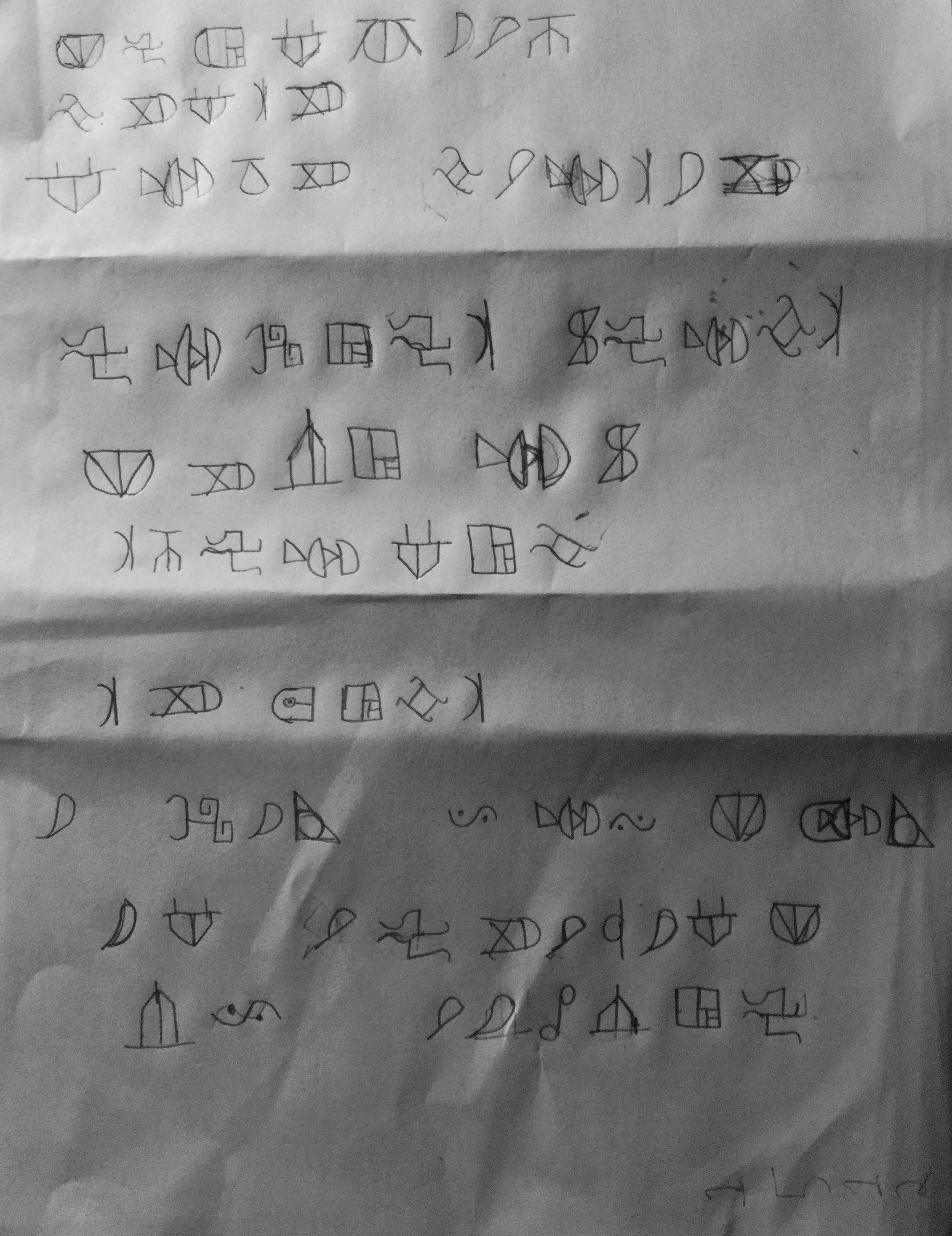 It's almost certainly a substitution cipher, but I'm not really willing to transcribe it at the moment.

A possible transcription of the letter Deusovi found is:

Likewise, the penultimate letter in the third row from the bottom (O) is the double letter Q, a sideways fancy stacked burger. So semi-circular shapes attached to the left of a letter mean a double letter.

The text decodes to:

There's a typo in the last word: The pitched tent (I) should be the upside-down candelabra (Y). The one-of-a-kind letter in "tallest" (G) also has a semicircle, so it could be a double letter. Of the ones not used, L makes the most sense.

That's not a destination yet. (Greenwich and Nova Scotia are, but I think they are just intermediate answers.) The question has a steganography tag and I guess it applies to the decoded message.

Not the answer you're looking for? Browse other questions tagged cipher enigmatic-puzzle steganography or ask your own question.

5
a message from an old friend
12
Batman and the grid
3
Help me, help my best friend please
10
Another alien message, but from where?
7
Help me find my friend Bill
10
Where Is My Friend?
11
A Puzzling Cipher: Redux
15
Where did I go on this trip?
16
The trip of a lifetime... but to where?