The Story:
Sergeant Vimes had been unable to get very far with the painting found at last night's crime scene and was feeling frustrated and tired after losing so much sleep the night before. They'd already asked around at every local print shop they could find and nobody had any record of making the puzzle. Either it was from somewhere outside of the city or the kidnapper had a large format printer of his own. There were no fingerprints or even the usual printer steganography. Just as he about to head home, the call came in from another apparent kidnapping. He was told the scene was similar and they thought it could be the same perp. Sighing, Vimes picked up his notebook, shouted to Lipwig, and headed for the pool cars.

Once on the scene, a tech brought him a photographed copy of a note as well as one of the psycho's next puzzle. Before he handed them over, the tech spoke up. "Uh, Sarge? The, um... The puzzle was painted on the wall this time. It's a bunch of different colors but, uh, the red ones... They appeared to be blood so we did a quick blood test. We don't have anything definitive but it's the same blood type that was found at the other house. See, though, there's way too much of it. If it all came from the same person...I don't think..."

Vimes nodded and took the paperwork. It seemed like they had a deadline now. He read the note first and glanced at the puzzle before handing it over to Lipwig. "Alright, kid, what can your magic glasses do with this one?" The young officer had them ready and studied the picture for a few minutes, muttering to himself. Finally, he spoke up. "I think I have it, Sarge. I'm afraid it's not any more helpful than the last one, though." Vimes took the glasses, careful to not mess with any settings, and slipped them over his head.

Using the clues in the note, can you find the message hidden in the colored dots? 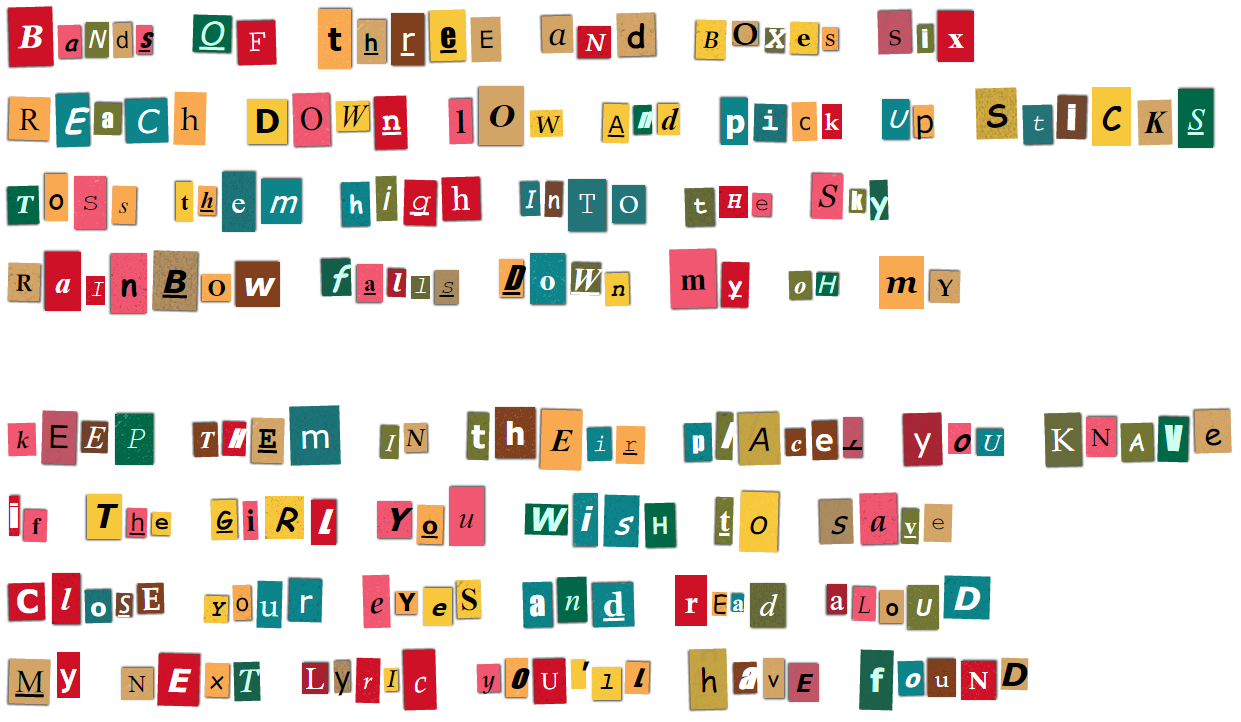 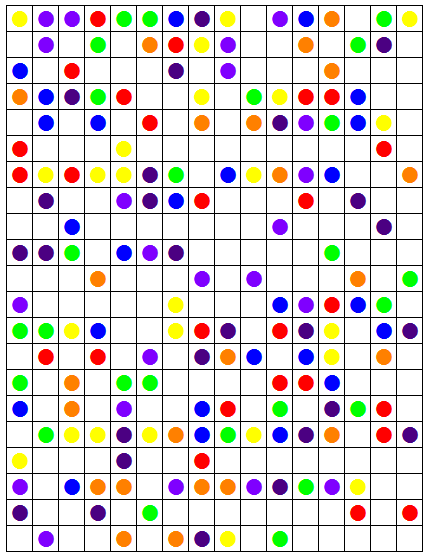 This is my first answer, so I hope I do this right.

Bands of three and boxes of six, as Beastly Gerbil mentioned, referred to

The next several lines refer to a rainbow and keeping them in order, which made me think of

the colors of the light spectrum/rainbow: ROY G BIV

If you take merge the boxes down and pick them out by color, you get a grid that looks like this: 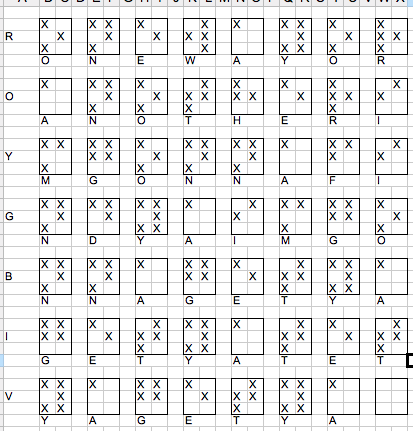 Which is part of the chorus from

One Way or Another by Blondie

Not the answer you're looking for? Browse other questions tagged story visual or ask your own question.