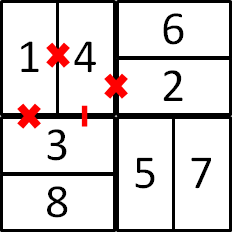 The numbers must be from 1 to 11, and each number can appear max 3 times. 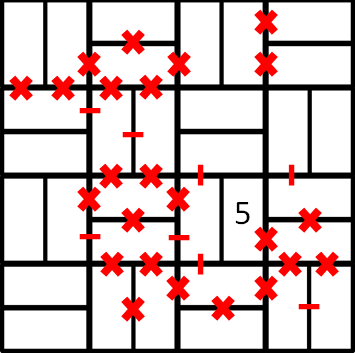 The only possible solution is 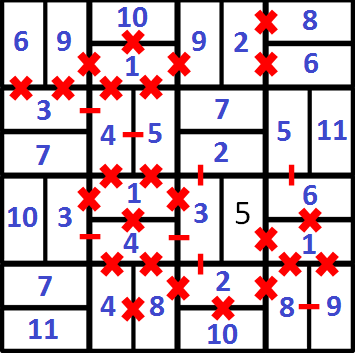 11 is the number that is only used twice

The position of the three 1s is immediately clear from the minus signs. This helps a lot because we can now always disregard 1s for multiplication clues. 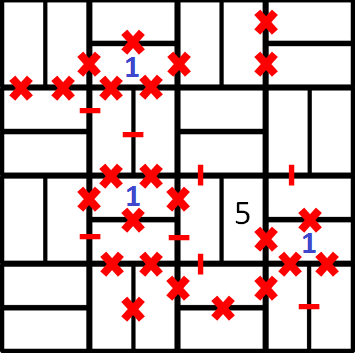 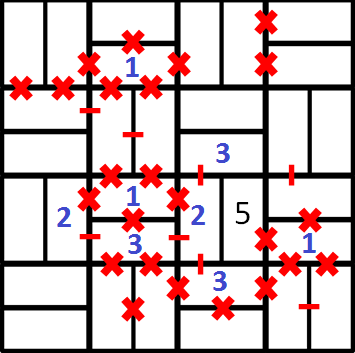 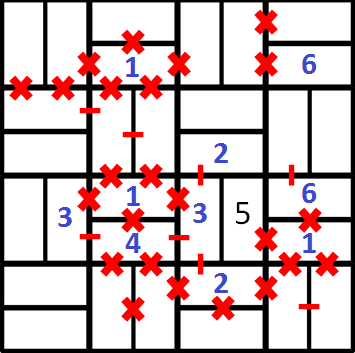 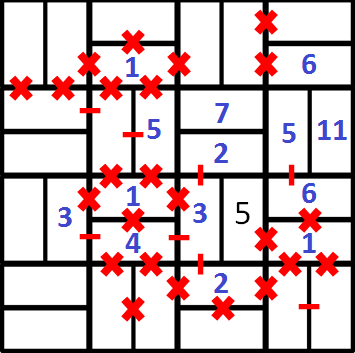 Next we take a look left to the 5. A 6 would lead to a 5 and 11 which are impossible differences. This leaves 4 as the only possibility. 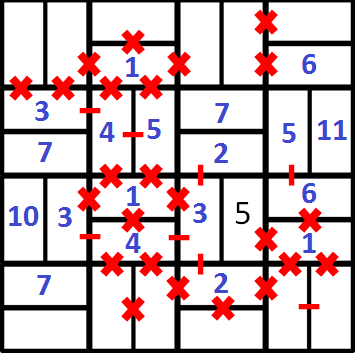 Above the top left 3 we need a multiple of 3 that has to appear another time. We already have three 3s and two 6s, so the only possibility is a 9. 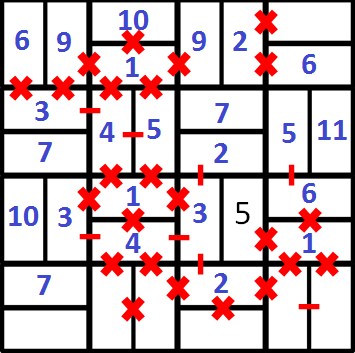