This is just a straightforward crossword puzzle. Every answer is some positive integer. To make it a bit more interesting I have withheld the clue for H5. Use the fact that with the clue for H5 the puzzle has a unique solution. For a bonus you can make up your own clue for H5. 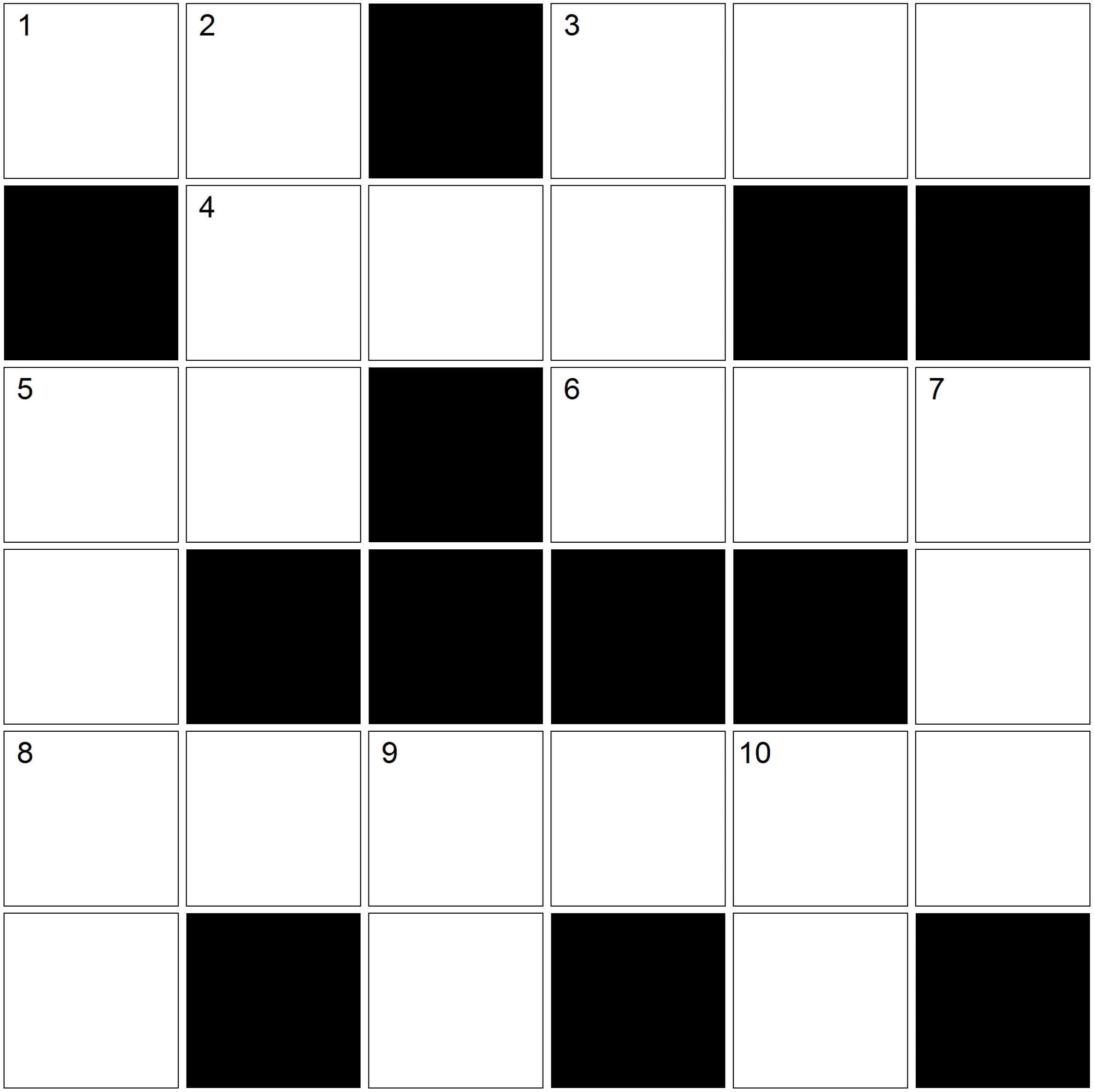 1 Divisor of H8.
3 Halve of V2.
4 The digits of this number are ascending.
5 ???
6 This triangle number consists of three of the same digits.
8 Fourth power.

EDIT: Gareth McCaughan mentioned quite rightly that there is a slight ambiguity in the way the question is phrased now. To make the solution unique you must assume that H5 does not reference any other clues.

I believe this is the intended solution. Explanation to follow shortly. 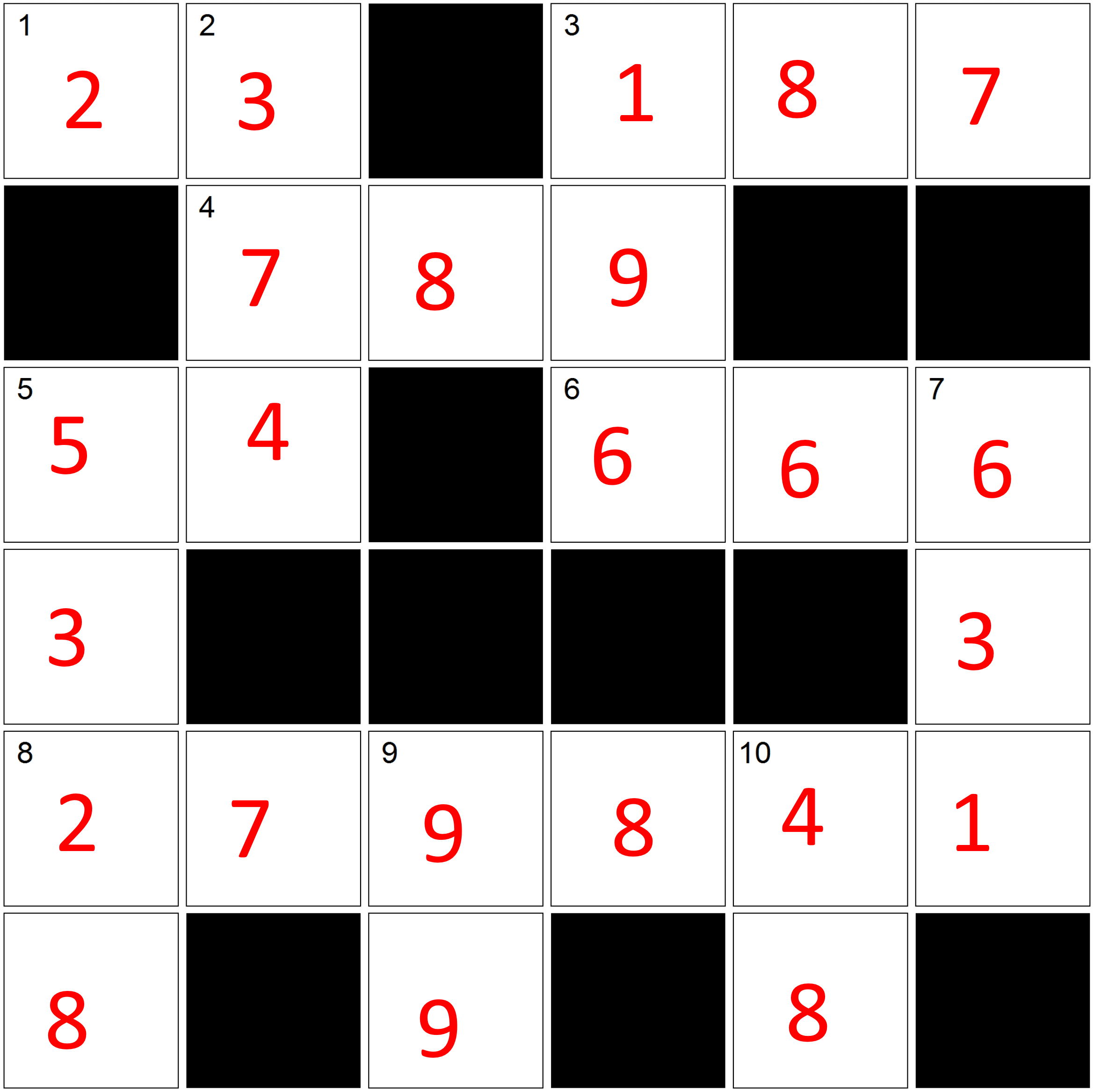 OK, so here's one way to get there.

But there's a little loophole making the solution ambiguous (which is why I was careful to say "I believe this is the intended solution" above):

the clue for 5a could also reference 4a and thus pin down its middle digit. I don't see any nice simple clue that would do that, but e.g. it could be "1 less than a multiple of the largest prime factor of 4a". Then we'd have 5a=50 and 4a=459 (whose largest factor happens to be 17).

Not the answer you're looking for? Browse other questions tagged number-theory crosswords or ask your own question.