Those are the warmups. Here's the real challenge. 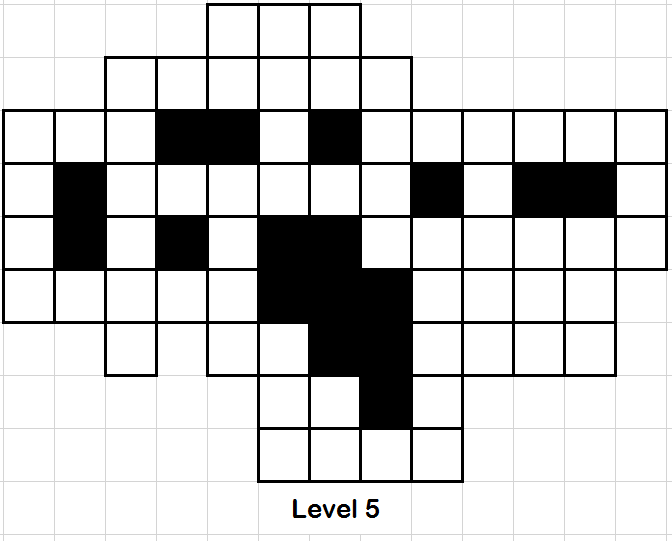 And yes, it is uniquely solvable.

That was a nice puzzle. It took a while to get on track, but when it clicked everything got a lot easier.

To allow others to try, my solution will get progressively more hintier, starting with two things I tried that didn't work:

Forming a path through every cell - this quickly becomes impossible on level 4. If you colour the cells like a checkerboard, there's 11 of one parity and 9 of the other, a difference of 2, but since you alternate parity with each move the difference should be at most 1 for a solution to exist.

Splitting the areas into 2 congruent parts. I tried ignoring the fact that level 1 is only one square and noted that all other levels had an even number of squares. There's a unique way to split level 3 into two disjoint congruent areas (both areas need to be disconnected for this to work), but it was impossible to do the same for level 4.

Here's the third thing I tried:

Failing the above, I noticed that the number of white squares in level N is divisible by N. Specifically, the levels have 1, 2, 6, 20 and 60 squares respectively. I thus tried to split level N into N congruent areas, which also failed.

That was close, and led to the key to the puzzle:

Looking up 1, 2, 6, 20, 60 on OEIS reveals that this is sequence is the total number of squares covered if you take all N-ominoes for a given N. For example, there are 5 unique tetrominoes (counting reflections/rotations as the same), and 5*4 = 20. Ditto for 12 pentominoes giving 12*5 = 60. The obvious thing to do now is split up the areas into one of each polyomino.

Here are the solutions to the first 4: 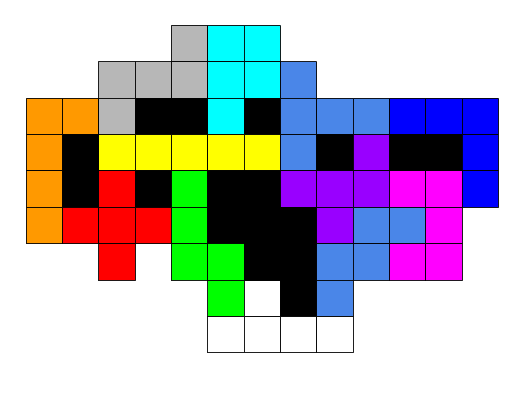 I'm finding it very hard to succinctly show working without it turning into a case bash, so here's a partial working out. I'll try to stick to the following colour order when filling:

Let's try starting with the plus piece, since that's rotationally symmetric. There's only three places it can go since all other positions fence off chunks which aren't a multiple of 5 squares in size: 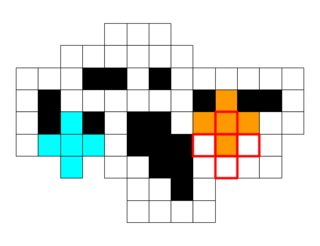 The red outline spot is easy to rule out: 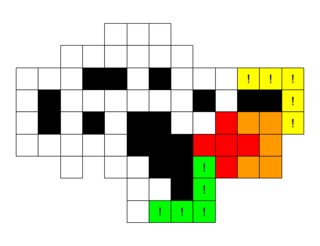 By looking at places where the 5-long piece can go, here's roughly why it can't be the orange spot (click for full size): 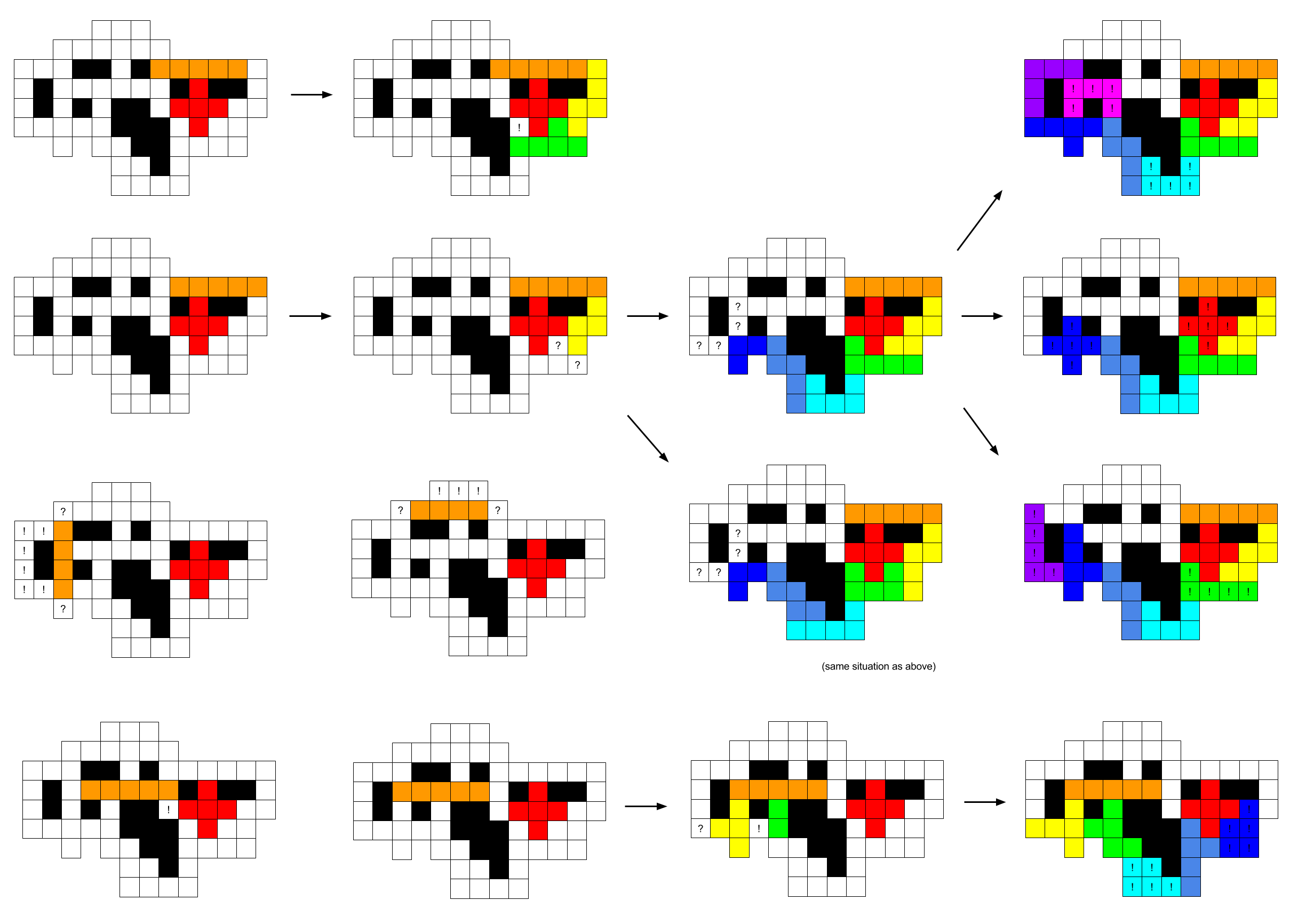 So the plus piece must be on the left, which also locks in an L-shaped piece further left of it.

I'd continue, but this took a very long time to draw and there's a lot more case bashing left, so I think I'll just say you get the gist of it by now :) (I'd show uniqueness but this took much longer than I thought). I might continue if I get time some day.

12
What is so unique about these numbers?
11
An Inventor's Revenge
75
90% of people will fail this puzzle!
5
1,000 Miles North
14
Twisted Connections
17
Unusual Kakuro Puzzle
9
Vertical and Horizontal Bars - An Instructionless Puzzle
18
This Nonogram seems a bit… off
29
Fun with Flags part 2: a musical connection
12
Fun with Flags part 5: with a smile