I need your help. I... I think I'm in danger. I'm not sure what's coming, but whatever it is... I need to know. I'm scared because I don't know what going to happen... I just know that whatever it is, it will be bad. You may be my last hope.

I woke up yesterday. Everything was normal... until I went downstairs. Somehow someone had broken in. There weren't any signs how. I probably need to double up the laser grid... maybe add another lock to the steel door... the antivirus systems on the cameras need to be checked... an image was played over them... motion sensors faulty... tripwires not triggered... even the concrete walls untouched...

The point is, someone broke in. Nothing was taken, but my fridge... Well take a look for yourself: 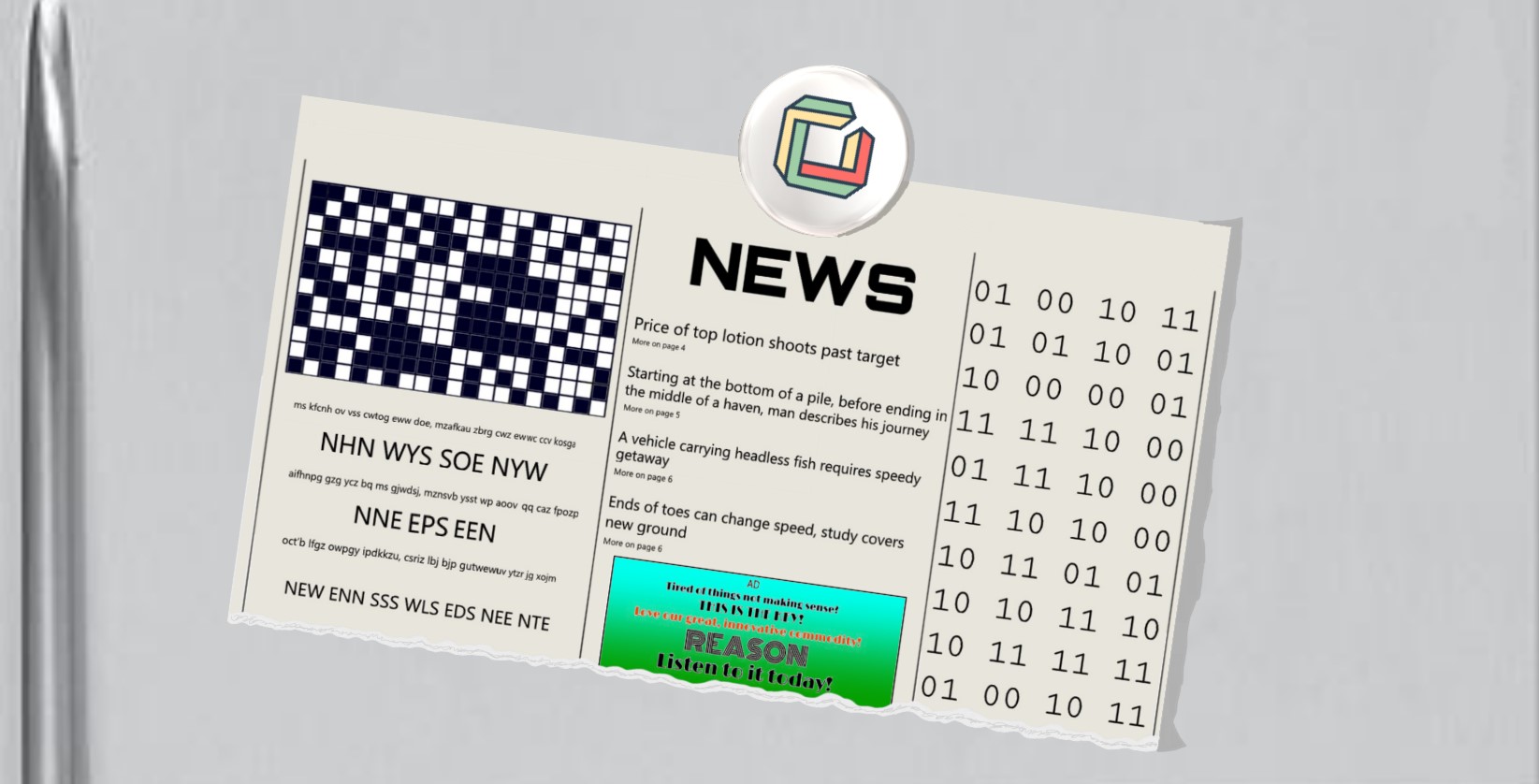 I don't recognise the paper, but photo analysis on the fridge magnet led me here. I don't know what to start with, but the picture seemed important so I took a photo for closer inspection.

I also copied out the text:

Price of top lotion shoots past target
More on page 4

Starting at the bottom of a pile, before ending in the middle of a haven, man describes journey
More on page 5

Tired of things not making sense?
This is the key!
Love our great, innovative commodity!
REASON
Listen to it today!

Go until you hit then go all the way

tl;dr: The newspaper clipping wants to tell you ...

... that, yes, you are indeed in danger. The decoded note has only one message: RUN!

is to look at the advertisement for Reason. It says "Love our great, innovative commodity!". The first letters of this phrase give LOGIC, which, we're told, it the key to make more sense.

Now there's a lot of stuff that doesn't make sense, but the phrases in the left column look as if they were encoded. Decosing them with the Vigenère key LOGIC gives:

Be exact in the words you say, express only all your own ideas.
Puzzles are not to be abused, except when on pain of our death.
Don't just guess answers, relax and the solution will be made.

(Note: The apostrophed word oct’b probably is can't or don't, so you can work out the Vigenère key without solving the puzzle in the ad.)

Each of the phrases to in the left column ...

... has a list of three-letter combinations beneath it, which consists of a middle letter surrounded by two compass points. The heading NEWS in the middle column may also be a hint at compass points.

This looks as if we had to look up a letter in a grid and then apply the given directions. My first idea was to use the keyboard layout, but it doesn't work.

All three phrases have the same number of letters (not counting space and punctuation) and, when decoded, all have the letter X in the centre:


The phrases are 49 = 7×7 letters long, so they can be arranged into squares:


I first didn't know what to do with this, but with the hint given – Go until you hit then go all the way – it becomes clear: For each combo, start at the centre of the corresponding square. Then go into the first direction until you get to the middle letter in the grid. From that letter, go into the second direction all the way to the edge and take that letter.

For example, the first combo for the third phrase is NEW. Going north from the central X in the third grid we find an E directly above it and the westernmost letter in that row is an N. The whole phrase reads:

So the next stop is the numbers in the right column.

These are obviously binary numbers and we're told to xnor them. In this case, Xnoring is a bitwise operation and requires two inputs. (Xnoring or Not-xoring means that the result is 1 when both input bits are equal and 0 otherwise.)

But which? We can xnor consecutive numbers or consecutive rows, but that doesn't lead anywhere. The solution here is to xnor the two bits of the two-digit numbers to condense them into a single digit to get:


Ecah line now has four digits; they can represent values from 0 to 15, but we are probably looking for an ASCII representation or a Bacon code here, so let's rearrange the 40 digits in groups of 8:

All five numbers have the top bit cleared, which is a good sign: Clean ASCII only uses 7 of the eight bits. Converting these numbers to ASCII gives the letters PmYBu.

Let's make use of this code:

Seasoned puzzlers will recognise this as a code to an image on imgur, and indeed, it leads to this image: 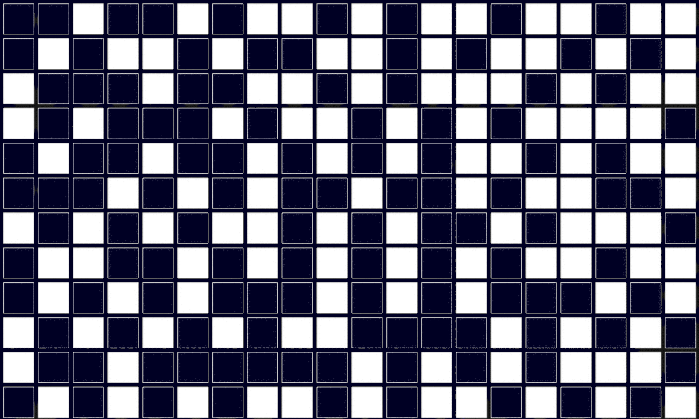 This grid of 120 black and 120 white squares looks familiar, doesn't it? Let's continue the theme of bitwise operations. We can create a new image by xoring the cells: Paint each cell black if the corresponding cells of the image above and the image on the fridge are equal. We get:


No doubt about it, this grid says RUN.

We haven't used the table of contents in the middle column yet.

It is made up of what looks like cryptic clues. The page numbers are the letter enumerations.

Starting at the bottom of a pile, before ending in the middle of a haven,
man describes journey (5)
LEAVE — pi[LE] (bottom of pile) + [h]AVE[n] (middle of haven); found by Ankoganit

(I first thought that the words in italics were excess words that spell a message, but apparently they don't. Looking for patterns again where there aren't any.)

All answers are basically the same: RUN! Should you have had any doubts about the message of this note, you should be pretty sure now.

Not the answer you're looking for? Browse other questions tagged cipher enigmatic-puzzle visual or ask your own question.

420
This is important. I need you to listen…

12
Help! I'm dying!
420
This is important. I need you to listen…
5
Help, my life is in danger!
10
Thanks for all your help
12
What did they kill Bob to hide?
21
Counter, Clock and Wise
1
I need help with this
3
A prisoner's cipher enclosed within an email
5
Need help with an online puzzle from m4tr1x.ws
0
Help me! I'm trapped