Found these tasks, although not looking too advanced, I can't seem to solve them.

What are the solutions and why? 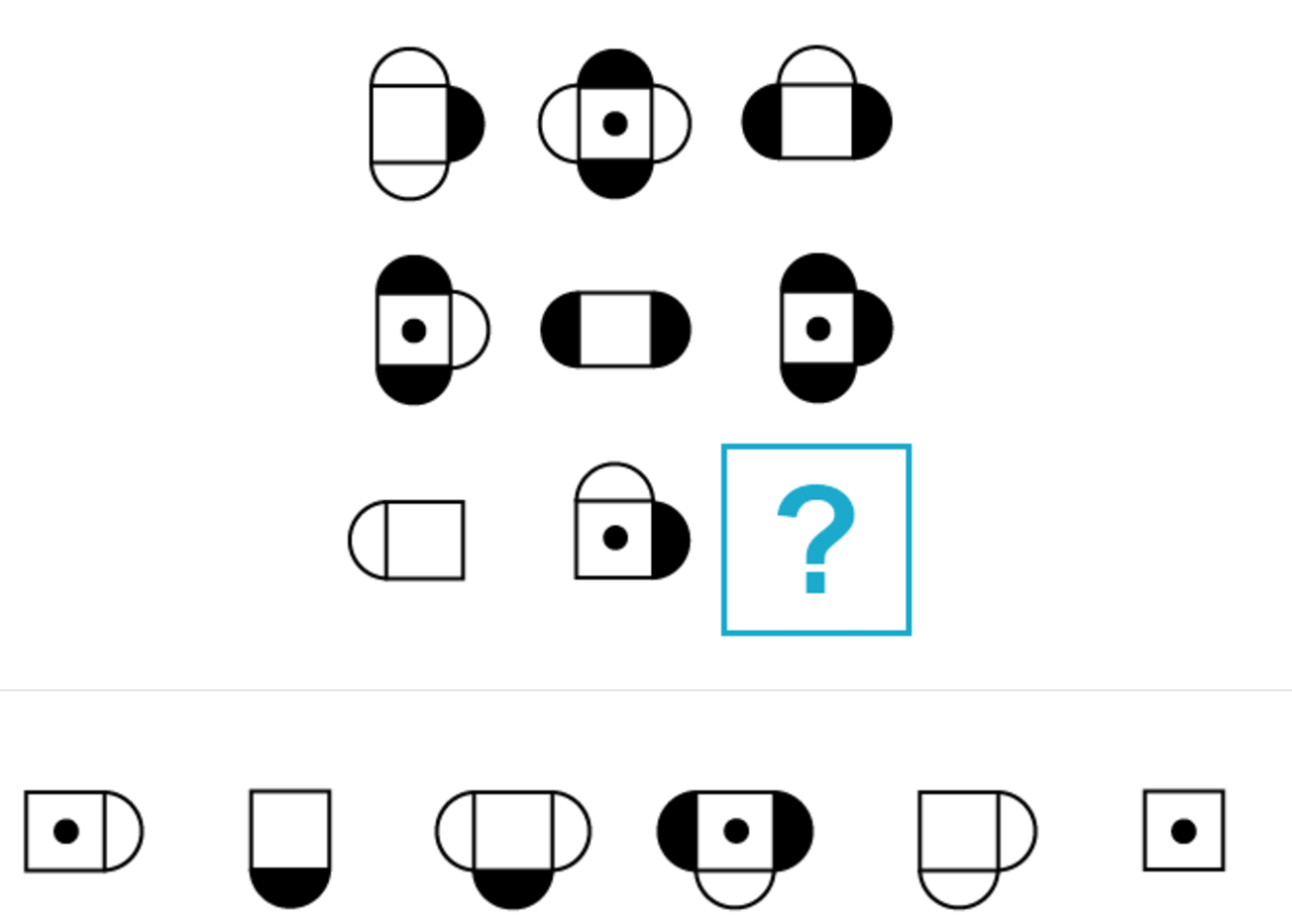 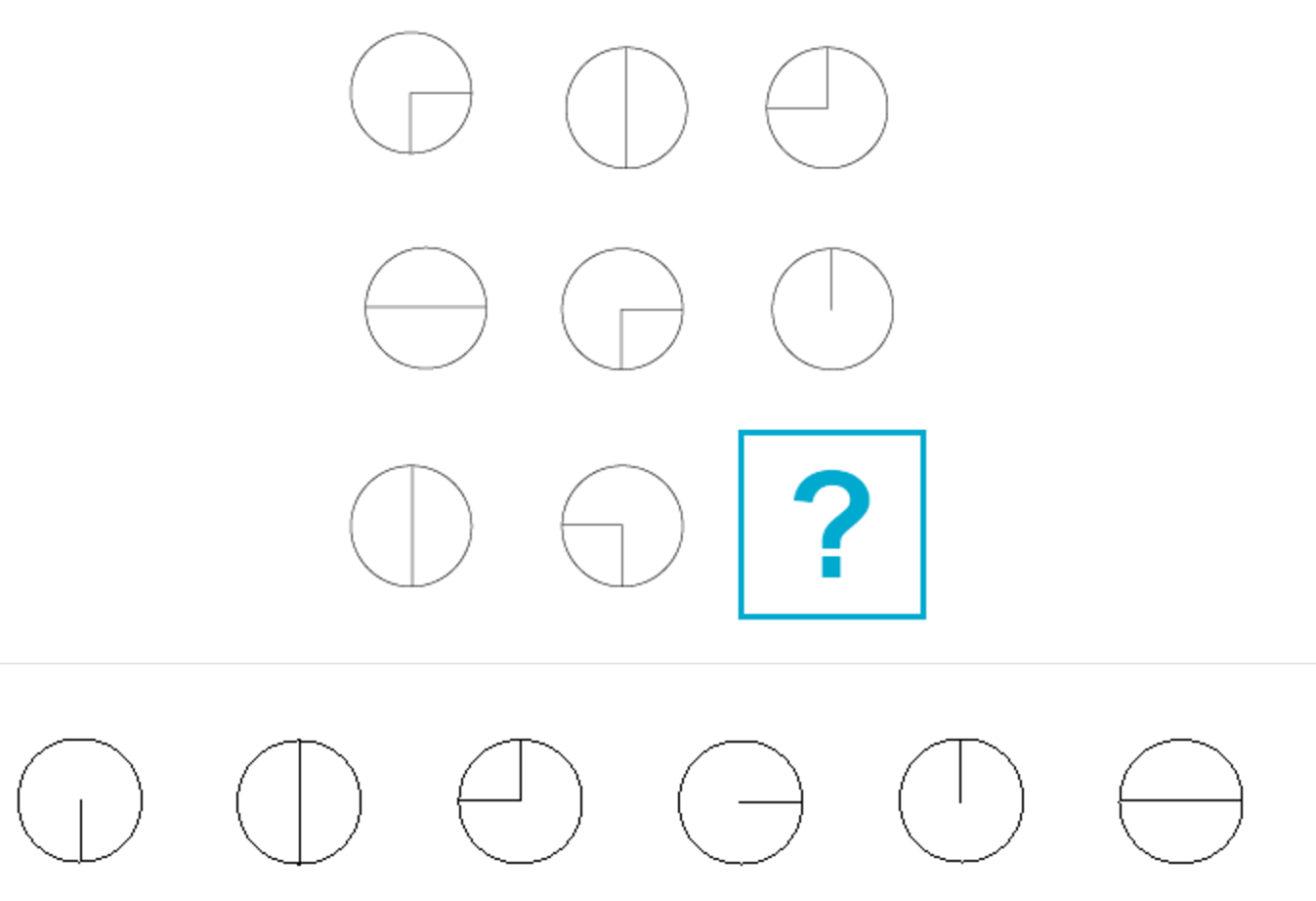 One way of visualizing the pattern in the second question is 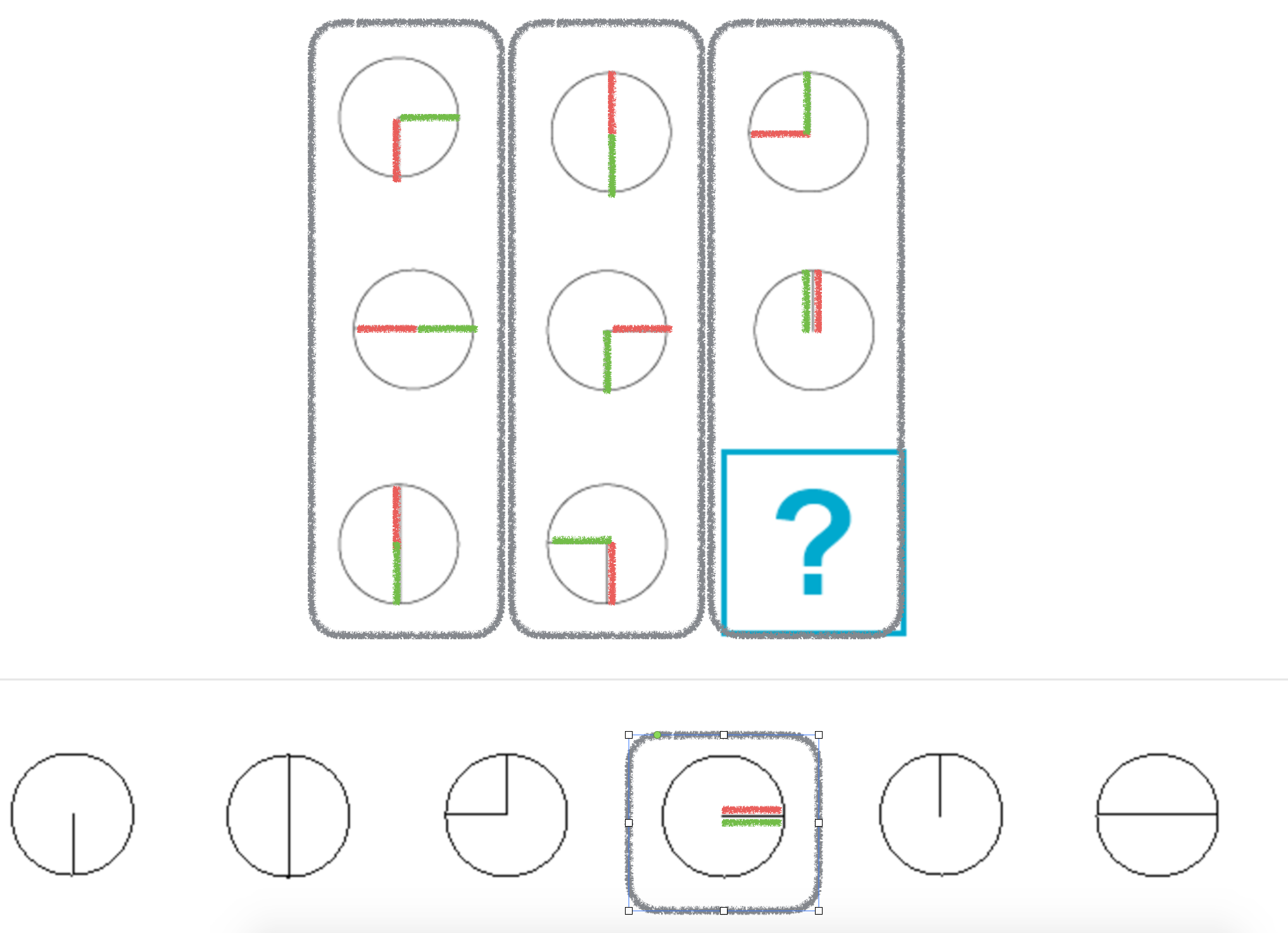 For the first question, depending on how well-designed the test is,

it could be the second choice (the empty box with black blob below) since then the parity (odd/even) of white and black outer blobs are the same (on each row) and the number of blobs are equal in the left and right-most column (i.e., 3,3; 3,3; 1,1) are equal on each row. That is the only reasonable pattern I could find...

the third answer from the left,

the fourth one from the right,

For the first problem,

The "dot" in each row gives the square an extra "wing" in comparison to the other non-dot containing squares in the row.

With that rule in place, the deducible answer should be