Historical records indicate that the brothers Geoff, Petro, and Olaf divided up their large rectangular estate between themselves. Unfortunately, evenly dividing up favorable landmarks resulted in the complicated map below.

Each region here is owned by exactly one brother, the total area of each brother's regions are the same, and no brother owns two bordering regions.

Once the land was divided, one region remained which contained the main house. As all three brothers lived in that property, it has distinct borders with any other regions (So it can border any region, regardless of owner).

You have been tasked with finding the remains of that main house. You only have the unlabeled map provided.

To keep answers consistent, you can assume Geoff owned the land in the top right corner and Petro the region just to the left of that.

KEY: Red/blue/green represent the three owners.
The two shades of brown represent hypothetical deductions, where the two browns represent two owners in some order.
Grey represents a candidate for the house. 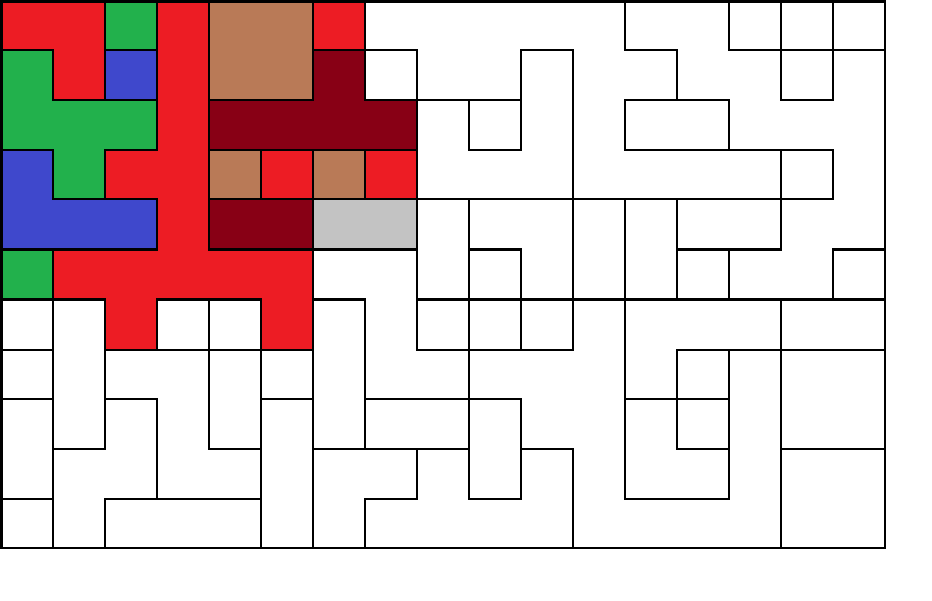 Looking at the red/browns, we see that if all those ares are owned by a single brother, we get a contradiction. So, one of those squares is the house. 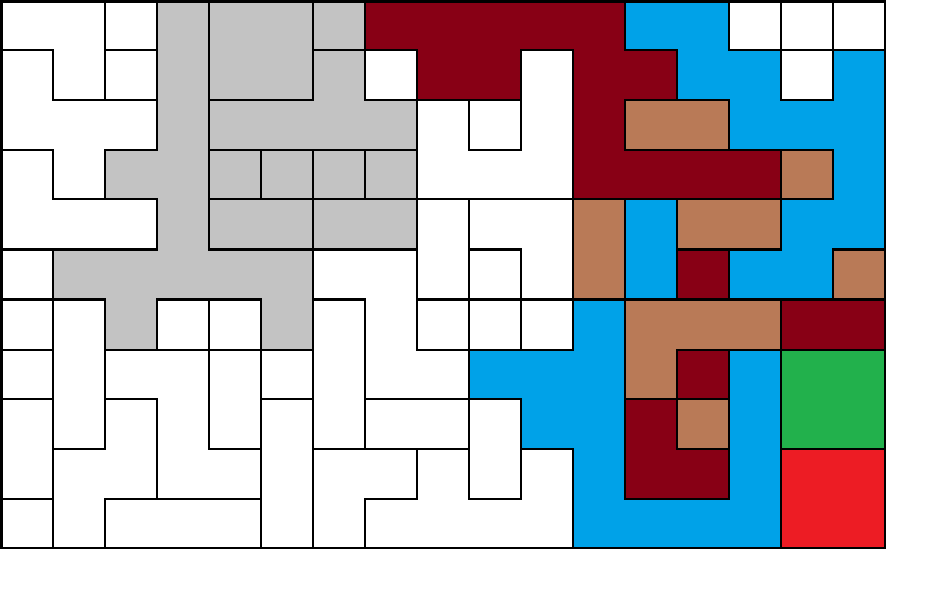 Now we work from the other end. The browns represent red/green, but you don't know which is which until you do all this stuff which reveals that dark brown is red. 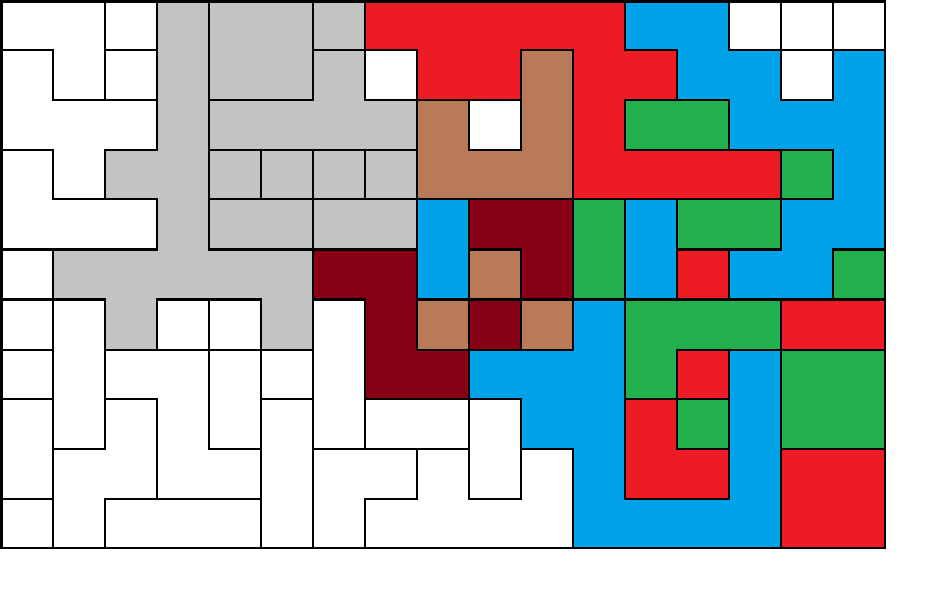 That gives you all of this, and you do some more hypothetical browns work to make deductions. 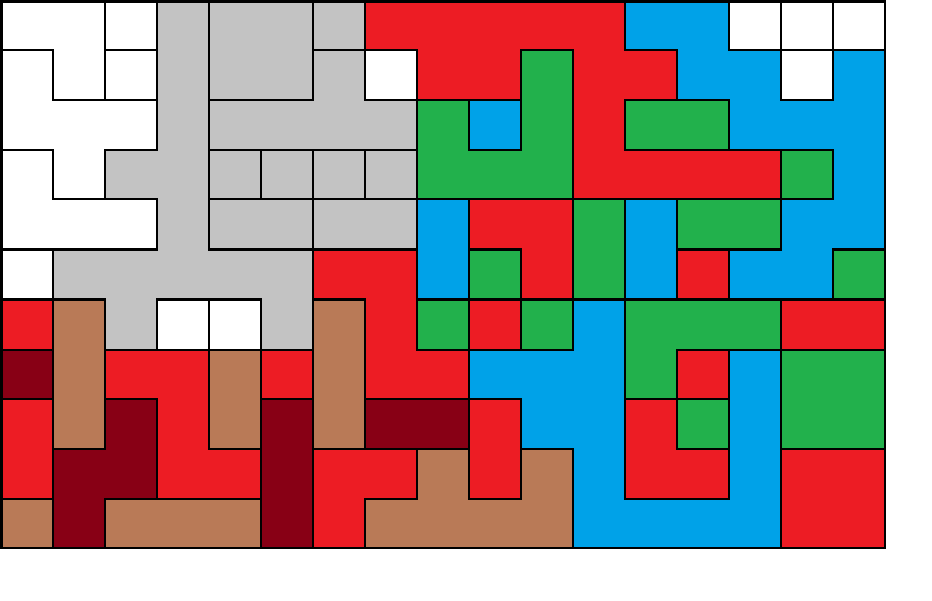 Note that the grid is 11x17 which is 1 mod 3, so the house takes up an area of 1 mod 3. This removes some grey possibilities. Also, I noticed that I coloured too many areas grey - the contradiction will still occur with a smaller subset of lands. So, we get this: 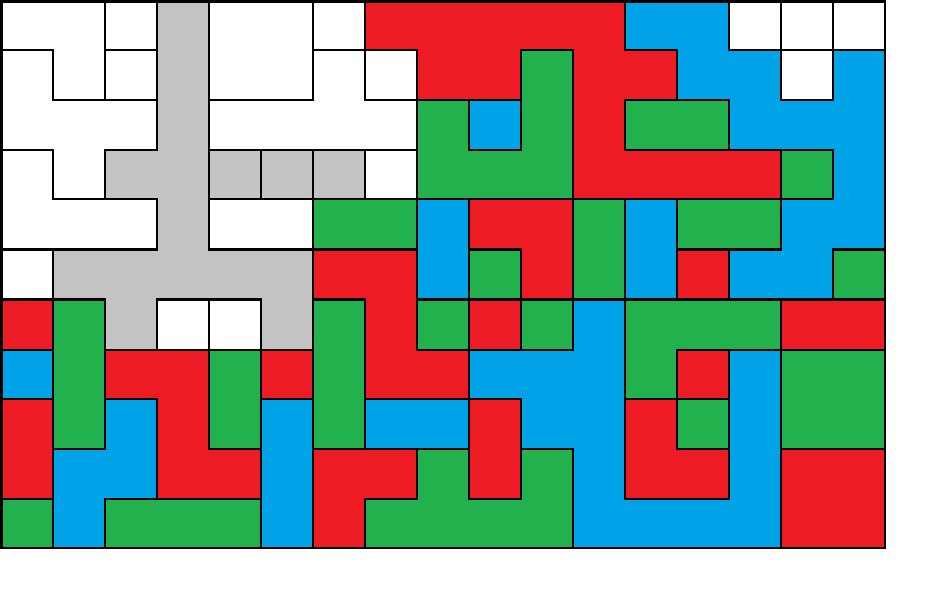 Now, use a quick hypothetical to see exactly which house will cause a contradiction: 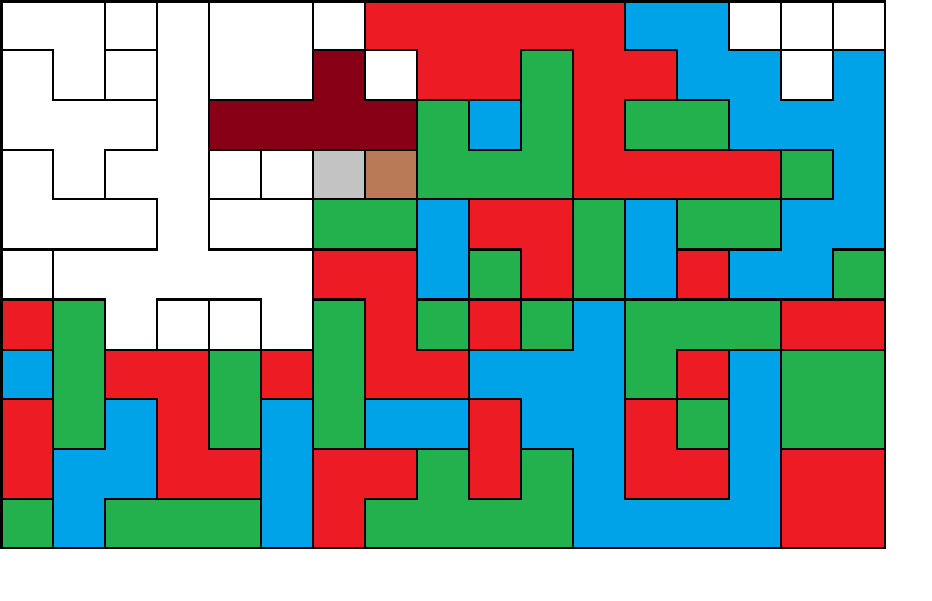 So we know that little area is the house. Fill out the rest of the top left: 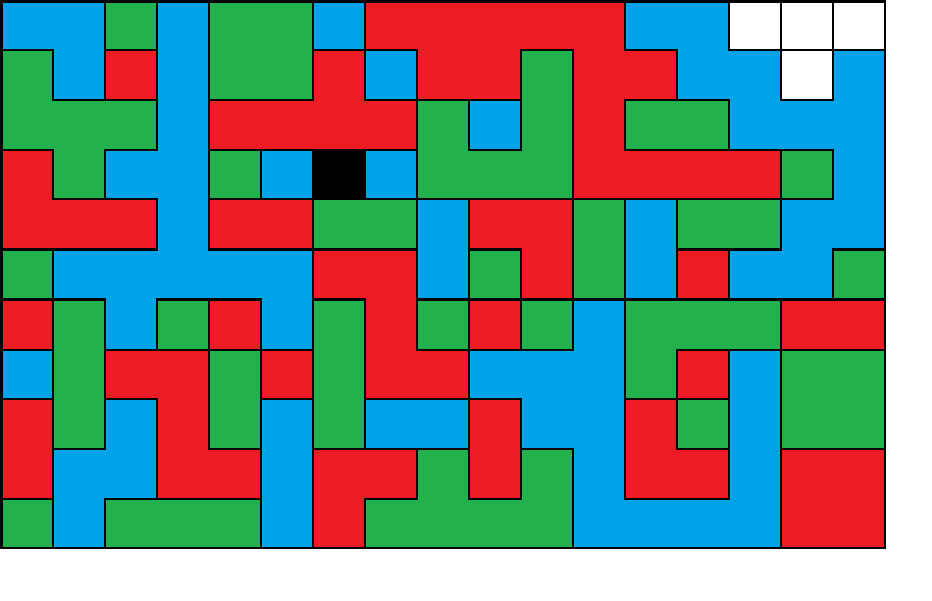 And you're done! Someone with patience can work out what the top right corner is supposed to be to satisfy the area condition :P