So long, and thanks for all the fish?

Not sure exactly how it happened, but the note turned into static. There's no time to be confused though, there's a potential time-traveling bug feature to deal with! Oh, and some guy floating in the vast nothingness of space that we should probably save, even if he hasn't ever done anything for us. 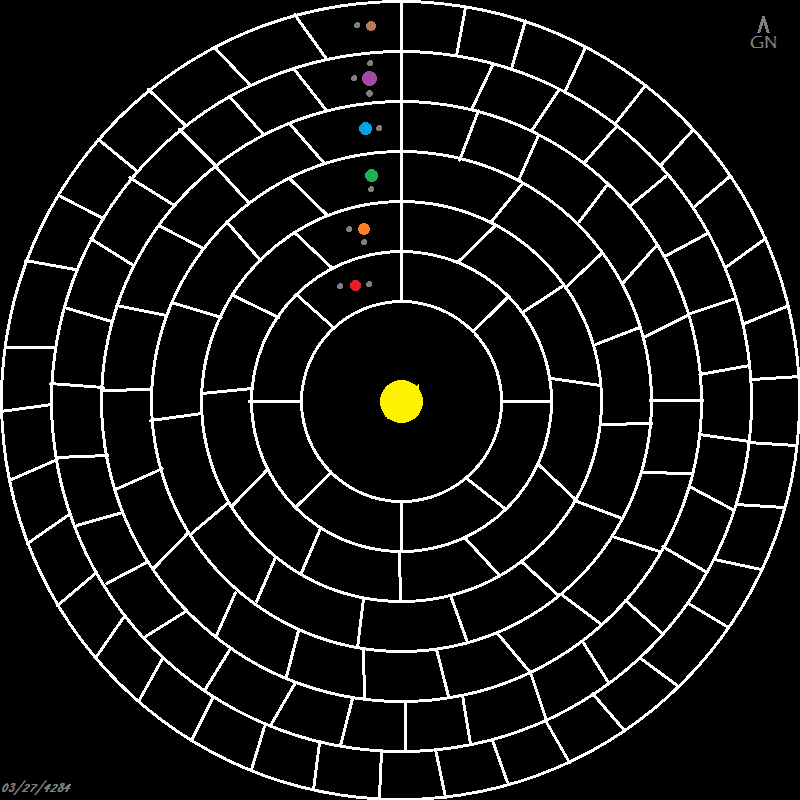 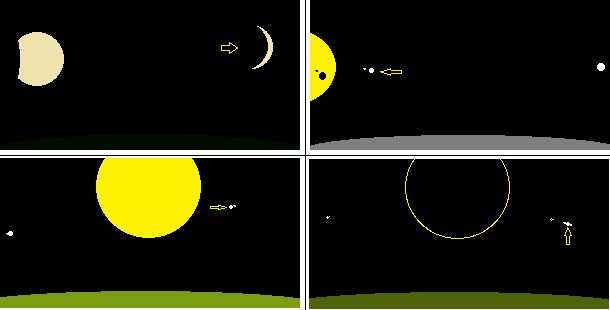 As of the writing of the note, the planets and moons are not in the position originally shown because:

So the today's orientation of the planets looks like (T+0): 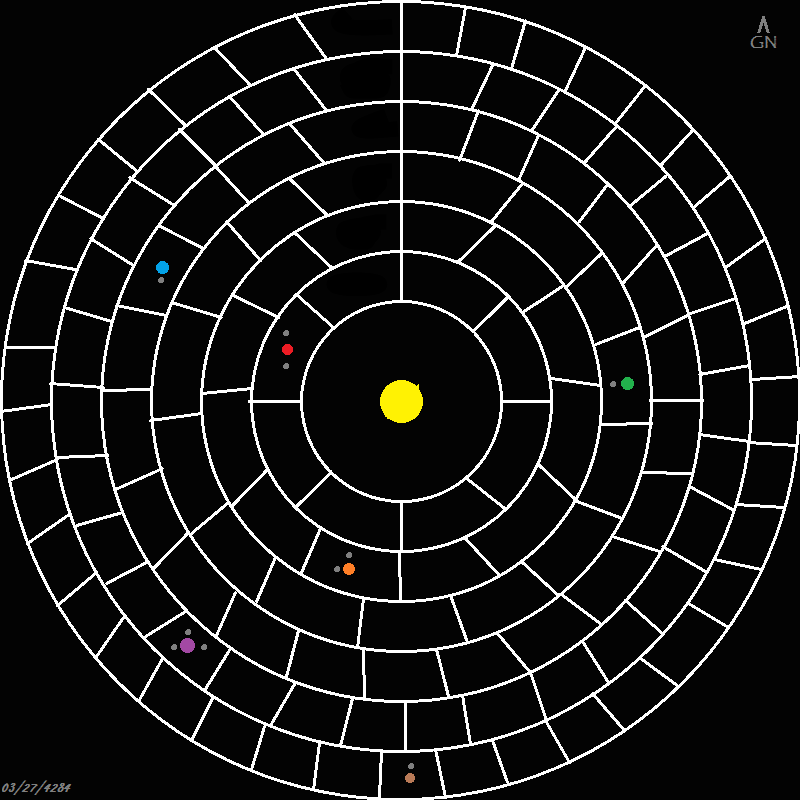 And we know that it will take 1 full day to travel to the other locations, of which there are 3. This means we will need 3 single day iterations, which should look like this: 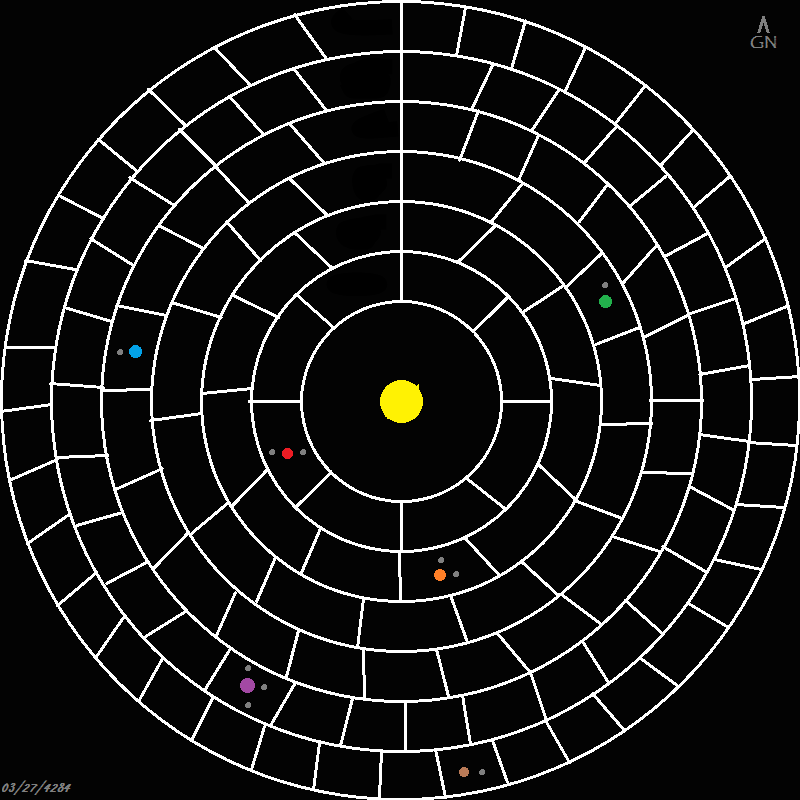 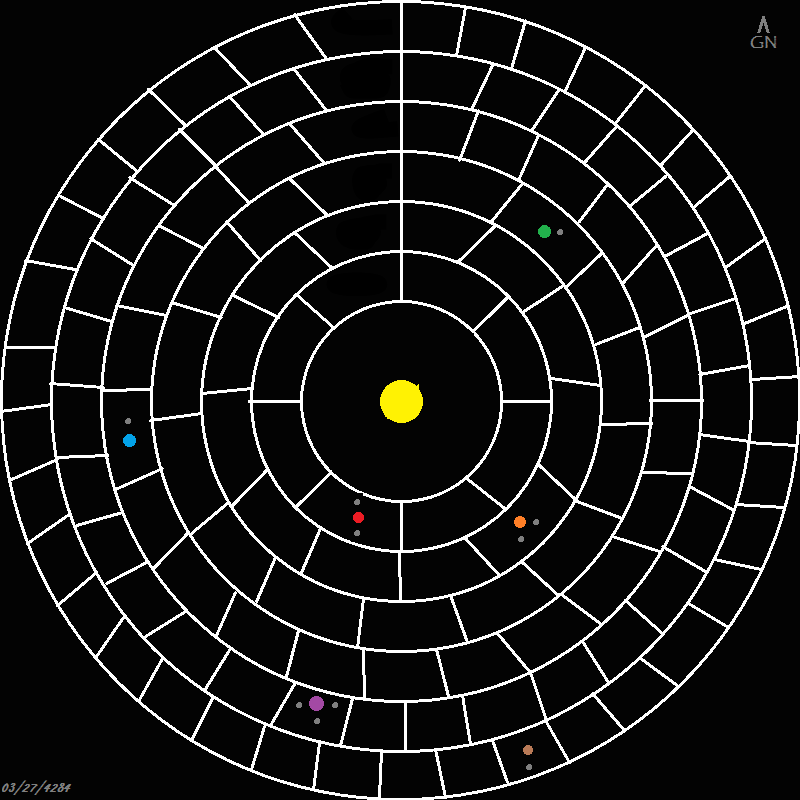 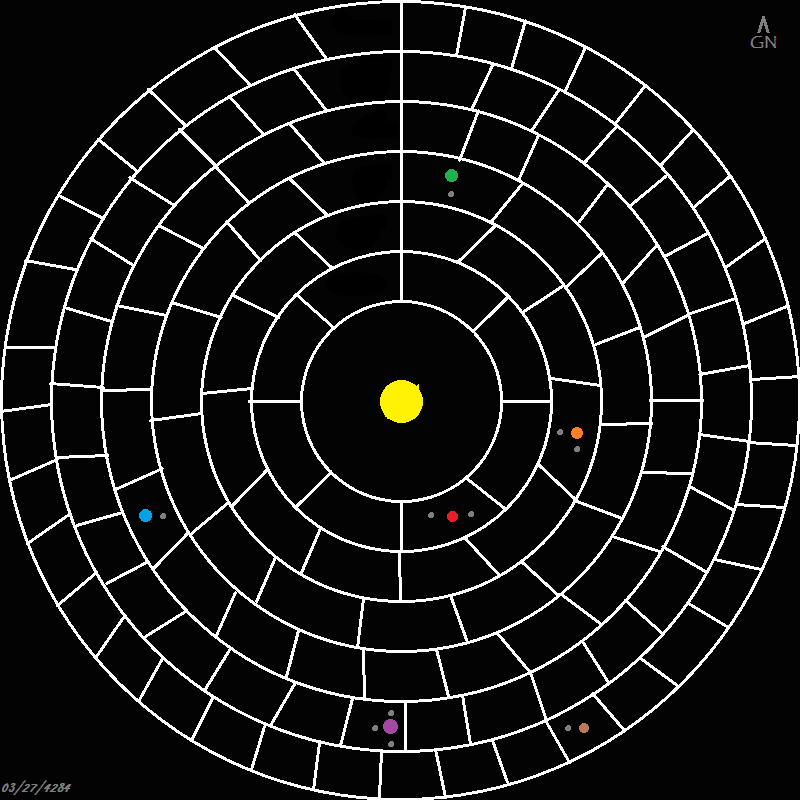 On the subject of the lower 4 images:

I'm still not sure about the journey, but it looks to me like the lower right image with the eclipse matches with T+3, and the red planet is the one indicated.

As pointed out by @elias the key is shows Galactic North. It should follow then that the note points to Galactic South. Since the journey should end at the red planet, our floating man (Arthur Dent or Ford Prefect, perhaps? ha) will be 1 sector south of the red planet, in empty space.

Not the answer you're looking for? Browse other questions tagged story treasure-hunt three-dimensional or ask your own question.

1
Sherlock and the Luncheon
102
A hunt for long forgotten treasure …but beware the pirate's curse!
5
Robot Long and Robot High
20
A pirate's treasure-hunt
6
The Group Meeting and An Argument
6
A time-traveller's puzzle
6
Journey to The Greatest Treasures of the Dungeons!
7
A Different Kind of Treasure Hunt
9
My chance at the hole
13
A story of manicheism