Not quite! But it's even easier to do! Here's what you'll need: 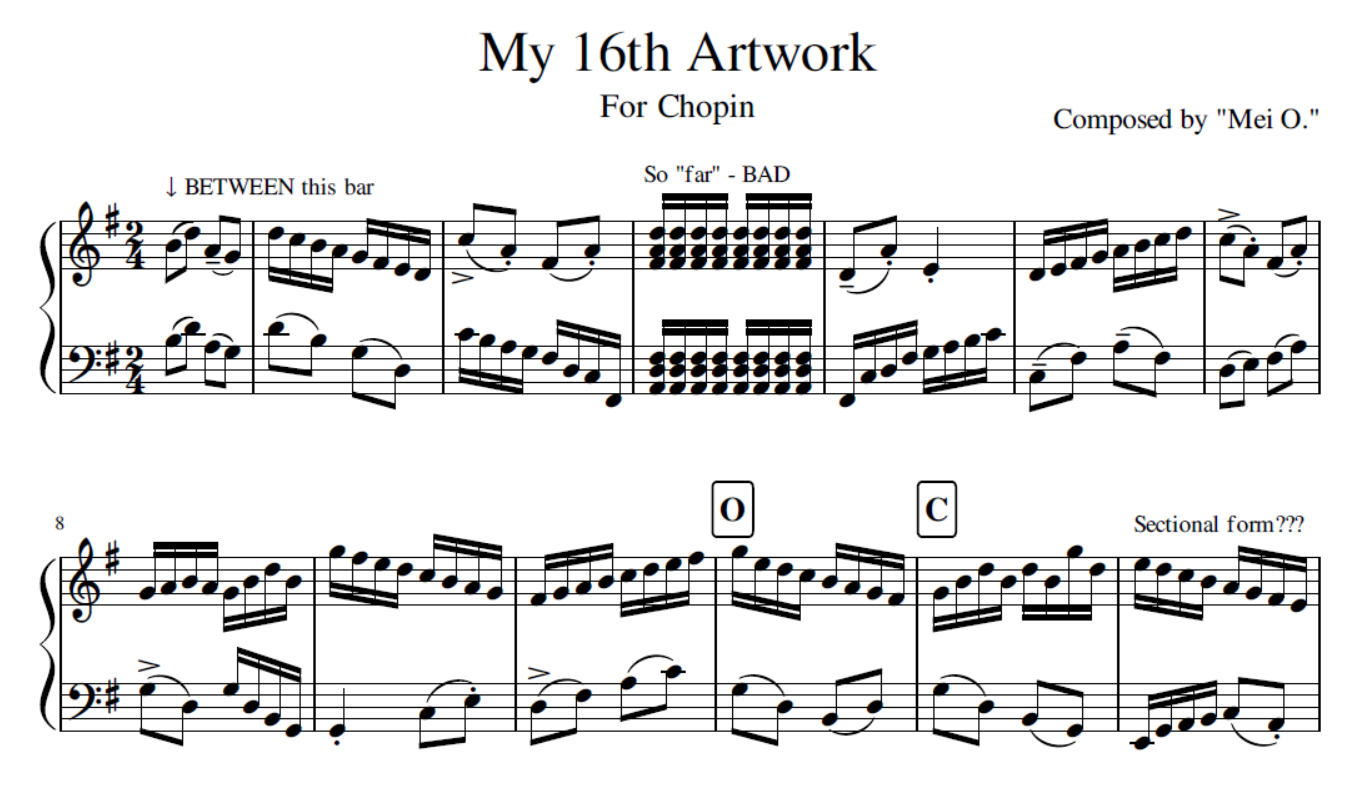 It may? help some people, but the title should have been:

The image was only broken up because the screen wasn't big enough to take screenshots.

All the text is important

Yes, a thick creamy dressing is relevant
What next? There are two linked clues in the music, the rest can be interpreted by itself then put into the music after
You might want to analyse the 'comments' for alternative meanings.

On TSL @humn picked up on So "far" - BAD having B-A-D. This clue has 3 parts, of which BAD is one of them. (There is also a subtler hint)

In that clue (^), two parts are how to decipher the music and one part tells you what in the music you need to decipher.

@Volatility was correct in finding 'mayo': you need to find similar items

The subtler hint is in the wording 'so far'

- is a tenuto [which is basically a hyphen on a note, like the first note in the left hand (bottom line) in the 6th bar.

Warning! One step of the solution!

Sections are important - but what information goes with the letters that you are given?

So... yes, the bar numbers are linked to the sections. Why don't you try applying some knowledge here (or ask google)?

The last part needs a bit of musical knowledge.

@humn was semi-right when they said they had found the last ingredient - something used there is correct.

What elements of the music have you not yet used?

Unnecessary, but here is the sound file (on Dropbox).

And here is a PDF, but across two pages, and 'Made with MixIn' is at the bottom of both pages (also Dropbox).

Perhaps a smidgen of knowledge will be needed, but not too much.

Everything is clued in some way, so no need to do something radical.

For reference, I use a movable do

It is a recipe for coleslaw (thanks Forklift). The ingredients are red cabbage, and carrot for chopping, and after mayonnaise and sugar are added, made with mixing.

For Chopin (thanks Jason)

Composed by Mei O. (thanks Volatility)

From hint given by OP

The semiquavers are arranged in a pattern (thanks humn).
It appears to be in the shape of a carrot. Image is at the bottom of the post.

Image of full score is here if anyone needs one 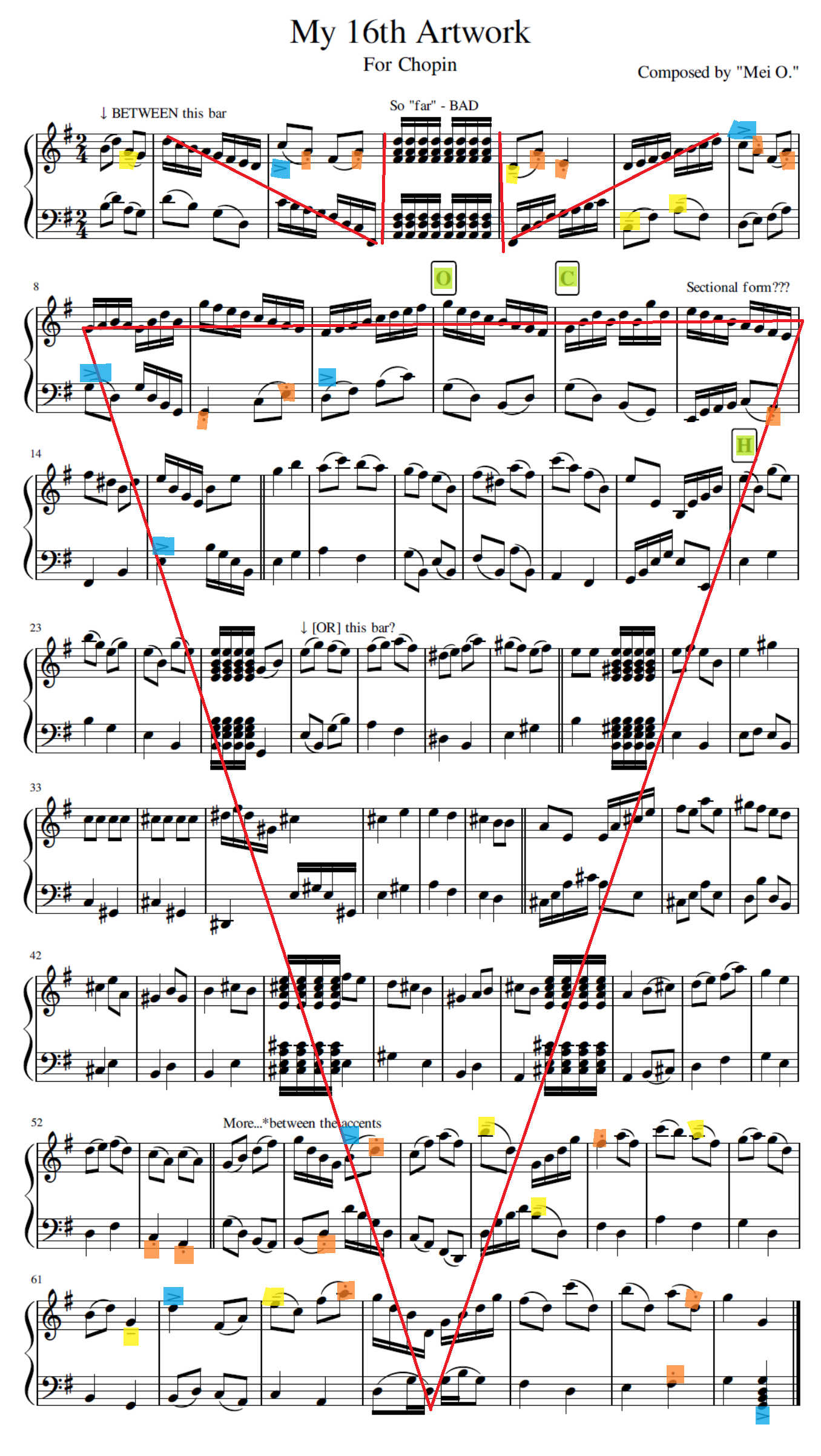 Chopping red cabbage and mixing with mayo sounds like a recipe for coleslaw.

and in the english system is:

Seems that the body "Not quite! But it's even easier to do!" is answering whatever the title is saying.

35
Lolcat Steganography: Find the message hidden within the transport medium of humorous feline photography
9
The Serpent Stronghold
3
Guess the book character!
23
Musical in Nature
6
She came back and tried to apologize
34
"The Unfinished ________ Waltz"
5
The Puzzle Hunt
16
I'm Back........!
25
12 hidden clues in just one paragraph!
1
The wellerman's lost treasure puzzle