You have three flat pieces, as shown: 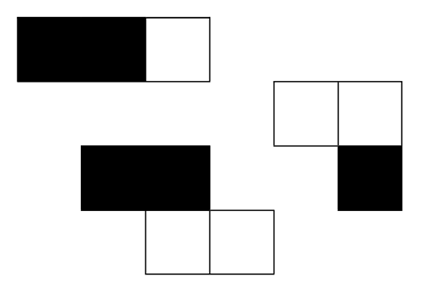 If you find a single one, feel free to post a partial.

Quick note to clarify the aim of this puzzle: This is not a trick question where you need to stack the shapes/make a 3d shape etc. It's exactly what it appears to be. The solutions are just really hard to find.

8th one’s a charm, and might well be the sparsest solution without oblique rotations: 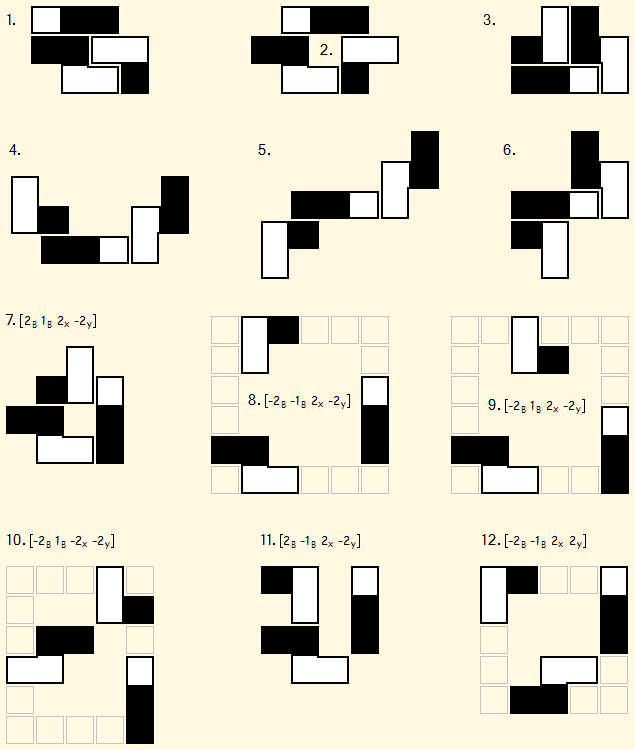 Solutions 7−12 have vector-like annotations, such as [-2B -1B 2x 2y ] for solution 12, because they can be generated formulaically. 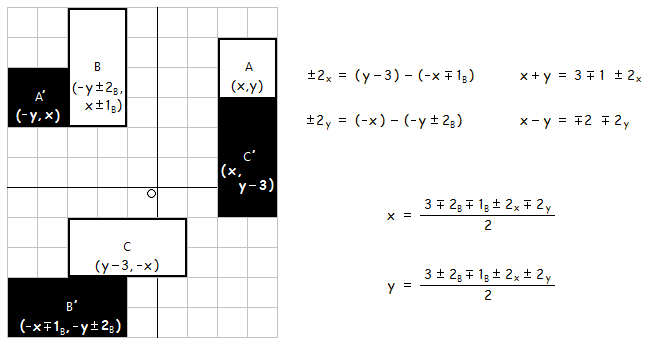 Such configurations can be rotated 90° counter-clockwise to match single squares, A with A', and double squares, B with B' and C with C'. The orientation of the L-shaped piece is determined by ± 2B and ±1B while the S-shaped piece is oriented by ± 2x and ± 2y. This generates 16 configurations but some of them are invalid due to overlapped pieces. (In fact, [2B 1B 2x 2y ] produces an overlap and is inaccurately shown in the diagram.)

Is this one of 7 solutions? 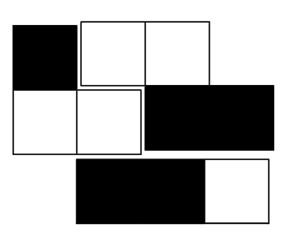 Here's one, relying on the symmetry being allowed.

The following is courtesy of P.-S. Park and relies additionally on rotation. (Thanks!)

These 3 are possible solutions 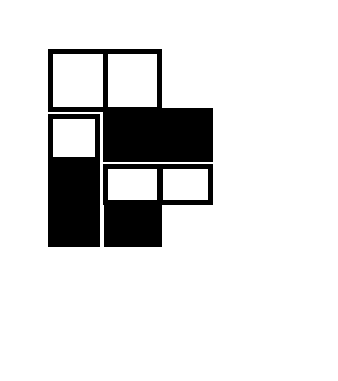 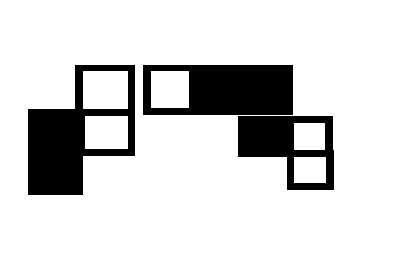 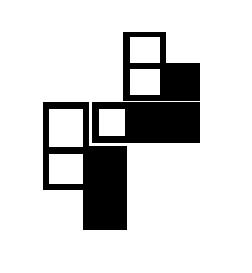 I haven't yet seen this one in the answers:

After humn posted a general formula about how to find those solutions which are based on a 90-degree rotation, I realised that my above answer could have been found with his method with parameters [-2B, 1B, 2x, 2y].

He may not have noticed, but he has found more solutions than he listed - both directly and indirectly. The above method with parameters [2B, -1B, 2x, 2y] provides a valid solution as well:

And I think his method can be enhanced, at least to find those solutions which are based on a congruence that consists of a 90-degree rotation and a reflection parallel with one of the x- or y-axis - that is, a congruence which is a reflection to a reflection which has an axis that has a 45-degree angle with both the x- and y-axes.

Not sure if I'm interpreting the 'congruence' correctly, but how about this?

One side shows the shape in its original black and white, the other shows it in terms of which piece it is.

This one I'm a bit more unsure of:

I found another and was speeding through graphing it only to discover it was Lawrence's. He beat me to the bridge! How many do we have in total now, like 5?

6
Dividing the Circle
5
Solutions for generic polyomino puzzles
37
Which 3D shape can you make out of this?
6
Find the pattern
5
How many solutions does a hexagonal minesweeper have?
12
Ernie and the unfair division of the dessert
9
Pentominoes On the Edge
22
Find 77777 solutions