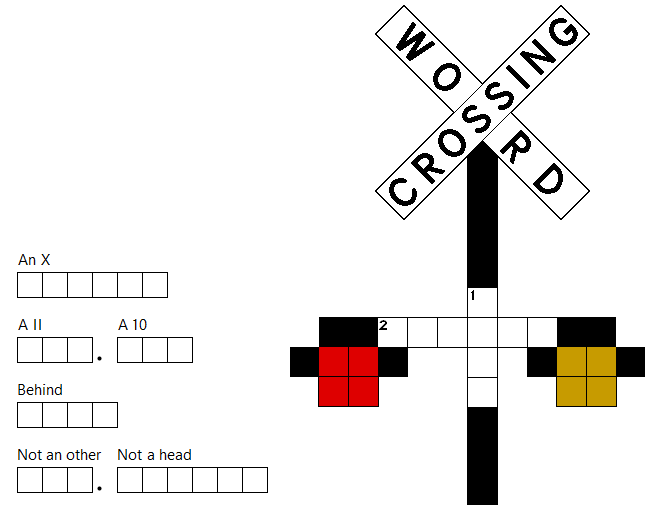 34 white squares to be filled with a letter each

The clues on the left give these:

Roughly preserving the layout, and replacing cardinal numerals with corresponding numbers, we have a proper set of crossword clues for the right side crossword:

to which the answers are   ACROSS   and   DOWN   respectively.

which of course makes sense.
Thanks TSL denizens for the right final words, though the reasoning to get there gets a little twisted - 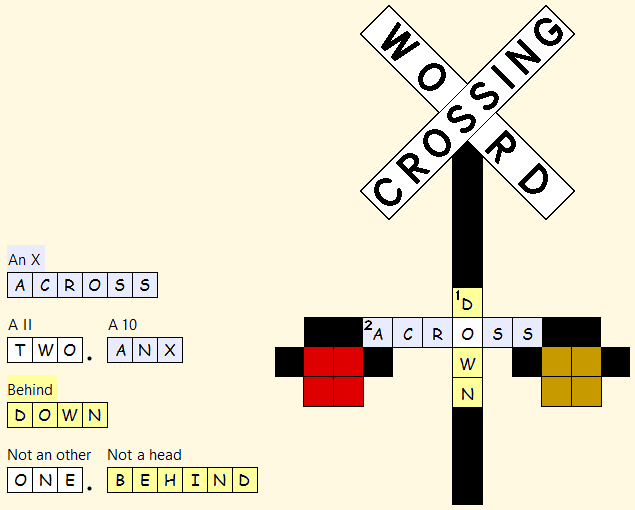 I'm not sure what to do with the right side as yet, but here's what I've got for the left.

16
Hidden Words in squares
28
Want to See My Crossword? Too Bad!
12
Five letter words at cross purposes
8
Star Crossword, and anagrams
18
Chess Enlightenment
5
A-Z Crossword Puzzle
15
Chess problem: Make a crossword in 3 moves
15
The words go marching round and round
13
A true no-no-gram