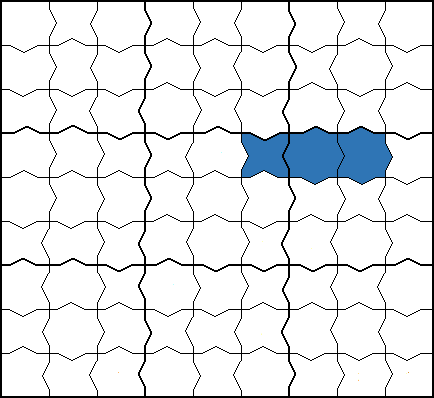 Can you find out who I am?

Some parts of the puzzle have been used multiple times to guide you in the right direction.

The numbers discovered by @Levieux are practically final and it does not matter which version of each will be used.

Take a look at the grid submitted by OP.

It really looks like a sudoku ; it is a sudoku. Arrow-like symbols are 'greater than' and 'less than' symbols between adjacent numbers. Given these informations, there's an almost unique way to solve it. 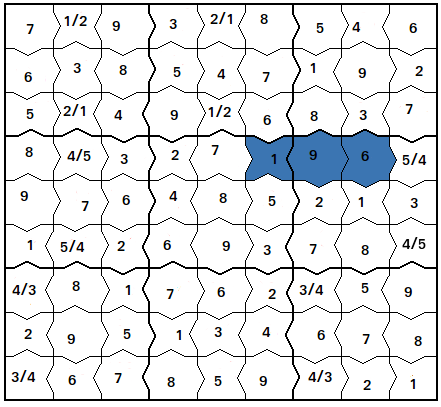 This part was solved by @elias.

which, when completed, give the digits 1,9,6 - 196 if you collapse them. 196 isn't a common number (well actually almost all numbers have some kind of special stuff, and if we find a non-special number, it will be special that it's non-special). WELL. 196 is the first potential Lychrel number - a number which cannot be formed into a palindrome by iteratively adding the reverse of itself, a process which is called the 196-algorithm. Thanks to @Levieux for this finding, and @J.R. for the 'potential' mention.

We can move on.

Using the word LYCHREL as a Vigenere key (which is advanced Cesar coding, and also a very bad way to encrypt sensitive data because of Kasiski's method for finding the length of the key) We can decode the text from OP as "You can find me at B6UVk and it is a png" . B6UVk and the mention of PNG, a picture format, guides us to a famous pic hosting website, imgurl. Using the URL prefix for SE pictures, http://i.stack.imgurl.com/codecodecode, we find the following picture. Thanks to @Levieux again.

I'm struggling with the 'spoiler' blocks. 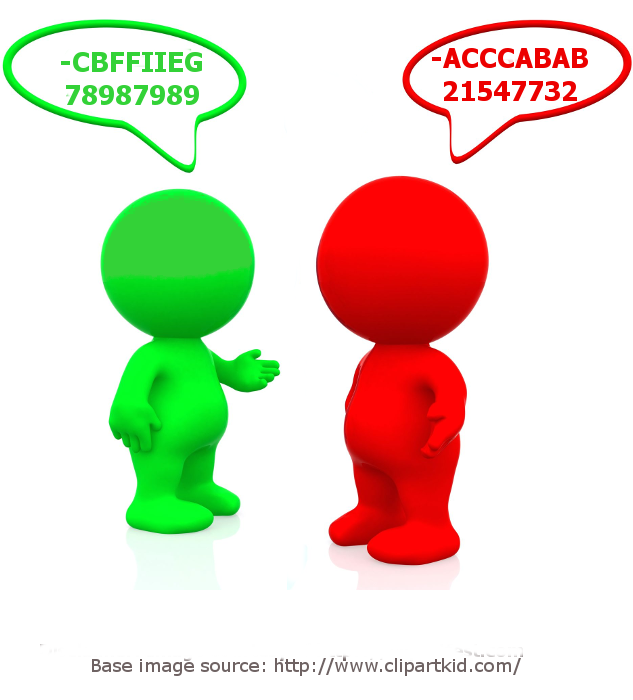 Here comes my original work (I feel like a fraud ^^)

and the hint of OP

This made me think of

GPS coordinates, which is coherent with the minus sign and the fact OP said numbers should be used as is. 8 digits is standard precision for GPS, so I first tried (-19.949134, -69.634853) which was coincidentally near a man-made rock giant.

Fiddling with the versions, one was right on it. So to your question "who am i ?" I say :

Interpreting it as a sudoku with relation signs between neighbouring cells, it has 8 different solutions, but the blue part is the same for all:

The next part of this puzzle can be found at:

The message translates to: "You can find me at B6UVk and it is a png".

Thanks to elias' solution of the sudoku we know that the blue squares form the number 196. 196 is also the first potential (not proven, as J.R. correctly commented) Lychrel number, a number which cannot be formed into a palindrome by iteratively adding the reverse of itself, a process which is called the 196-algorithm.
Now, using LYCHREL as a Vigenère key, the message "Jmw jrr qtlf tv ee M6SXr rro tr kz r tyr." translates to "You can find me at B6UVk and it is a png" (the number 6 in the image name is skipped).

So, what to do next:

Update: OP says no ciphers codes are used, so what else could we do with the numbers?
OP also indicates in a new hint that some parts of the puzzle should be used multiple times. Some new things I've tried are:
Again looking up the resulting digits in combination with the letters to find new digits, so combine 1994913(4/3) with CBFFIIEG to get C1, B9, and so on. This obviously leads to yet another set of digits. Converting these to letters (1=A, 2=B,..) doesn't give anything meaningful. Completing the same operation yet again doesn't work either.
I also tried coloring the sudoku cells based on the coordinates (both the original coordinates and the converted ones), but no letters or picture is showing up.
I tried converting the numbers based on the telephone keypad (although that may count as a cipher), but the many 9s and 1s should already have been indication that that was not going to work.
Lastly I tried several operations with the numbers 1,9,6 (using those again), like adding them to the digits we found, but no luck there either...

First came the grid-deduction Fortnightly Challenge. I then decided to look for interesting grid-deduction puzzles while I was thinking on a new type of puzzle (which I screwed up by doing too many mistakes in it). But while thinking on it, I found the empty "greater than" sudoku. I liked it and since I didn't see any of these here, I decided to make one of these and post it. Apparently, my fellow puzzlers liked it. So I wanted to make a new one, but this time I wanted to use it in a multi-layered puzzle and use the numbers somehow.

So the thinking process started again. What could the numbers be used for? Coordinates? Good. So I would put the coordinates hidden somehow in an imgur link. So how would you get to the imgur link? steganography? cipher? I wasn't sure.

And then one day I stumbled upon Lychrel numbers - I found them really interesting. Especially the fact that even the smallest potential Lychrel number in base 10 has not been proven as of yet and might never be proven. So I decided to use it as a key.

Now I started working on the sudoku itself. I made it by hand, so at the end, where I intended to put the Lychrel number, instead of 196, I had 169. So I switched the 6s and 9s. Then, I started doing the final grid in Paint.

I wanted to have the coordinates in an image and I wanted it to be pretty (not just some text on a one-coloured background). I wanted some sticky figures with talking balloons. But since my drawing skills are really poor (see the devil here, if you do not believe me), I went looking for a suitable free to use image online. After all, I wanted it to be pretty. I found one I really liked, but since it contained 3 figures (and I needed two - for the coordinates), I had to remove one of the figures. Then I wanted to put a disclaimer saying where the image is from. But since I first found it on another site, and then I figured out the source is different, I deleted the first disclaimer and put I new one (could be seen from the traces I left in the process - I told you, my drawing skills are really poor - even the use of helping programs is not much of a help, apparently).

Then, I wanted to put the coordinates in the bubbles, but not directly. Putting A1, B2, etc., seemed too easy. So I decided - letters on the first line, numbers on the second. Since the coordinates turned out to be negatives, I put the minus sign in front of the letters as well. I was considering skipping it - making you figure out this one for yourselves, once the positive coordinates throw you in the ocean, but then I thought that might be too much of a leap and besides, the minus sign might nudge you in the right direction on what the numbers could be.

In addition, I decided that I want to hint at the directions somehow with the numbers. So, for West, I used only numbers from the first column (symbolising west) and for south - only numbers from the last row (symbolising south). But I didn't want to use the numbers from one cell only and that is why I went for column/row. Then I used the $\bbox[#f55,7px]{\color{white}{\sf{\small A}sk~{\small Q}uestion}}$ button to post the image to the stack imgur site so that I could have the link for the previous step in the puzzle.

Once I had the link, I needed to hide it somehow. I thought, I would use cipher with key (the Lychrel number). But I didn't want the cipher to be uncommon and most common ones use letters (Vigenere, for example). And since I wanted this number, specifically because it was the first potential Lychrel number, I wanted to use that - Lychrel, as the key. But if I was to encode the 8 letters only, you would never know if you got it right. So, I decided to write something. And the sentence "You can find me at" even had a double reference to the coordinates - after all, the coordinates marked a place. So I went with that. However, instead of the standard jpg, I used png, so I needed to have this as well and since I didn't want to have just .png, I wrote something dumb, but understandable.

When I decided I want to use coordinates, I wanted to find something interesting these coordinates would lead to. I didn't want to just be a random place. Also, since the sudoku contained digits 1 to 9, it had to be using these digits (i.e., no zeroes). So I looked for interesting places on Google Maps. I found the Atacama Giant (among other stuff - like triangles, circles, advertisements, swastikas and so on). And I found it amusing. Especially the fact that I can use "Who am I?". After all, "I" would be the Atacama Giant.

I thought that once solving the sudoku (which takes time, more or less), the puzzle would be solved fairly quickly. But it turns out that was not the case. Perhaps, reusing certain clues (albeit, some of these were very direct: "You can find me at" obviously hints at a place, but since it also leads to an image, solvers didn't think twice of it) wasn't really the best idea and made the puzzle more difficult than I thought it would be. Also, it turned out some clues were too obscure (like using numbers for the coordinates only from a particular row/column, to hint at a geographic direction). And even posting a hint to reuse clues in the puzzle didn't seem to help much. So perhaps, I needed to put more clues in the puzzle itself - either for reassuring purposes, or for easier solving.

Not the answer you're looking for? Browse other questions tagged cipher enigmatic-puzzle sudoku grid-deduction or ask your own question.

32
Where do all the doors lead to?
5
Simple grid deduction puzzle

24
Sudoku as Poetry: A Tag-Fusion Masterpiece
22
Revenge on OEIS*
8
Unusual Sudoku Puzzle
7
Triple Homicide Sudoku
10
(6 of 11: Yajilin) What is Pyramid Cult's Favorite Places?
11
Reverse minesweeper?
3
Is this N=3 Star Battle unsolvable?
8
Density™ 4... Will there be more?
7
A Mosaic Sudoku - SS#5
15
This Sudoku Park iS LIT!