In a regular Add-A-Gram, each word in the chain is an anagram of the previous word plus one additional letter. It is possible to solve them from any entry point, and then work forwards or backwards from there.

I've decided to add encryption to the Add-A-Gram so that it can only be solved incrementally from the beginning. There is a logical and consistent way each clue is encrypted. As you go, there will be no doubt that you are on the right track.

Given the nature of this puzzle, I ask that solutions be withheld until they are complete.

Here is the definition for this Encrypted Add-A-Gram chain:

Vignere. Each clue has been encrypted with the previous clue's answer. 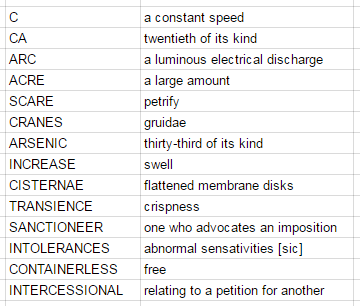 Not the answer you're looking for? Browse other questions tagged word cipher knowledge anagram or ask your own question.