A note from @Mithrandir: I have given explicit permission for @Khale_Kitha to post this, and gave him the answer to encode. If you want to post one, ping @Mithrandir in chat and we'll talk.

The lights dim and you see, behind them, an etching on the wall that you had not noticed previously. 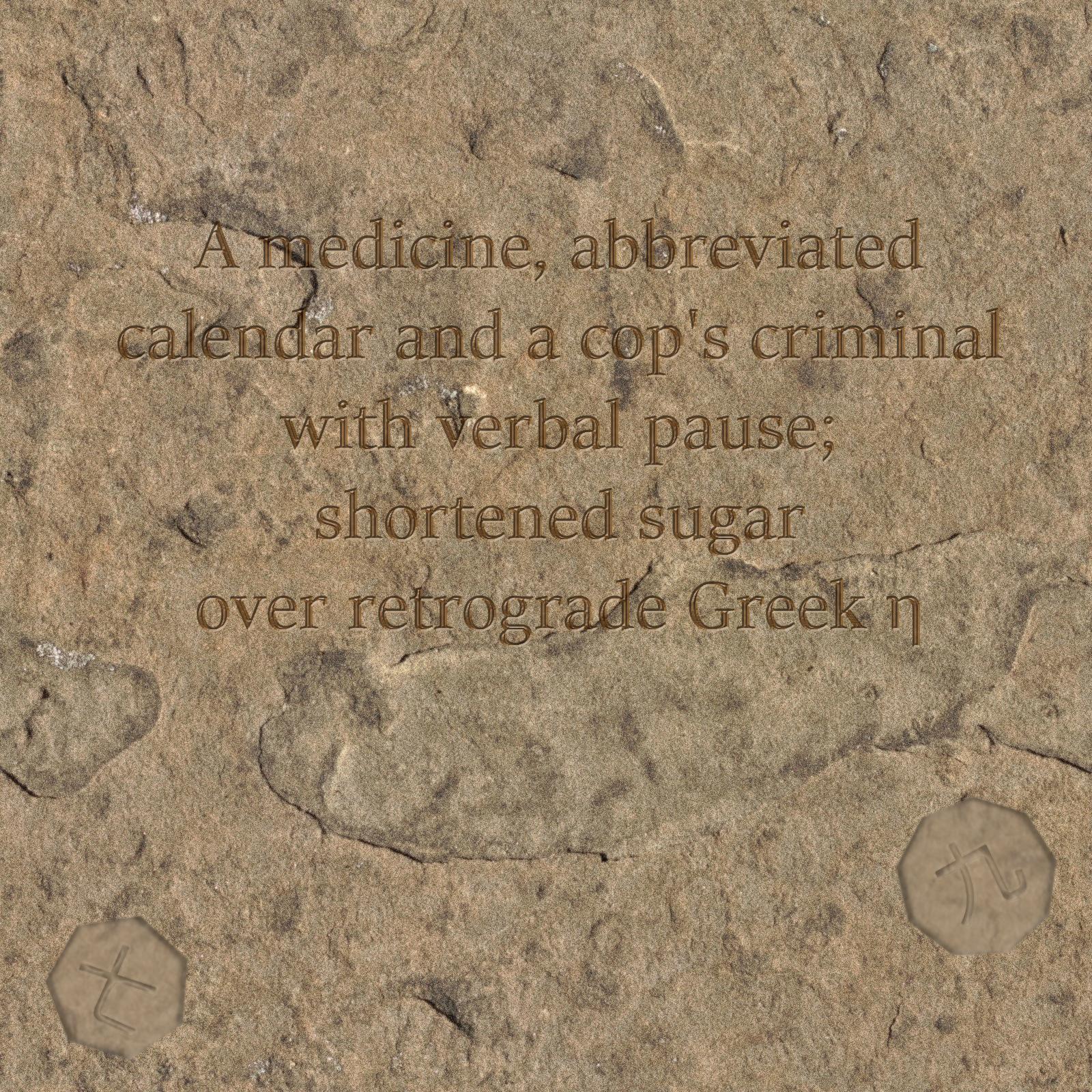 You ponder what the words could mean...

Taking the cryptic-clues at face value, it looks like

trading out GLUC for CARB - this is definition by example, but ok -
and seeing the obvious missing CI in calcium, give us:

Wikipedia tells me a confidential or criminal informant (CI) is a thing, so that answers that too. Yay, learning!

Chinese characters for 7 and 9, which is the enumeration. The sides of the polygons confirms this.

EDIT: It's since been brought to my attention that this is not the intended answer, but I fully believe it is AN answer which fully satisfies the puzzle :)

Not the answer you're looking for? Browse other questions tagged visual cryptic-clues or ask your own question.

11
Lights in the Dungeon: Hooty and the Message
3
Yet Another Six-words (------||||||)
17
The Collapse of Memory
22
What number is hidden in this map?
26
Stargate escape
13
Portraits and quotes - Clue Twenty Four
16
The Hyper-Modern Kidnapper: Crime Scene #1
10
Recondite key locked another puzzle… - Clue Twenty Nine!
4
Falcon Circus, Chapter 2: The Wise
14
Twelve Labours - #11 Hesper's Hypermarket