Consider the following grid of streets with roadblocks:

If you are facing in the direction of the arrow and want to get to the dot, the highlighted path is the shortest:

This traces out an L.

Let's try another one:

This traces out the symbol @.

Design such a grid so that all the digits 0 through 9 can be displayed in such a way, by choosing a starting intersection and direction, and a finishing intersection. There must be exactly one shortest path between these points, starting in the direction of the arrow. The 'best' grid has the least amount of blocks, because the destruction of natural environments by cities is already a big enough problem.

However, in accordance with @humn's bounty, please do post answers that might win the honorary 'architectural' prize.

Rotating the street grid is permitted when making your character, reflecting is not. U-turns aren't allowed. Your grid is permitted to have columns/rows with varying height/width as long as it still forms a grid. 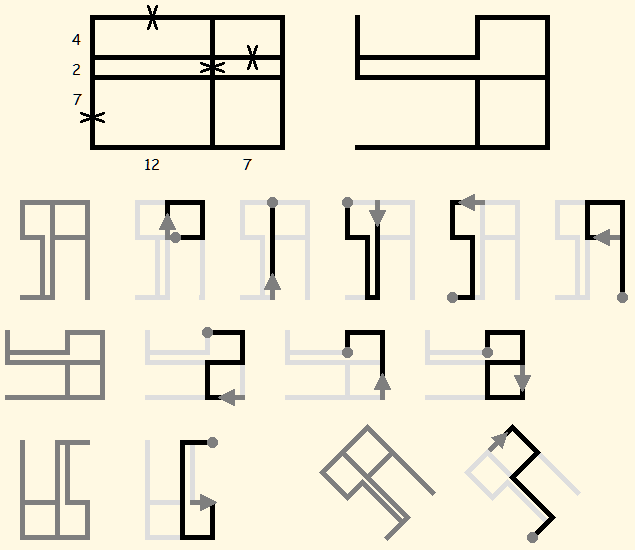 Please forgive the gap in 6 if, as it seems, 4 and 8 must have gaps anyway in any configuration where they have unique shortest paths. 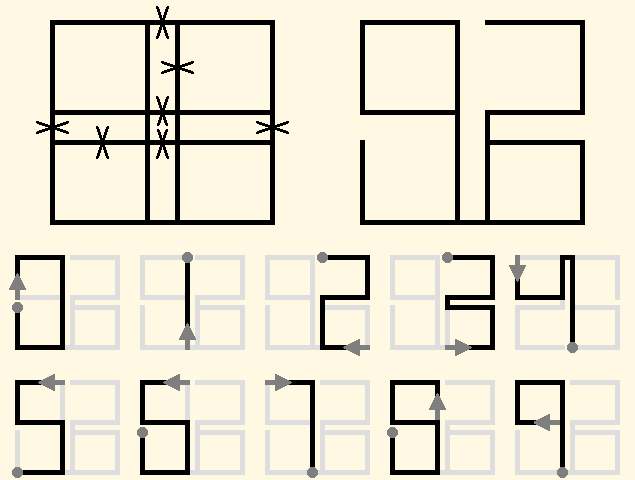 Not the answer you're looking for? Browse other questions tagged geometry open-ended or ask your own question.