I will let you figure the rules of this one yourselves. 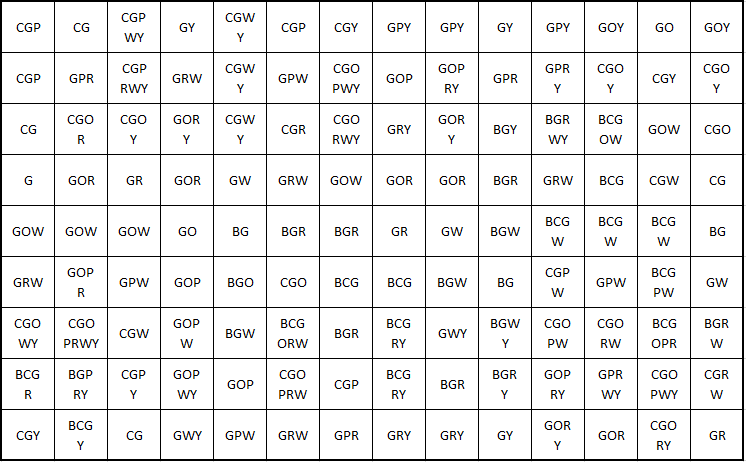 Here is the empty grid to assist solvers.

Here is a text version of the grid:

This is more of a continuation of rand al'thor's answer.

As Rand al'thor surmised the letters indicate that that cell has a cell with the corresponding colour as one of its neighbours. For instance the cells which include a Y are: 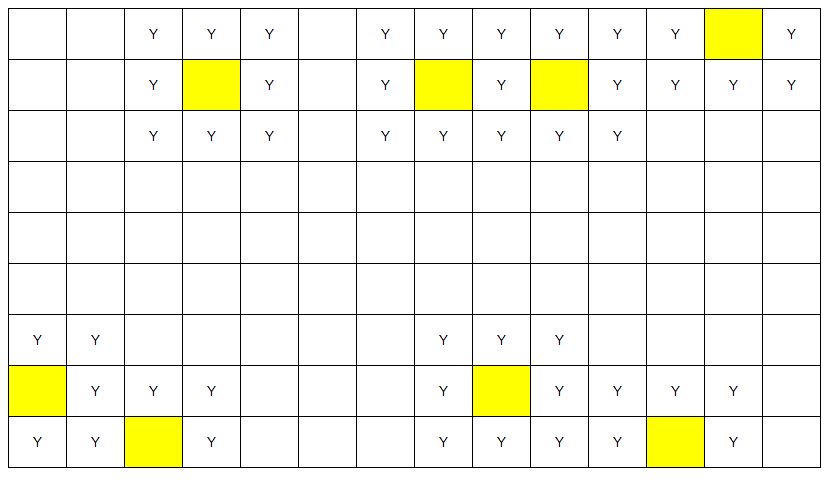 Now every cell has a 'G' (which might be an error, since for all the other cases a cell doesn't include its own colour indicator) so we can skip that since it only tells us all the remaining cells are green (I have used gray though).

You end up with the following (but here mapping G to gray, rather than green). 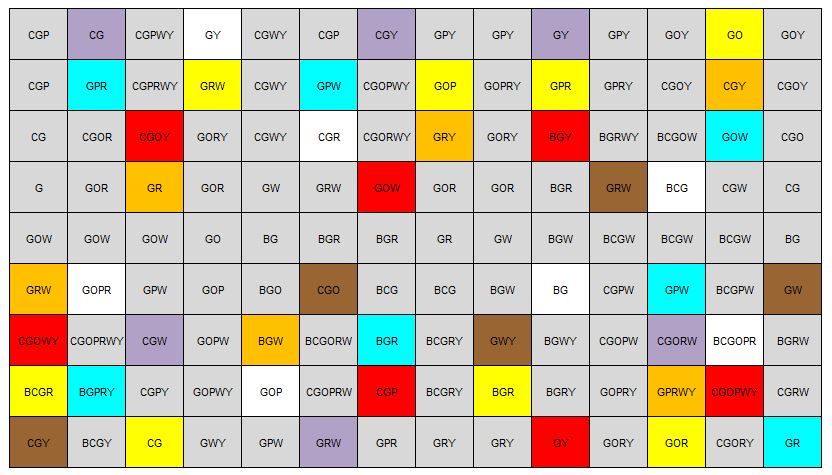 Spelling out the message "YOU ROCK".

The letters refer to colours: BCGOPRWY denoting Brown, Cyan, Green, Orange, Purple, Red, White, Yellow respectively. These colours can be seen by clicking on the grid in the OP to reveal a colour palette.

The set of letters in each cell refers to the set of colours that cell can 'see', i.e. the colours a chess king on that cell could move onto in a single move. (Diagonal must count as well as orthogonal, because some cells have as many as seven letters. The cell's own colour doesn't count, because that would swiftly lead to contradictions.)

The solution (work in progress)

NOTE: the question contains an error. (There should be a W next to d5. But it can't be on row 4 because of d3, nor in column c because of b5, nor at e5, e6, or d6 because of each other.) This answer is on hold until the question has been fixed and checked.