So I was browsing through my computer files earlier and I found a file I'd not seen before. I was wondering if you guys could help me figure out what it's about.

This is where I found it: 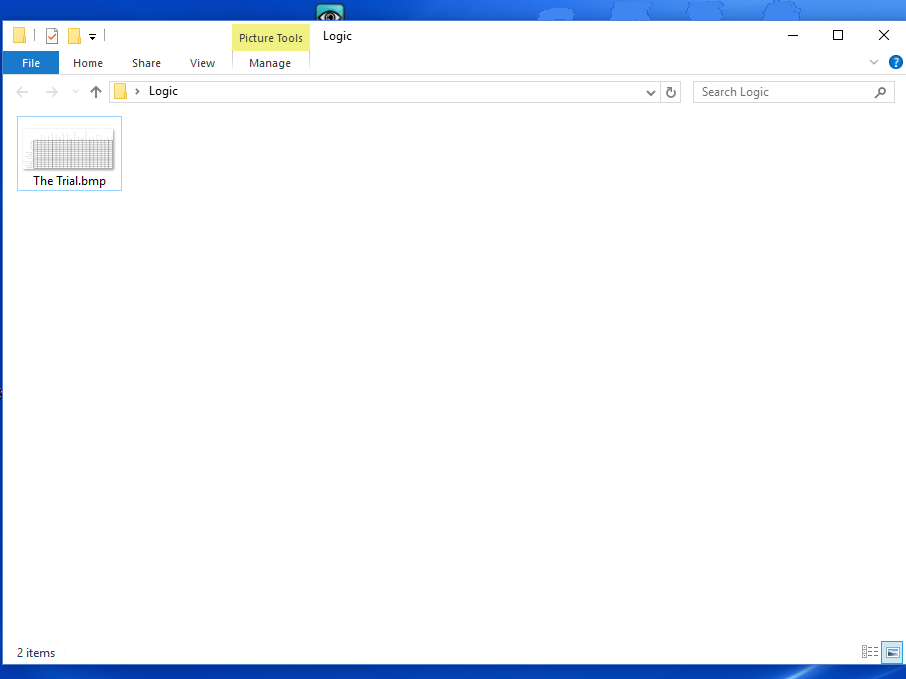 This is its contents:

What does it say? And what is it referring to?

THE GREAT ESCAPER. Presumably in homage to the PSE participant. The eye in the window's title bar is (credit to user TrojanByAccident in TSL chat for noticing this) a reference to the eye that appears in many of the grids of TGE's "WITLESS" puzzle that's currently bending the brains of many PSE folks.

The grid looks like a game of Descartes Enigma - perhaps that's where you found it on your computer?

The numbers labelling each row and column give the pattern of black cells in each row or column; different numbers correspond to groups of black cells which must have white cells in between.

Now I'm going to use light grey to indicate cells which are known to be white (as opposed to the white which is used for unknown cells), and fill in a load more. The logic is fairly simple, so I won't bother explaining every step. First progress report:

Now we start by reading some of the middle rows from the left. Second progress report:

By now the solution has become quite clear, and the rest is easy to fill in:

And the final answer is

Not the answer you're looking for? Browse other questions tagged logical-deduction grid-deduction nonogram or ask your own question.

19
The case of the world’s easiest puzzles

7
Caliban's Will puzzle
11
How do I solve this logic puzzle?
27
My Uncle's Music Box
4
Hidden Treasure Logic Puzzle
6
You Sign Me Right Round (Extended Edition)
14
Lenny’s Logical Internship
8
An altered MineSweeper
15
Stop BorgBot before it's too late!