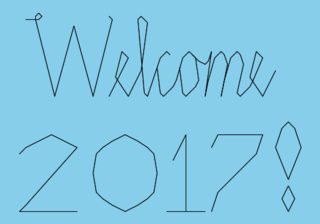 The choice of how to present this puzzle was not arbitrary. There's a specific reason for it.

There's an obvious main riddle, some cryptics, and a few bits of spot-the-reference fun in here. But don't be fooled by the presentation. Solving the main riddle requires thinking (and reading) outside the box.

Pay attention to (all) the tags.

An awesome and fantastic tools site lists this encryption as a Substitution Cipher method code. From my testing, though, you can't decode the cipher-text there, so no harm in giving you that site's domain name... so I just did.

Many of you have seen this encoding within the last week or two, but weren't paying it any attention.
People who were paying attention, probably didn't see it.

helpfulness level 6:
🔒 LOCKED     (Unlocks only if needed, and *only* after cipher is broken!)

Rubio specifically mentioned partial solutions, so I thought I'd start recording information here, starting with the cryptic clues. Unfortunately, I realized that

Italian food is PIZZA, left unfinished is PIZZ. If I and U trade places, it becomes PUZZ. If you begin Lasertaking to get an L, and take the first letters of Interesting, Now Greatly, you get PUZZLING, which is certainly perplexing.

For the cryptic clues, number 2 seems to be

STACK, which is a synonym for chimney and part of playing Towers of Hanoi.

EXCHANGE, which means replace, and is also an old partner (EX) with something new (CHANGE).

Thus, the cryptic clues spell out

Edit:I think I've figured out the next step. The only way the clues make sense is if:

The cypher text is BRAILLE, which has special encoding for quotation marks, FOR, and AND. The resulting image should most likely make an image, thus being the 'photojournalist'. I don't have the time right now to translate the whole text into braille, but I hope someone does!

Here is a Braille Visual

Wrap-up: The Making Of The Puzzling Times

This puzzle was partially inspired by I am Blind to Life where Conway's Game of Life patterns were transcribed using equivalent Braille. The idea of using Braille to encode pixels was the impetus for this puzzle. Braille cells are, quite literally, a dot matrix layout, and as dot matrix printers used exactly such a layout of dots to form characters, it seemed like an obvious idea to find text that, encoded as Braille, would form recognizable characters dot-matrix style.

The first step was finding letters that could be formed reasonably recognizably in the minimal resolution provided by Braille. 2×3 was clearly insufficient to create much of anything, so I quickly settled on 4×3—two Braille cells—per letter. But Grade 1 Braille leaves a lot of potential dot patterns unused; Grade 2 offers more patterns by adding encodings for some common English words, such as "and" or "for". Some of the dot patterns I wanted to use required Braille cells only available in Grade 2, which led me to require it. Even with that, there were a lot of letters that I couldn't make work at all, and needed 6×3 (3 Braille cells) to make recognizable M's and W's. But at the end, I had a set of letters I could use to form readable dot matrix text.
The original message I'd intended to encode, unfortunately, couldn't be done with the letters I had available to me. I decided to use "IMAGEWRITER" instead; one of the more iconic dot matrix printers of the time and one of the few with a name instead of some letters-and-digits model number, the Apple ImageWriter seemed like a good choice both for its length and for being a dot matrix printer whose name I could actually spell out in dot matrix style with the letters I had to use.

What remained now was to set a puzzle using the text that would encode to the desired Braille. I also needed to hint it in a way that would clue Braille, rather than just being a "guess the encryption" game. While thinking about how best to do this, the phrase "You'd have to be blind" came to mind, but it'd have to be put into the puzzle in a way that didn't stick out like a sore thumb. That one phrase thus largely dictated the puzzle format: print articles often start by putting the first few words in bold small-caps, which would be the perfect way to hide my clue in plain sight, and with emphasis no less. So ... a newspaper layout it would be!

Once I committed to the effort that would entail, I decided to make a paper about Puzzling Stack Exchange and for PSE users. I could highlight some recent happenings, I could repurpose a graphic from my previous puzzle, and some front page columns would let me at least tease some articles of interest to the community (and, bonus, let me use the same bold/small-caps headings in other places so the one key hint wouldn't stand out, as well as lampshade what I was doing with the other headings by making one of them ask the question What's a red herring). A main puzzle in a Puzzling newspaper would of course not be out of place, which gave the perfect opportunity to fit my main puzzle into the layout naturally. And I could toss in some gimmie cryptic-clues as a nod to PSE itself, without them seeming out of place (even if entirely and obviously irrelevant).

The stylistic decisions made, it was now time to put the pieces together.

Oh, the MathJax! I really wanted to be able to lay this out using pure MathJax - in fact, there are just two images in the whole layout, one the "Welcome 2017!" image that was the reference solution for Time for Something New, and the paper's price (One

- a bit of whimsy I couldn't resist). Learning enough MathJax to make it look how I envisioned was a minor struggle. Applying it was a major endeavor. I learned soon thereafter that some of what I did didn't have to be done the way I did it, but what I did worked and made the layout exactly what I wanted.

It was time to post, take a bit of a breather, and see what people thought.

Of course, creating this puzzle wouldn't have been possible without a way to test English to Braille encoding and to see what looked good and what didn't.
I found some tools that didn't work, for one reason or another. These Grade 1 only sites, for example, wouldn't do the Grade 2 encoding I depended on:
http://www.dcode.fr/braille-alphabet
http://qaz.wtf/u/braille.cg
http://www.translatum.gr/converter/braille.htm   (useless anyway - interface is almost unusable)
http://www.byronknoll.com/braille.html   (horribly slow)

Then I discovered that different Grade 2 sites did things differently. The input "forand" (which formed an "E") was the biggest variable; some sites rendered it with the cell for "for" followed by the cell for "and", but not all did (leading to a mangled mess instead of an "E")... and I'm honestly not sure which behavior is correct.

http://www.brailletranslator.org   generally works but mangles "E"
http://funtranslations.com/braille   mangles "E" and "A" (only site that did "A" differently)
http://braille.ru/   gets "W" wrong; spacing doesn't work well, so hard to read

Now that I knew some of the Braille translators people might well find did things differently, I knew first to make sure to add "Grade 2" as a provided hint, and secondly that I should give a little more text to help people in case they picked a site that got some letters wrong. So I added more English text that converts to "DOT MATRIX PRINTER", which would be very recognizable even if E's or W's got messed up.

The idea of making a riddle with "ImageWriter" as the solution, found by decoding the Braille, came somewhat late in the game as I was finishing up the overall layout. I wanted to make the puzzle proper something more than just "Decipher this", so I thought of ways to hint at ImageWriter outside of the encoded solution. Hinting Image as "Photo" and Writer as "Journalist" gave me the thematically fitting "PhotoJournalist?" — and mimicked the camel-case of the solution. This provided a minimalist riddle and gave me a place to hide the necessary "Grade 2" hint: amongst other hints for the solution itself.

After posting the puzzle, I really didn't have to change much.
In response to a comment by @Volatility about some sloppy looking quotation marks in a couple of the articles, I adjusted those shortly after posting. And at some point later, I made the "Welcome 2017!" graphic actually link to its origin puzzle, because why not.

Beyond that, I periodically added hints. One important hint I had always planned to add was something indicating "No key", to steer solvers away from ciphers that require keys. I opted for a graphical key-in-red-cross-circle as a hint, and added a "scratch-off" style seal to the puzzle area to hold the imgur hash of that graphic, which felt in keeping with the theme. But I originally had no additional hints planned, and I thought between the You'd have to be blind heading and the (also emphasized) visual tag, people would catch on to the encoding quite quickly. I was mistaken :)

So, over time I added five additional hints, with increasing levels of helpfulness. The first couple weren't all that useful in and of themselves, but were intended to get people both thinking and looking outside the box to see what the point of the newspaper layout might be and/or what it might be hiding. The next hint pointed the solver to a list of ciphers, one of which was relevant, and also noted that the site referenced couldn't be used to decode the text (as its Braille tool is Grade 1 only), which I thought would be more help than it apparently was. The penultimate hint pointed out the red herring heading directly, which I assumed would get people looking at the other headings to decide which were red herrings and which weren't; if that inspired anyone to connect the visual/blind clues and come up with "Braille", it wasn't evident.
Finally, the last hint all but came out and said Braille. It was a mini-riddle that I knew would lead someone to the right cipher, and sure enough, the puzzle was solved some 20 hours thereafter.

This was a lot of fun (and a lot of work!) to put together. The puzzle itself was easy to do once you figured out what it was, so the real riddle wasn't in answering the PhotoJournalist prompt, but in figuring out how to decipher the text. But it let me take what was (ironically) a rather visual puzzle to begin with, and make a visually pleasing layout around it that served to both clue and distract the solver from the real hints for the puzzle.

I really wanted someone to have an "A-ha!" moment while solving it, and I hope that indeed happened.

Overall I was pleasantly surprised with the reaction to this puzzle; it was something new for me, and it was rewarding seeing people's responses.

I'm contemplating making The Puzzling Times a (not-too-frequent) recurring theme for future puzzles... if you liked this concept and would like to see more done with it, please let the Editor know (in the comments below). :)

Thanks, and Keep On Puzzling!

The scratch-off Hint is:

Not the answer you're looking for? Browse other questions tagged riddle cipher enigmatic-puzzle visual cryptic-clues or ask your own question.