Where in the world am I supposed to go?

Not long ago I received an unsigned note that read:

"meet me at the train station at noon on Friday"

Followed by this riddle:

The key to your curiosity.
Lies in this riddle quite plainly.
Forty five before it was.
Now a tribe but once did buzz.
Though quite religious I’m historic too.
and followed by industry, book, and news.

And a couple paragraphs of numbers and jibberish: 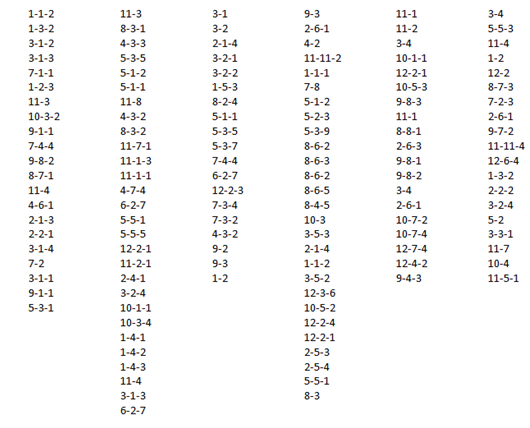 There is no train station near my home. So where in the world do they want me to meet them?

P.S. Line four of the riddle might be misleading to those that spend too much time on it.

here is another line to the riddle.

I'm mostly desert with a little e.
was proposed but never would be.

A partial answer and some musings.

... was posted as separate riddle and Will has cracked it. It refers to the proposed state of Deseret.

... turns out to be written in the Deseret alphabet, an alphabet that uses English phonems. That explains why there are more than 26 glyphs. (As much as I'd like an English alphabet that actually reflects pronunciation, I found it hard to decode.)

At this point you've found out two of the four,
But trust me, there is still much more.
Above is the lock, below is the key
And by that I mean the numbers you'll see.
I'll give you a clue so as not to be cruel:
Line, word, letter will be your tool.

... are references to line, word and numbers of the first two poems, numbered consecutively. The seventh line is the first line of the Deseret poem. When there are only two numbers, the whole word is taken, otherwise the third number is a reference to a letter in the word.

Hooray! you have made it this far.
You might not realize how great you are.
Forty fives first governor is the key
The part of his title that's shared with me,
I'll give it away I'll make it public,
It s a key word, cipher one quite basic.

The last poem decodes to:

Understanding this puzzle can only be done
By following these steps one by one.
Scramble my heads and you will see
Where you should go and Where you should be.
If you are confused and think I'm vague
Look at the end of the first three riddles I made.

It is just a substitution cipher that uses the alphabet

which is a keyed alphabet generated with the OP's username, "Brigham" as key, the "part of his title" that Brigham Young shares with the OP's name. The text was already decrypted earlier with the help of our friend Quipqiup.

The answer to the question in the title – Where in the world am I supposed to go? – is:

UTAH. The first letters of the four stanzas are T, A, H and U. Rearranging them gives Utah, the 45th state of the United States. Utah is heavily linked with the Latter-Day Saints, the recurring theme throughout this question.

Finally, the last letters in each of the first three stanzas are SLC, which is a common abbreviation for Salt Lake City, Utah's capital. So we should be at Salt Lake City railway station on Friday noon.

12
The horrible wordsearch: Can you decypher the word-search puzzle to find the final clue?
12
What's our Name? (Also: improve my riddle)
6
I am Blind to Life - A strange riddle
4
A riddle about unusual terms and history
6
Journey to The Greatest Treasures of the Dungeons!
6
Base what? Oh, great, now I need magic
7
This is for Duck (Original Version)
4
Tokyo metro puzzle #5
3
A book of mystery - Page I