Cryptic Rebuses at the Zoo 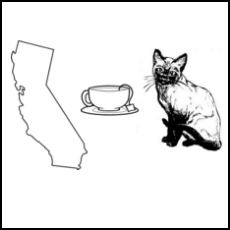 Great, you're all caught up. So, without further ado, I present to you the zoo: 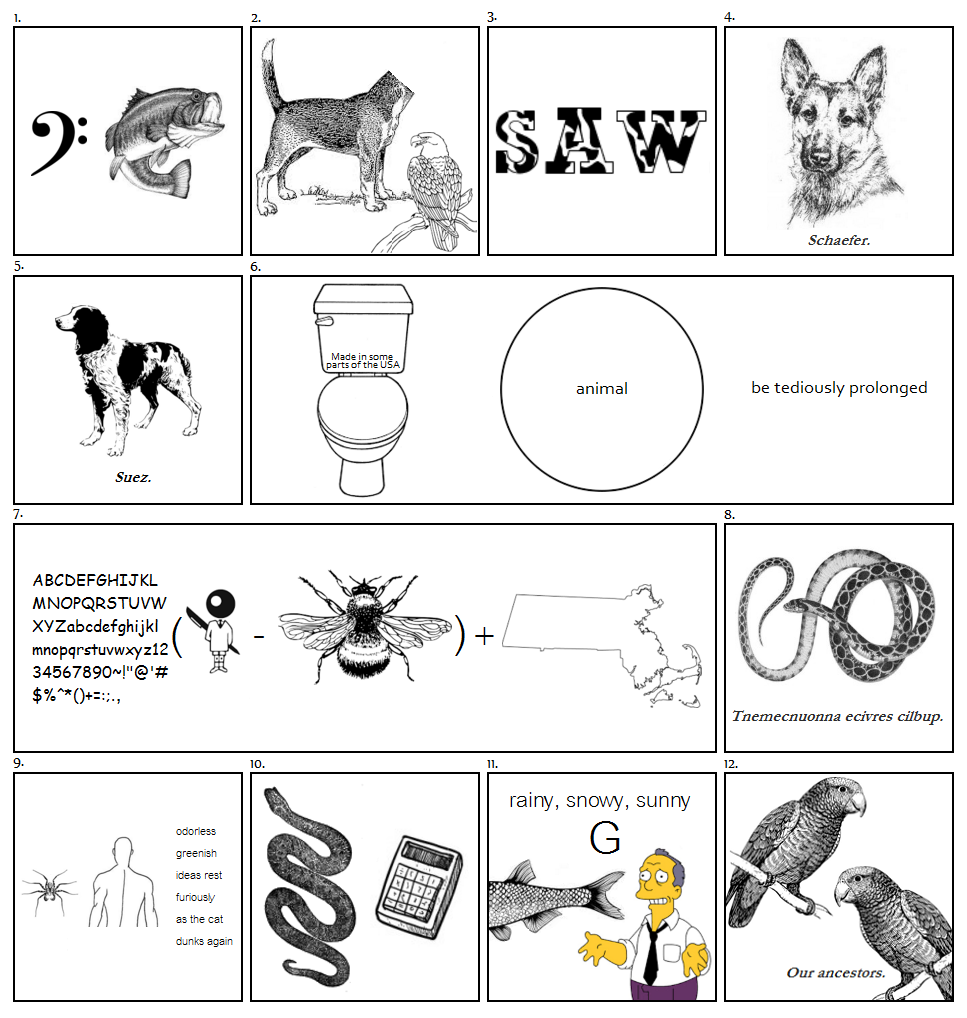 *I don't own any of the images from which I drew in making these puzzles. Where possible I tried to use public domain images (in particular, images from very old books). I believe I may be using the rest in accordance with fair use.

Completed Answers
Thanks to @Chris Cudmore, @Volatility, and @M Oehm for key contributions, and to OP for guidance and a fun puzzle.

Komodo Dragon (Commode+O + Drag On; [def] animal)
Borrowing again from @Chris Cudmore here, and thanks @Volatility for the proper construction.

Comma ([def] Last text character is a comma; COMic sans[without] IC[BIC-B] + MA=COMMA)
@M Oehm identified this as a butterfly—and the Eastern Comma is a butterfly of Massachusetts.

Redips (Spider + Back + Words; [def] dunks again)
The text ends "dunks again", which @Chris Cudmore points out can be interpreted as "redips".
The remaining nonsense words are just that. Words.
The two pictures are Spider and a man's Back.
Put them together as indicated to get both def. and subsidiary indicator.

Gill (G ill [under the weather]; [def] part of a fish; Gil).
[A gill is, serendipitously, a name for a female ferret—a connection not intended by OP. In any case, thanks to @M Oehm for ferreting out the ferret; I think we had all assumed all answers would be animals, and without his contribution I would have kept looking elsewhere.]

May as well chip in a few

Bass - a type of fish. The music symbol on the left is a bass clef

Adder - a snake and a calculator adds numbers

The image can be interpreted as "SPIDER BACK" and the last line of text is "Dunks Again" which would be "REDIPS", or SPIDER backwards But I don't know where to go from there.

Not the answer you're looking for? Browse other questions tagged knowledge rebus cryptic-clues animals or ask your own question.