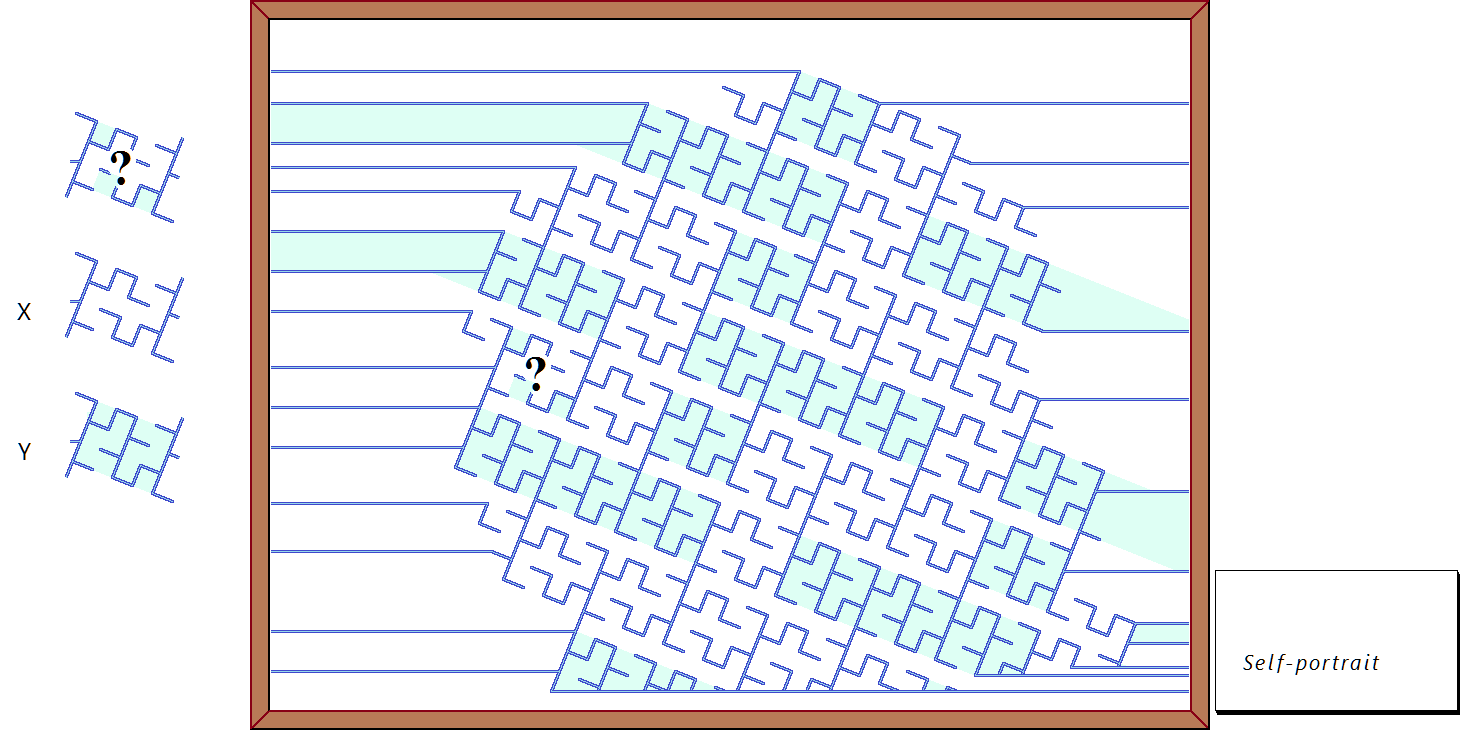 The portrait cannot tell whether fragment X or Y belongs at the ? question mark.   Can you? How is it a “self-portrait”?

Let’s say this painting is encountered amid the shadows in Mortin Myes’ Second Cryptic Gallery but, despite its caption, is not a likeness of the artist. The maze-like tilted area represents an infinite planar pattern that repeats in many ways yet not entirely, with shading to help distinguish two types of recurrent 3×4 rectangles. (The undecided rectangle at the ? question mark has ambiguous checkered shading.) Horizontal lines decorate loose ends where the displayed pattern is cropped.

That maze-like pattern indirectly represents a hidden image with all the answers, if understood. Some hinty practice sketches, slightly misordered, demonstrate the artist’s portrayal technique and the infinite test patterns they indirectly represent and secretly convey. Note that blankness conveys a checkerboard-like result, whereas one of the nonblank patterns produces a similar but shifted result. 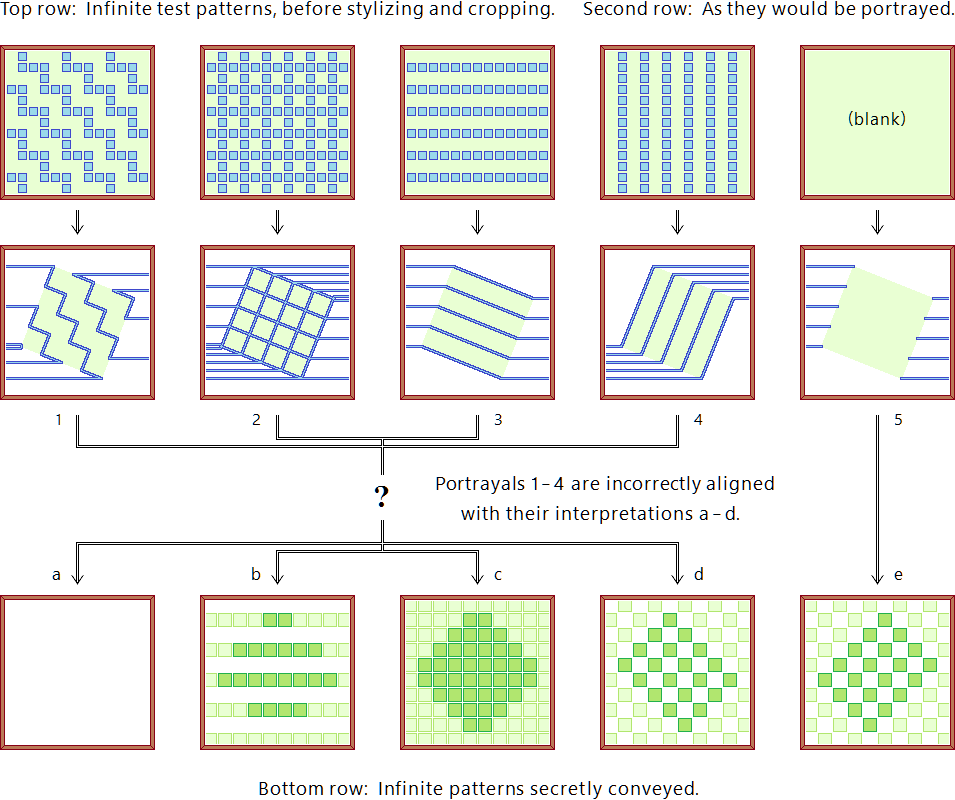 Everything pertinent is diagrammatic, with no letters, numbers or colors to consider. The most you need to solve the self-portrait is something to draw with, not even electronic as the solution can readily be described in words.

Bonus / bounty question: What mythical creature (yes, being bonus, a certain creature I happen to be thinking of) can be discovered in the selfie’s undisplayed pattern extension?

Y. Fill in the background colors and its an inversion of the smaller part. In this instance the white goes with the borders/lines and the blue goes with the blank space or corridor looking area.


Too-much-for-a-comment interjection by this puzzle’s poser

This answer seems to hinge on an astute observation about the shading pattern. Here is what I think "fill in the background colors" means, and a flip of Y that resembles the result. 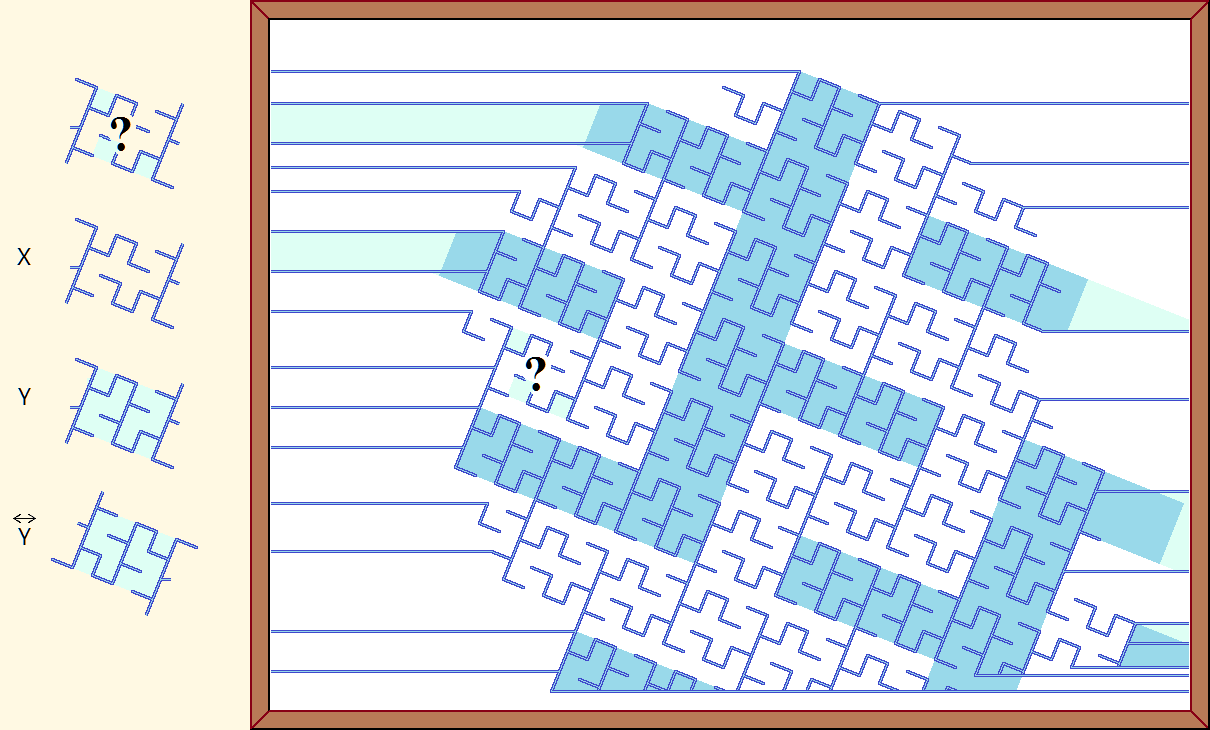 And here is what I think "fill in" and "inversion" mean together, and a rotated flip of Y that resembles the result. 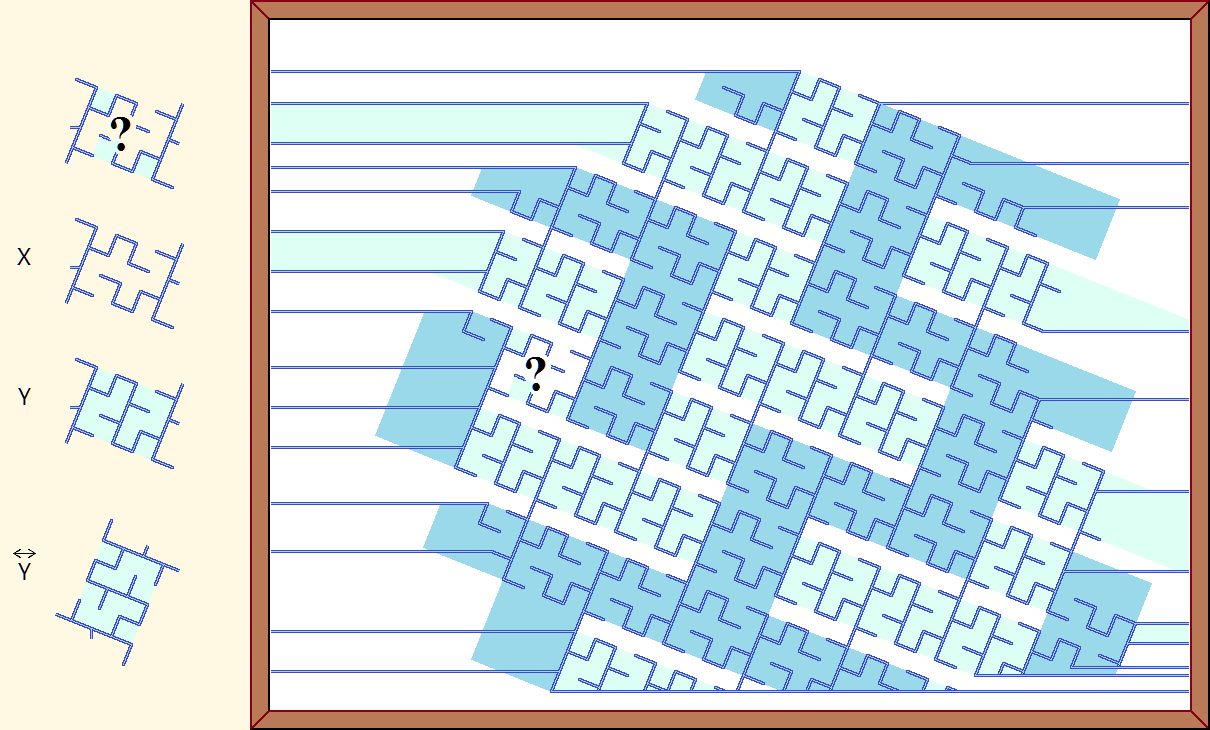