Note that all 'information' is fictual

The postman arrived with a bundle of letters. I went out to get them. Look through the bundle, I suddenly noticed some curious - the last letter was a poem, from a friend, titled Caesar's Perich. So I did some research and apparently Caesar's Perich is a legendary device known to turn stuff into gold! So I read the instructions in the poem and set out in search of this device. 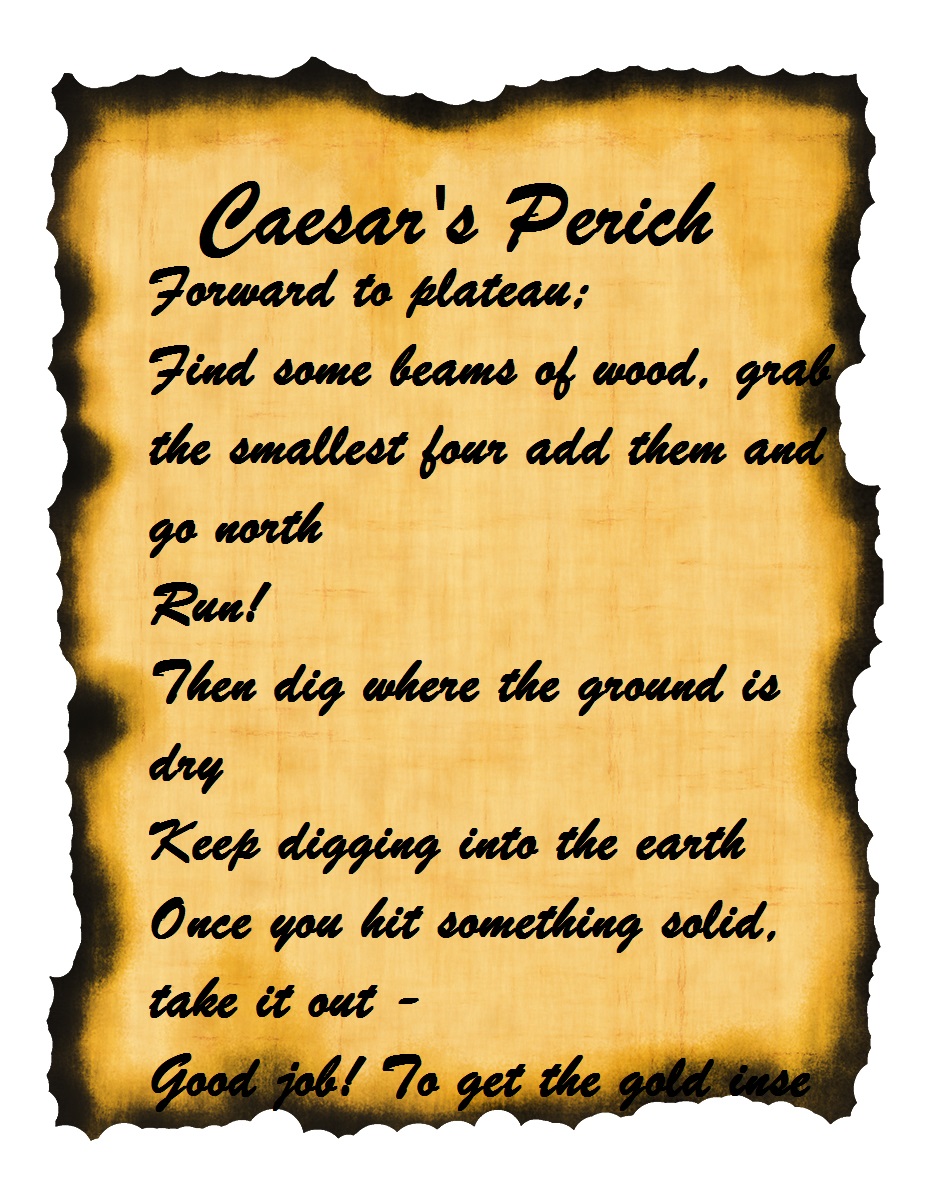 It was a large-ish object with two holes. I looked at the poem. What was that last line?

That's annoying. The bottom of the page has crumbled off. I thought to myself, "let's try throwing some random items inside". So I looked around and found some leaves and twig lying around:

When I threw a TWIG inside, a gust of WIND came out the other side!
I threw a LEAF in, and a LOCK came out.
Experimenting, I threw another LEAF in. This time some FIGS came out.

Now I'm confused. Can you help me work out what to throw into the device to get gold?

It's not cryptic clues in the poem, but rather something else that can be Caesar Ciphered... (actually two things)

"Add them" has to mean something. I tried it, and I found that, for the cipher examples, examples 1 and 3 both have total ROT sums equal to 43 (the sums of the ROT values). Example 2 has ROT sum 43 if you change the 0 into a 26 (since ROT is done mod 26, this is a reasonable mutation). I am as yet unsure of the meaning of the number 43, but this isn't coincidence.

"dig where the ground is dry" makes me think of DIG -> DRY: 0 17 8 although I don't have any idea if this is helpful. I feel like RUN fits in here somewhere as well.

The - after "take it out" is not coincidental, since most other lines don't end in punctuation. I'm not sure what it means though.

"Run!" and "Good job!" are too esoteric to not mean something. There is something key to these phrases. My guess is: There are 6 capital letters in the poem, not including "Forward to plateau". There are 7 letters in "Forward" and "Plateau". Therefore, if you take those 6 letters (FRTKOG) and find the pattern between them, the 7th letter in that sequence is the first letter of whatever you need to make GOLD.

It seems like there is an algorithm used to convert/shift each letter to a new letter. So, I will try to split the algorithm in 4 parts.

Not the answer you're looking for? Browse other questions tagged word cipher story poetry or ask your own question.

17
A crumbled, jumbled poem
27
Cryptic Poem: a study in what?
12
The inheritance of Mr. Jones
50
Find the treasure before Dargloc does
6
Journey to The Greatest Treasures of the Dungeons!
5
Which poem is this?
46
One 'double agent' two-step on a waltzing floor
5
A color mixing puzzle
8
A Cryptic Morality Tale