A Christmas Tale for 12

Winter holidays were in full swing, with exxcitement all around. FriEnds and family were eager to shkare the gifts that they had found. Befoqe they could commence with gift giving, however, it wbs the time for the meal they would all share together. They all gathered around and each sat in their seat, to celebrate Christmas Day and enjoy all they could eat.

Yams, turkey, potatoes, and green beans were just some of the foods, all lining the table and just waiting to be cheWed. There were 3 whole chickens and 8 do en cookies, this party was most definitely not made by roockies. They told stories and tales to those they were with, it tr ly was a magical way to spene Decelber 55th. Then after the meal, the host made a decree, "Let us go open the presents under the tree."

Xenomorphs, Wookies, Pokelon, and comids wwere opened with joy, as aLl of the guests tore into their toys. After everyone finished, in the zzone of 6:00 in the night, the host popped in a movie and turned down the light. The movie was great, with laughiter abound, and after a few more, they decided to play a game, and all gathered around.

Dice were rolled, and pieces were moved, in a major game for the ages; yo would have approved. They started with 6, all battling to be the bdst, and then there were 4, to the dismay of the rest. One by one the p1layers were defeated, until they were left with jjust 1, and the dlaims that he cheated. "Good game", they all said with a smile, when inSide they knew, they should have won by a mile.

Fire ying down, the time for leaving had come. There were plenty of hugs, and lots of kisses from mum. They all bundled up, donning their hats and their coats, along with their gloves, earmuffs, and scarVes 'round their throats. It was time to fight the cold as they waglked out the door, but without puestion, it was defioitely worth it, there's no where they'd rather be more.

Rubio has already made some headway on this one. From a comment the OP made to that answer and from the title, we know that ...

position
WYXDF – the first letters of each paragraph

All categories form a "word" of five letters and digits. Sometimes, a letter has several markups. This is best seen in edit mode, where the markups stand out. (The hyperlinks are impossible to see in the regular post.) Sometimes, errors have to be interpreted specially. For example, 55th has two spaces before it, so it isn't a 5 that should be a 2, but a wrongly repeated 5 and a space that should be a 2.

The pattern of the resulting words looks familiar.

The five-character strings are addresses on i.stack.imgur.com, as Sid has already pointed out in a comment. Using the words above as imgur codes, only four of them yield sensible images, which all follow a certain pattern.

Imgur codes are case sensitive. Maybe there is a way to find the correct case for each letter, but if so, I haven't found it. Somewhat inelegantly, I resorted to trying out all possible combinations. 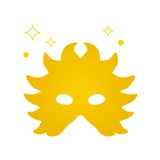 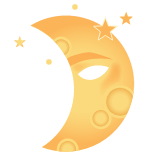 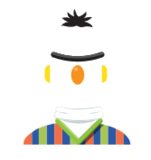 These are the first twelve secret hats that were found in Winter Bash 2016. (The OP kindly nudged my into the right direction in the coments below. I suspected that it had to do with hats, but thought that there should be a common theme to the hats. I don't hate hats, but I don't really collect them either; otherwise I might have seen that I had already got two of the secret hats.)

Not the answer you're looking for? Browse other questions tagged story steganography seasonal or ask your own question.