Plenty of Clues in the Crossword

This is a variety cryptic. Each clue or answer will be modified in one of four ways:

Each of the clue types has exactly a quarter of the clues: that is, there are 11 clues of each type.

Due to the nature of these clues, enumerations have been withheld. However, this information may be useful to you:

Oh, one more thing: there's another gimmick that I haven't told you. I believe you'll be able to figure it out on your own. 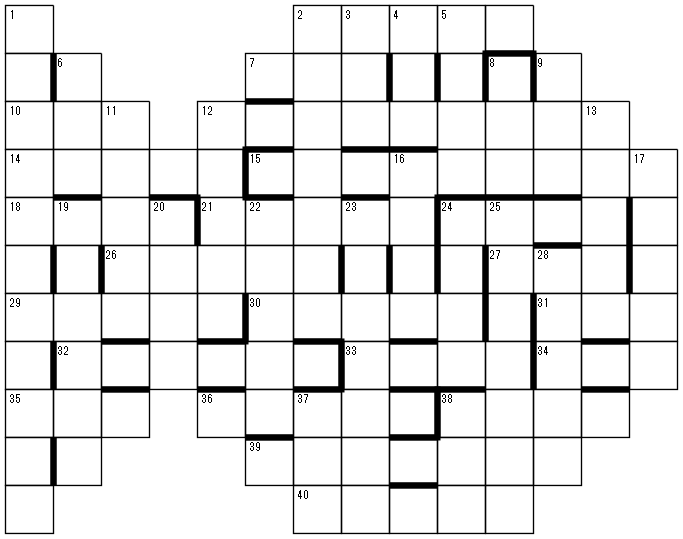 1 Peace changed armed fronts' repulsive commercials
2 Storefront, in repeated task, put up text again for the audience 3 Consumed some swine with wooden blade pusher
4 Backtalk, farewell - missing hoe gone
5 Satisfy without game? Just some letters, I fear
6 "Programmer without borders" from Tokyo back in the olden days
8 Importantly, outside, none excited Edd
9 Guide glitchy Neo home
11 Ocean's desire for hissing god
12 So, about Cats: both ways are abrupt?
13 Toy spread oddly in center of empty pedestal
16 Boy sent north to get figurehead -- large
17 Accept N→Z→N perhaps?
19 Throw funeral cloth away for the Reverend - a game where you fit things into a hole, perhaps
20 Tea for detailed point
22 Auditor moved back of garden to front, leading to pain
23 Throw jars at drunkards
24 Lizards moved through water, mouths returning song
25 Spaniard, the best at folding very soft support for 23D perhaps
28 Crime understood: technique's second half turned back, dropping unknown tie
37 Evaluates a hissing, punctuated by echoes
38 Input "one" - is she broken? Trouble 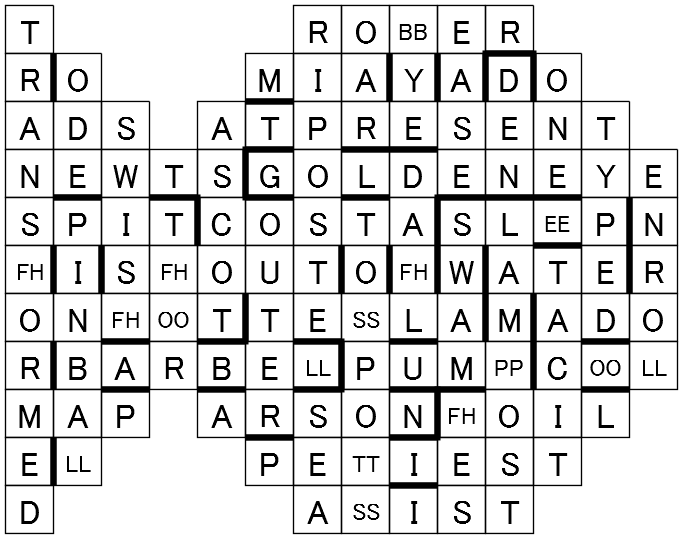 The four kinds of clue, less obscurely described, are:

ONE CLUE (lonely): These are clued normally, but have one or more double letters in the answer which on entry into the grid are collapsed into single letters.
TWO CLUE (twins with identity crisis): These are "double-wordplay" clues, consisting of two wordplay parts with no definition. The definition is one of the extra words from a Red Clue.
RED CLUE (communists sharing parts): These are clued normally, except that the first and last words of the clue are not used by the clue itself but form definition parts for Two Clues and Blue Clues (one of each for each Red Clue).
BLUE CLUE (sad, don't do anything twice): These are normal cryptic clues, but once the answer is found it (1) has all duplicate letters suppressed and (2) is anagrammed to form a new word, whose definition is one of the extra words from a Red Clue.

The extra gimmick is that

since this is a fish, the crossword obeys the principle that "F is H", and in some places in clues and solutions one may actually signify the other. There are only two places where there is actually any doubt which should be entered in the grid, for a reason to be described in a moment.

Three of them are resolved by

the fact that across the middle of the fish we can read FISH OUT OF WATER. (This has no particular significance other than fun.)

So here are the clues and their solutions. They are marked "1", "2", "R" or "B" with the obvious significance. Indications of who solved each clue are necessarily imprecise since they were discussed in TSL chat and some clues were solved in multiple stages for reasons that will be apparent if you have read the spoilered text above. Dan Russell was the first person to attack this, and he solved lots of early clues. Later on, it was mostly Gareth McCaughan and Volatility. This writeup is almost all by Gareth McCaughan, except that many of the individual clue solutions due to other people were written by them (though Gareth has unified the presentation somewhat for consistency).

10 Head of Syria is equally miserable

2 AT PRESENT (def "now" from 38a; ATP RESENT and AT PRESENT with AT denoting the "symbolic" @) @Volatility

B SWEETNESS (SWEETS with NES inside; def=generosity) entered as NEWTS (def "lizards" from 24d) @Volatility

21 Disrespect earlier half of country's sacrifice, I scream

26 Get away before salesman conflict

29 Going over part of poetic meter is pedestrian

31 Cool guy father made to sound like a tool

38 Inventor psycho I liked had a counterpart now

39 Most beautiful? No, that's not right - most jealous

2 Storefront, in repeated task, put up text again for the audience

5 Satisfy without game? Just some letters, I fear

2 EASE (def "peace" from 1d; APPEASE without APP (some apps are games and some games are apps...) and sounds like "Es" (fear = hear because "F is H")) @Gareth and @Volatility

6 "Programmer without borders" from Tokyo back in the olden days

8 Importantly, outside, none excited Edd

B NEEDED (outsides of NonE, ExciteD, EdD) entered as DEN (def "home" from 9d) @Gareth and @Volatility

12 So, about Cats: both ways are abrupt?

2 DAHL (def "writer" from 15a; LAD upward with F inside plus "F is H"; and DAH L where the DAH is Morse and comes from the dash in the clue!) @Gareth but @Deusovi had to give us a big shove for the second half.

19 Throw funeral cloth away for the Reverend - a game where you fit things into a hole, perhaps

22 Auditor moved back of garden to front, leading to pain

1 LAMPPOST (PP in LA MOST; drunkards may use lampposts "for support rather than for illumination") entered as LAMPOST @Gareth

37 Evaluates a hissing, punctuated by echoes

Not the answer you're looking for? Browse other questions tagged wordplay cryptic-crosswords animals or ask your own question.