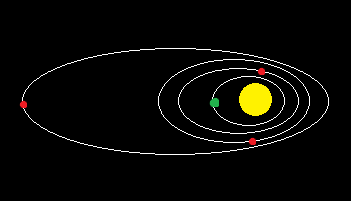 8
Ghost Ship Collisions
11
Star-Lord and the Space Police
16
Reassembling the Marquetry
6
Radar towers in a military field
2
How do I find the least number of times a shuttle can travel from one place to another?
10
Interplanetary blips and bleeps
25
1000 gold coins to share with the king
2
Grids with tiles of two colors and connectors
24
Can the cop catch the thief?