Inscription - The Word of Knowledge

You are part of an exploration team, and are searching around the North of Scotland, where you stumble upon a strange inscription in the wall of a cave, that is out of place in an otherwise decidedly Egyptian decorated interior. As you are the team's expert in solving such things, the team turns to you to solve it. 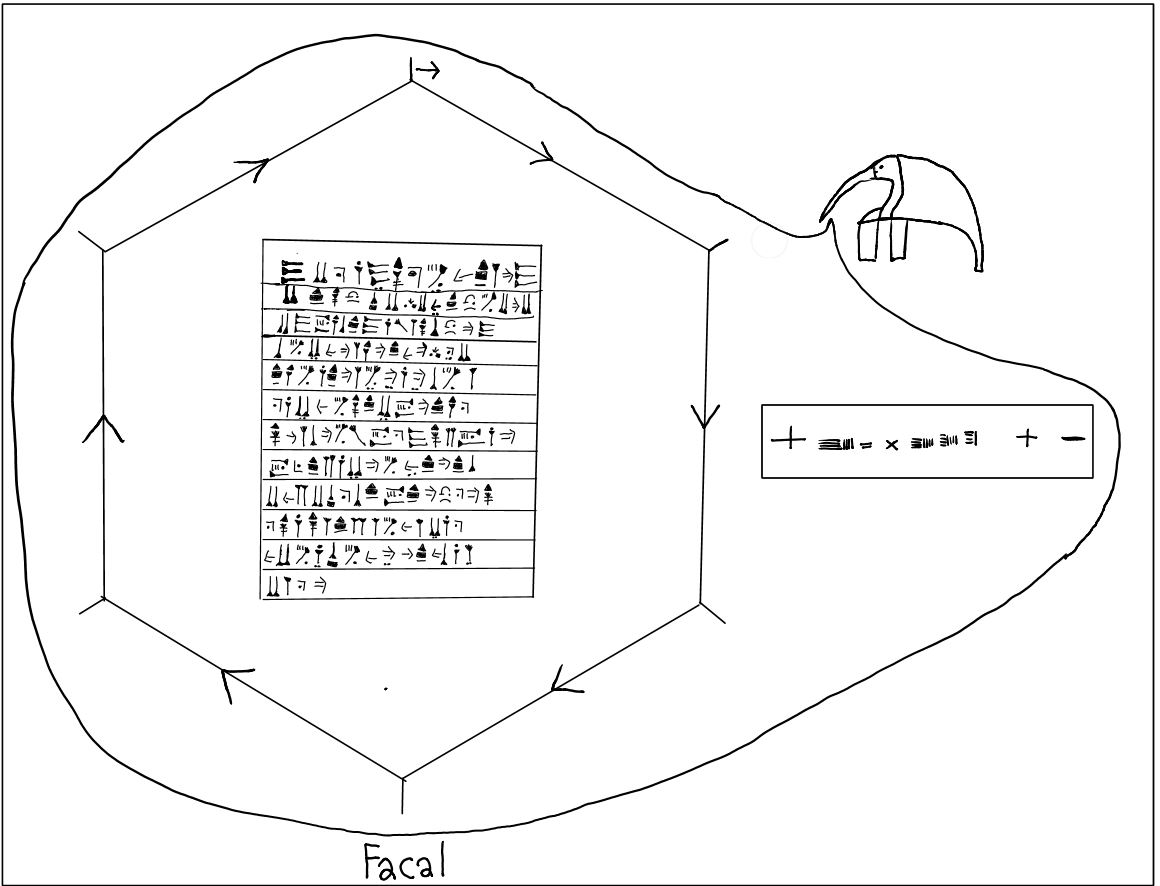 This here is the inscription as a whole. Deciding this is not in enough detail, you take some close up photos. 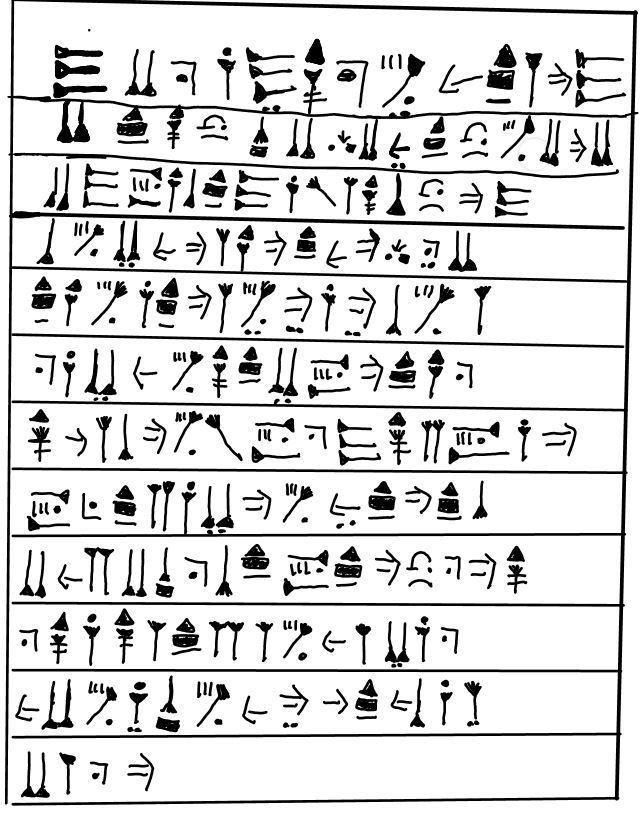 This is a photo of the main inscription, rather badly written, but hopefully still readable.

Beneath it all you notice a word: Facal

Can you work out what it all means?

All parts of the inscription are useful, and keep in mind where you found it.

Who is depicted in the top right side of the inscription?

Hunting around a bit for this person in connection with ciphers or scripts, I came across

The best translation of this script I could find online is 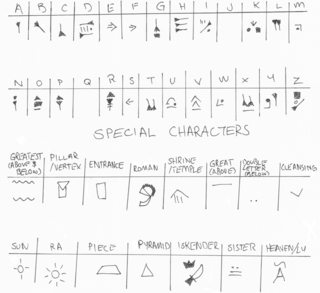 Using the above script and table, the main inscription transliterates line-by-line as follows:

Now, what should our next move be? Well, my gut feeling about the relative letter frequencies (based on typing this out letter by letter) was confirmed by checking with Rumkin:

the letter frequencies are exactly what one would expect from ordinary English. Common letters like E, T, and A turn up a lot; rarer ones like K, G, and B turn up less often; and the rarest like V and Z don't appear at all. This would be very unlikely if the letters had all been switched around by some standard cipher like Caesar, Vigenere, Atbash, or letter substitution. So we must be looking for a different sort of cipher, possibly involving a simple rearrangement of the letters.

rotation and the number 6? Just for good measure (and despite the previous paragraphs), I tried Caesar-shifting by 6 characters each way, but without success. We may need to actually rotate the square of characters, but we'll need to decide on some kind of alignment for it first.

I tried splitting the ciphertext up into

groups of 6 characters and taking the final letter of each group, which started off promisingly but then faded into gibberish: HORSE CRIP MNEISDFFNNSSOENFAE. Taking the first letter of each 6-letter group gives another string which is only just over the line into unintelligibility: HRAUSTOCTEMOEAIEAMETOLDRGOT.

The shorter string of characters over on the right looks like it could be something arithmetic. I'm wondering if this could be relevant, along with the operations like $+$ and $-$ and $\times$?

The word at the bottom

Looking up "facal" on the internet gave me

Given the Scottish connection in the question, this can't be a coincidence - it's not just a typo for "facial" or "faecal". Perhaps it's telling us that

will be involved elsewhere in the solution too (which would be awesome, btw).

Not the answer you're looking for? Browse other questions tagged cipher visual knowledge or ask your own question.

6
What's the password to the Golden Gate
7
Last contact in custody
18
(According to me.)
14
The Etiquette Room
10
Avast ye puzzlers
33
The Alien Message: What does it mean?
15
The Third Room of Numbers Dungeon
6
Two mysterious cave notes
5
Finding a serial killer
13
The Spirit of Christmas