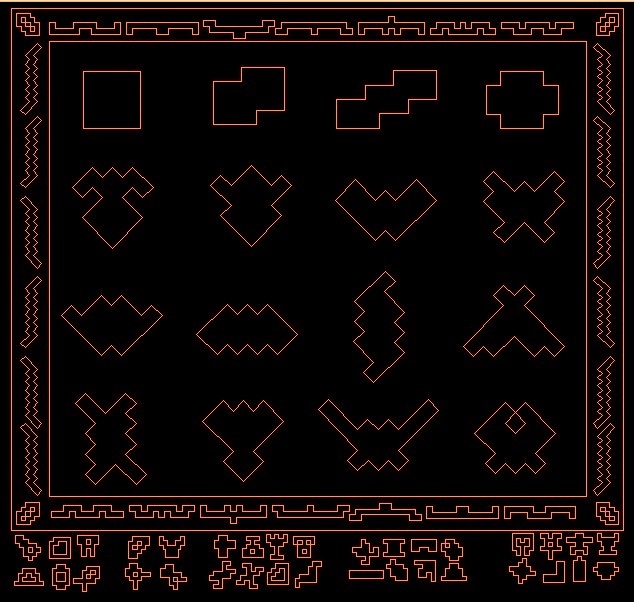 An archaeological artifact is depicting figures of some natural and artificial objects like the sun, moon, comet, star, flower, horse, bird , insect, headdress, mountains, river, house, weapons, bonfire and necklace. The translation of the symbol message below is "WIND, RAIN, FLAME, SOIL, ESSENCE". According to experts, there are 5 polyomino tiles that were used as patterns for making the outline of the figures in this artwork. They also believed that these 5 tiles altogether should fill and fit in any of the 16 figures depicted above. What are these polyominoes?

Note: one figure in original puzzle image was replaced due to wrong drawing of the bonfire. An acceptable solution nevertheless was provided by Lucas Rotter. Thanks to his effort for we could have not known it. But edition was necessary for it was stated in the OP that the 5 tiles pattern applies to figures in artwork. The frog, perfume bottle and the hanukkah also got edits while more objects were added.

All 16 shapes on the artefact can be made from ... 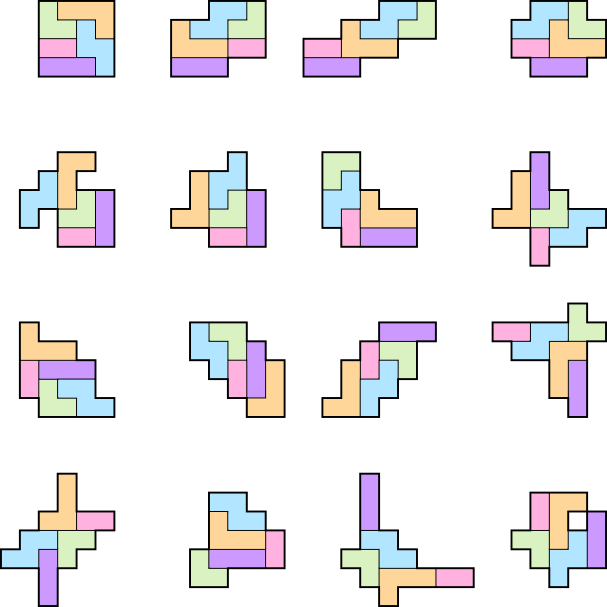 All the shapes on the border of the artefact can be made from these polyominoes, too. (The assumption that this is true is useful, because it discounts all T-polyominoes and blocks that contain a 2×2 square.) 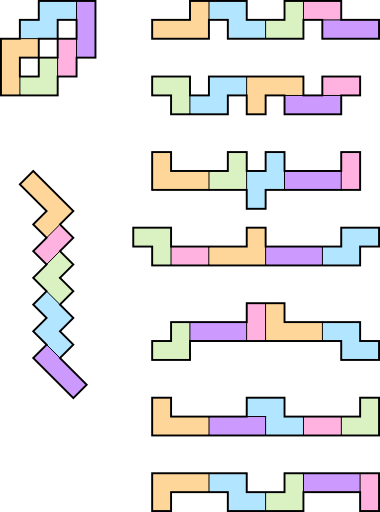 Finally, the symbols at the bottom can be made from the five base polyominoes: 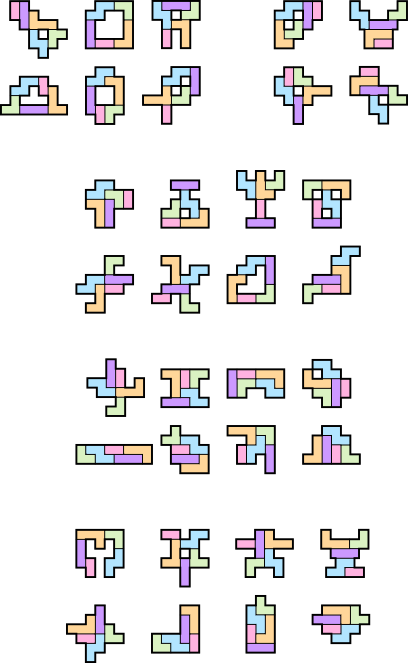 The assumption that these symbols can be formed from the wanted polyominoes is useful, too. Two shapes – the bull's head (top right) and the two-armed candlestick (rightmost in the second row from the bottom) – each have a base of 6 units that is not aligned to the unit grid. That means we need two polyominoes that can form these two bases only, because the must be separate from the rest of the shape. I first had two L-shaped trominoes, but it turns out that three different polyominoes are used.

This answer was posted when the puzzle looked like this. After the update of the image, this answer is incorrect. The current correct answer is M Oehm's.

then it's perfectly possible (OP confirmed that flipping is allowed). The monomino is the part that seems like utter cheating to me, but according to Wikipedia it's considered a polyomino. 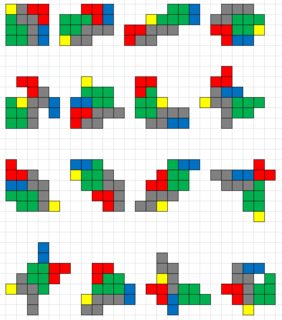