An entry in the 19th fortnightly challenge...

Soon it'll be your 20th birthday. Time is ticking... and you're spending it in the car going to check the new house you will be moving into with your family. Well, it's not literally new. It belonged to your family for generations and now you have the chance to move there, so your whole family is going to take a look to see its conditions.

As soon as you arrive you notice it's an large old villa, not bad considering how long it's been there. Upon entering you also realize it might need some air change. At this point, anybody else could be already bored wondering what to do, except that you know that this particular villa has a rather big attic. So you go check it out.

A lot of dusty stuff in there, no surprise so far, but then you notice a big old chest, you open it: tons of documents, papers, and you see it. An old notebook. It looks like a diary. On the cover it says "Emma". You have heard of this name before, she used to work in this house... a long time ago. You wonder why her diary is still in this house, but then you dismiss that thought, reading what the diary says is much more interesting!

After some reading, some entries in particular get your attention, it seems this villa could be hiding something interesting after all! So you read them more carefully...

Wow, a manuscript? An important letter? A long time has passed but they could still be in this villa. After all, your last name is Puzzle! It would be a great dishonor for your family to bear if you couldn't solve this mystery!

But you have some unanswered questions: Where is the manuscript and how can you get it? What about the letter? And what else could this mysterious place be hiding from you?

You don't waste any time and you transcribe the entries on some paper, you can't stay in the attic forever, after all.

24 May 1910
Today I started working as Mr. Puzzle's caretaker. His family has been nice to me, and I feel very welcome. I feel very lucky to have the opportunity to work in such a heartwarming place. Mr. Puzzle seems like a nice man too, he is always nice to everyone, but I think his granddaughter has a special place in his heart. I don't remember her name at the moment, S—something... They seem to have the same temperament, the same personality, and they always are on the same page. However her family doesn't live very close, so they come to visit only now and then. I think that is why they take advantage of the little time they can spend together.

This afternoon, for example, they were in his studio, and it seems she slightly damaged his wooden desk, the top desk drawer to be precise, where he keeps everything about his business (his personal stuff is in another drawer, he's very organised). I know Mr. Puzzle loves that desk very much, in fact I always see him writing letters there, and he especially doesn't want people making a mess of his desk drawers (not sure why yet), but I've been told to be very careful around it. Yet, he didn't scold the girl, just reminded her not to play near it, and I am sure he would have been very angry with anyone else. He really sees her in a very special way; he claims she reminds him of his mother.

26 August 1913
It's been roughly 3 years and 3 months since I've started working in this house. Mr. Puzzle is still doing well. He seems to love writing letters as always, although he never mentions to me who he is corresponding with. I do not seem to find any reasonable motive to hide such information. I wonder if he is having an affair, however he does not seem to be the type. I think he loves his wife very much. Not as much as painting, that seems to be his favourite hobby. He absolutely loves it but honestly he's also very good at it.

27 August 1913
Mr. Puzzle seems to have received a very important letter today, he woke up earlier than usual asking me if anything had arrived. I gave him the few letters that the mailman delivered, but I think he was rather interested in one in particular. I still remember it because it was a very odd letter, or rather, the address on it was very odd: it was unusually short, a really tiny address. That's the word I would use to describe it — yes — tiny. I've never seen such a short address in my life. I haven't seen that letter anymore either, however, he must have hidden it somewhere in his studio.

13 November 1919
Mr. Puzzle has been getting worse and worse. He keeps sitting near the window and stares outside. In all the 9 years I've been working for him, I've never seen him like this. Also, he keeps mumbling about a manuscript. I have tried asking him about it, maybe that would have helped to ease his pain, but he hardly notices my presence and keeps saying things like "In... manuscript... the... safe... Yes! It's safe!". I don't really understand what he means by that. I personally think it might have something to do with his condition, it keeps getting worse and he keeps forgetting things. I tried looking for the manuscript, even in his studio, but I tripped on his easel as soon as I got in and fell to the floor. That made me feel really nervous for some reason, so I gave up.

I remember the old days when he used to read books and he painted all the time, oh how he loved it! I wonder where that man has disappeared to. Even his granddaughter comes to visit less, she has other things on her mind now, even though I'm sure she still loves him very much. At least, he still has her painting hanging on the wall behind the desk. Some days he doesn't remember much, but there are moments when he's more lucid and he spends all the time talking about her. Today he said that from the day she was born, his life had never been the same. That is when everything changed for him.

This is the first (independent) part of a bigger puzzle. The second (and last) part will be coming ASAP.

The diary entries lead you to find the letter

I have received your letter and investigated about the
manuscript you mentioned, as you asked.
We did not find anything remarkable on the matter, yet my
colleagues and I doubt about the existence of a supposed
treasure. We were still fascinated because of its great
importance and value as an historical document.

I will be awaiting further news and in the meantime, I
will keep looking further into the matter. However, I highly
advise that you hide the manuscript, it is imperative that you
keep it safe.
That must be your number one priority. Please look after
yourself.

Continuing from there, if you ...

I hope this letter finds you well and in good health. Please do
not worry about visiting so often, Mary and I both understand
your situation.
I remember some time ago you were worried about your important
documents being unprotected from strangers, so I asked a friend of
mine about it and we found a safe you could use. It has a com-
bination of four numbers, and is very robust! We already bought
it and it should arrive there soon. I am certain you could place it
somewhere in your studio, maybe hidden behind something hanging
on the wall. I think that strategy would work very well.

However, the main reason why I'm writing this letter to you is
that finally our baby was born yesterday! I hope you're as happy
as we are! We decided to name her Sandra. We will come visit
soon!

Please take care of yourself and mother.

Your most beloved son,
Eric

P.S. I do not know why I am telling you this now, but have you
ever thought about covering the wall behind your desk? It looks
awfully empty perhaps one of your paintings would do? I need to
go now, please kiss mother for me.

One gentle nudge from OP later, we reveal

the safe, which is hidden behindsandraspainting -
I wasn't including the second s and driving myself crazy.

That brings us to 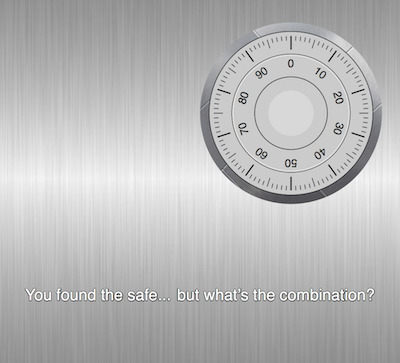 and we're on the home stretch.

we put in the combination. October 25, 1903, Sandra's birthdate.
Only we put it in as 25101903 because that's apparently the ordering the Puzzle family likes to use, as we see in Eric's letter to his father.

... we found the manuscript!

As for what else could this mysterious place be hiding from you?
I am going to start looking in this place for Jimmy Hoffa.

Also, the treasure hinted at by the mysterious letter.
Or whatever other secrets might be in the manuscript.
I hope I get to read it soon!

Addendum by the OP (trivia/info/hints)

1. The family in question is from England, that's why they write the date as day-month-year (I researched this before using it). F., the researcher that was contacted about the manuscript, was from the US, so he wrote July 29, 1913. The dates were not picked at random either, because the date F. writes and the date Mr. Puzzle received the letter are roughly one month apart which is the time it could take to send a letter (counting travel time, movement of the letter in various offices, etc.).

3. The initials of the protagonists provide a hint about the manuscript's location: Sandra, A. (Mr. Puzzle), F. (the researcher), Eric.

4. The manuscript that Mr. Puzzle asks F. to do a research on is very old, it was created during the Golden Age of Piracy. What could it be hiding?

Not the answer you're looking for? Browse other questions tagged enigmatic-puzzle story password treasure-hunt or ask your own question.

5
The Security to the Party [Part 36] - an interesting one!
23
Identify the twins and cousins!
7
Miss Cathy's Patients
12
The Diaries of the Old
6
The real story of two mischievous brothers
9
Let's help Sherlock, shall we?
19
The princess arrived safely at the castle
9
Helping the Heiress... again
9
A Puzzle With a Missing Tag