Today, you receive an unusual delivery in the mail - a plain white envelope marked not with your address, but a question:

You open the envelope to find two pieces of paper with the most curious symbols on them.
What could they possibly mean? 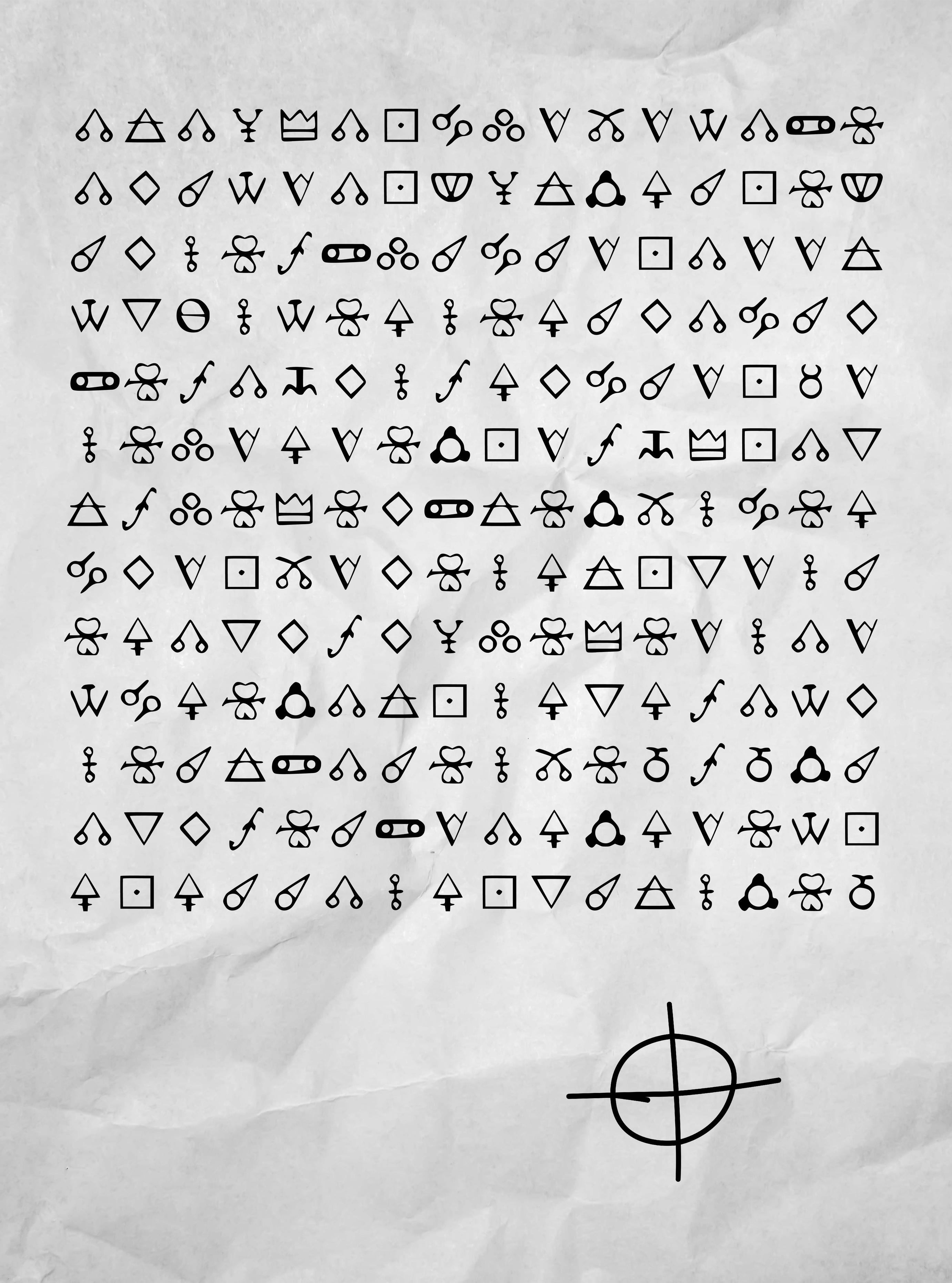 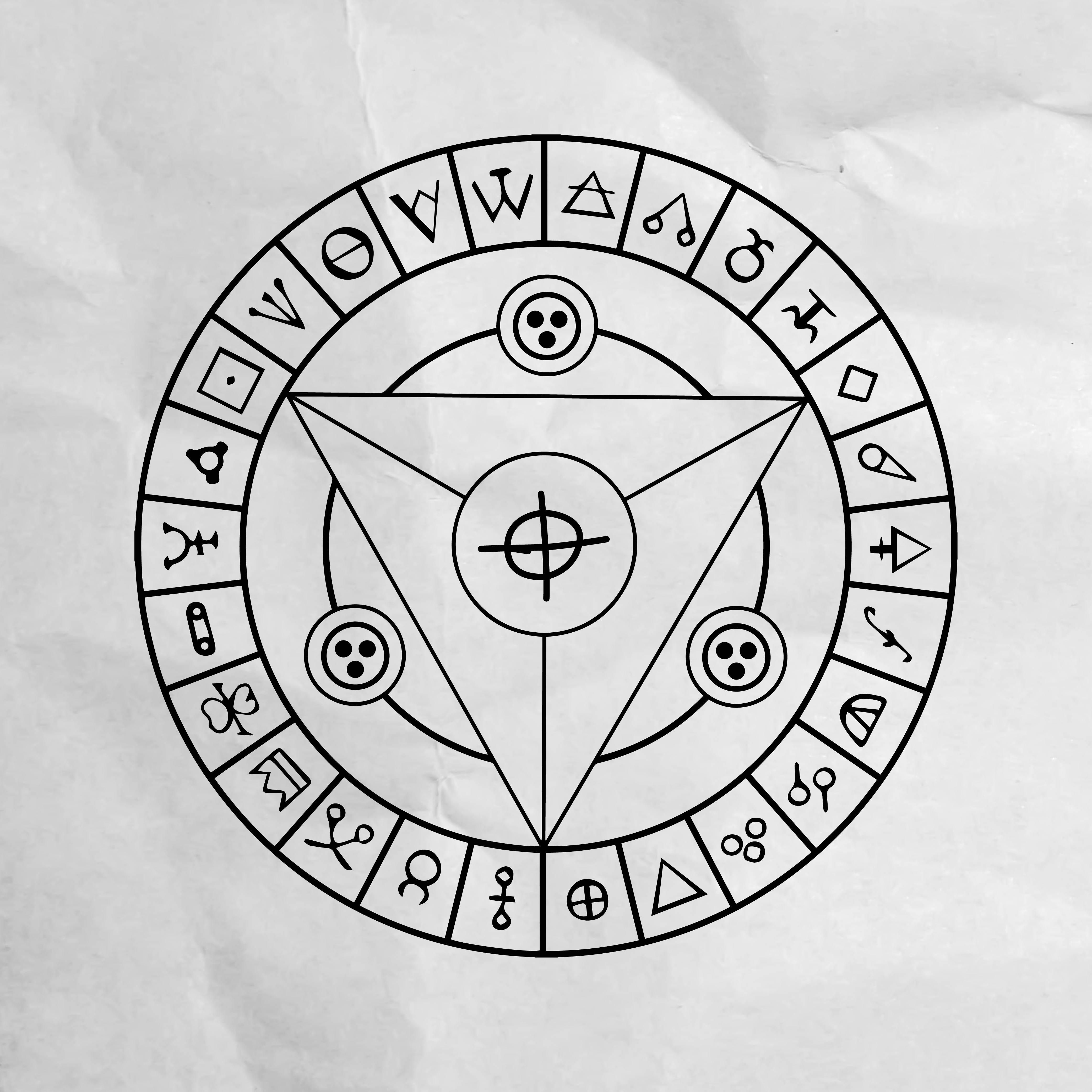 UPDATE: Thanks to Gareth McCaughan, the puzzle has been decrypted to form the following riddle:

Note: The word lengths are irrelevant. I went for poetic style over significance.

swap adjacent pairs of columns in the square,

I say "almost" for two reasons. The first is that

the eighth letter is R not I (I suspect this is just a mistake, and it looks to me like it's a mistake in the puzzle but maybe I've goofed)

and the second is that

many, but not all, double letters (in words like WILL and ALL) have had an X inserted between the doubled letters (I think this may be just to make decryption harder and get the number of letters right to make a nice rectangle). The positions of the Xs don't seem obviously significant.

With the questioner's helpful hint in hand, everything becomes obvious. The first five lines

we look at the limits -- i.e., the first and last letters -- to get BAGEL on the left and DONUT on the right.

TAURUS to sound like TORUS. (Though I've always pronounced the first syllable to rhyme with "cow"...)

Not the answer you're looking for? Browse other questions tagged riddle cipher geometry rhyme enigmatic-puzzle or ask your own question.