Hnefatafl (Ner-far-taff-all) is a Tafl Game, though it is a lost art in the modern day. The aim of the game is either to capture the king, or get the king to a corner depending on which side you are playing on. 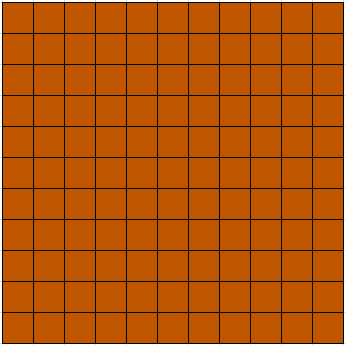 Although this and the layout are the only rules that has survived to this day, another Tafl game, Tablut, had its rules recorded and it is assumed that the rules where the same except for board and layout.

The layout is as follows: 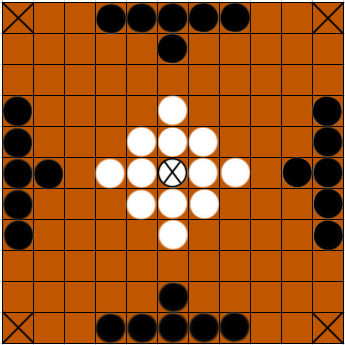 The rules and pieces are as follows:

(Thanks to gtwebb for pointing out these solutions)

White can win in

Black can win in

I would say it takes 6 moves for the white to win in the best case, get 3 white out of the way, then take 3 moves to get the king to a corner, while the opponent do stupid things that hinders you in no way.

And I think it would take 5 moves in the best case for the black to win. It would take 5 turns for the white to remove the top 4 pieces that are in the way and send the king 1 square up and during he do that send 3 black pieces to corner him 1 with the x at his back.

Not the answer you're looking for? Browse other questions tagged optimization history board-games or ask your own question.