Use these pictures to identify me or place 1000 kgs in the South. Who am I?

Can you identify me using these pictures? 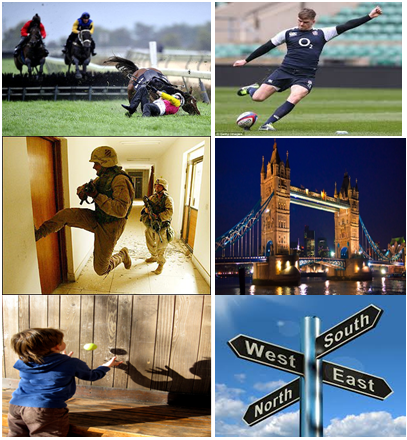 If you could not identify me using the above pictures, then place 1000 kilograms in the South to know who I am.

Images 1,2,3,5 indicates some laws. Image 4 indicates where i was born.

I am a scientist.

If you put a Ton, in the South for Image 6 you get

RIS for that bridge gives me

England, where Newton was born.

Image 2 appears to be

An object at rest, about to be acted on by an outside force

Image 3 appears to be

A forced entry, via an accelerated mass

and Image 5 appears to be

An object thrown, and in free fall. Being affected primarily by gravity, whose behaviour Newton theorized.

I tried all the possibilities but couldn't find anything, maybe someone else can use this idea to find it

8
Something's wrong
12
What did they kill Bob to hide?
5
My Landmark Puzzle II
21
These alien safes have no end
27
Who killed the indiscriminate warden?
11
A Trademarked™ pack of rebuses
15
Where did I go on this trip?
18
Where am I supposed to be tonight?
12
Lunch with my travel agent