Last weekend I hosted a hell of a party at my workplace (I'll invite you next time, promise). Of course, my boss didn't know about it.
The next morning I entered the building and everything was just a huge mess! Naive as I am, I was expecting something less wicked and wanted to clean everything up before my boss would be able to see any of this. But see for yourself...

In the heat of the moment I've also created some rough sketches so you can see how the whole place is looking without the surrounding walls (for controls and all that see my other 3D riddle and for those who can't use the 3D I will provide screenshots on demand):

After some looking around I noticed the message on the screens and I started to get the idea. I'm now trying to figure out some kind of pass phrase hidden behind multiple layers of secrecy, so I can unlock the computers and won't have to pay the ransom. Not sure where to start, yet. I didn't move anything to make sure I didn't wipe any prints or clues.

I thought it would be useful to get some other views on this from different angles. So I wanted to ask you for your help. If you can tell me the password I'll pay 300 rep. Sadly, that's all I can pay at the moment (credit card bill coming soon). Meanwhile I'm thinking of a way to tell my boss about the party and all the rep her company loses... good luck to me and to you!

For some parts of the solution it may not be irrelevant to figure out how the floors stack.

For some parts of the solution it may not be relevant to figure out how the floors stack.

How to find it:

It's basically an anagram of a couple of letters that can be found in the puzzle. Most were already found by others, I'll include them for the sake of completeness.

Hint 2 says: "For some parts of the solution it may not be irrelevant to figure out how the floors stack.", additionally hint 4 says: "Think bigger than last time.". Using both of them, we can find a couple of letters, when we place all floors correctly one above other. 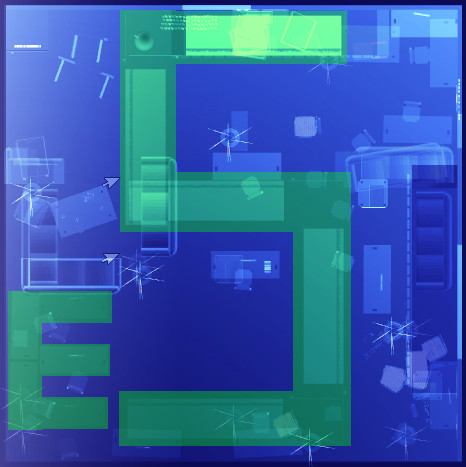 Looking from the side we can see an E formed by the couches: 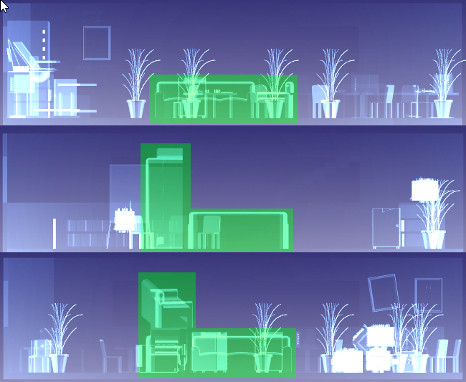 Looking from another side we can see an O formed by the plants: 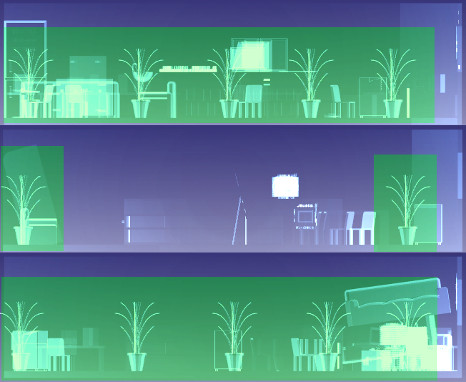 Hint 3 tells us the opposite of hint 2: "For some parts of the solution it may not be relevant to figure out how the floors stack.", which means we have to look for letters on separate floors as well.

There is an M, when we look through the window of the main office (from the outside): 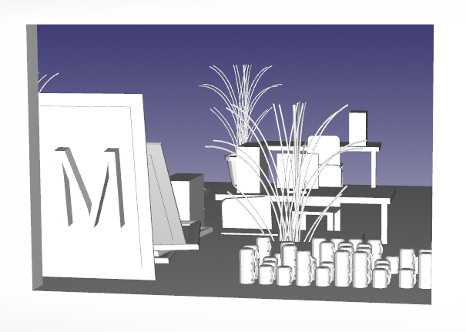 One display in the main office shows the following message: 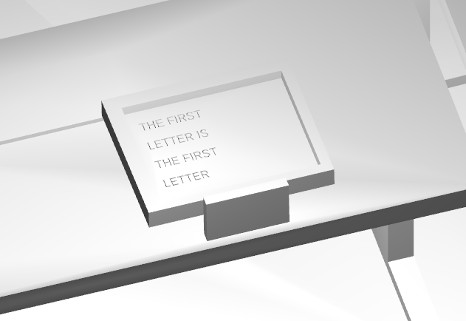 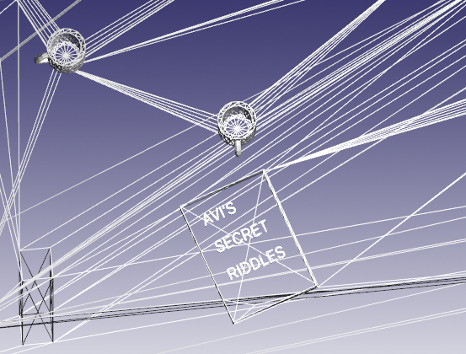 In the meeting room is a board with "WC" on it, looking through the window we are supposed to see only the letter W (doesn't work very well with the viewers I have): 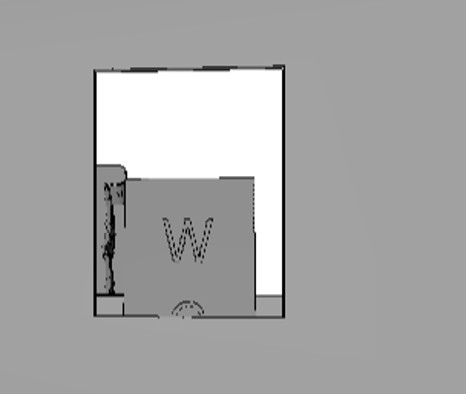 With all the remaining red herrings it wasn't really clear to me what the answer was, until the following comment in the chat: "I think the solution will be, like all my solutions, a very simple and meaningless word telling you how good you are"

Partial answer: Some findings so far

In response to hint 2, The floors are stacked in the following order:

The IT Department is on the bottom floor (you can see it lacks a railing indicating where the drop off to the stairs is) The Meeting Room is in the middle, containing both a staircase and a railing indicating another staircase) Also, the railing matches where the stairs from the IT Department are. The Main Office is on the top floor, because there are no stairs leading up

Here's what I've found so far:

The poster in the just says "W C", with one letter on top of the other.

One frame says "RIDDLERS DEN"
Next to it is a frame with a silhouette of a fish, head pointing up, tail pointing down.
All computer monitors in the room display the following:
YOU'VE BEEN
HACKED
PAY 500 REP
OR WE DELETE
EVERYTHING 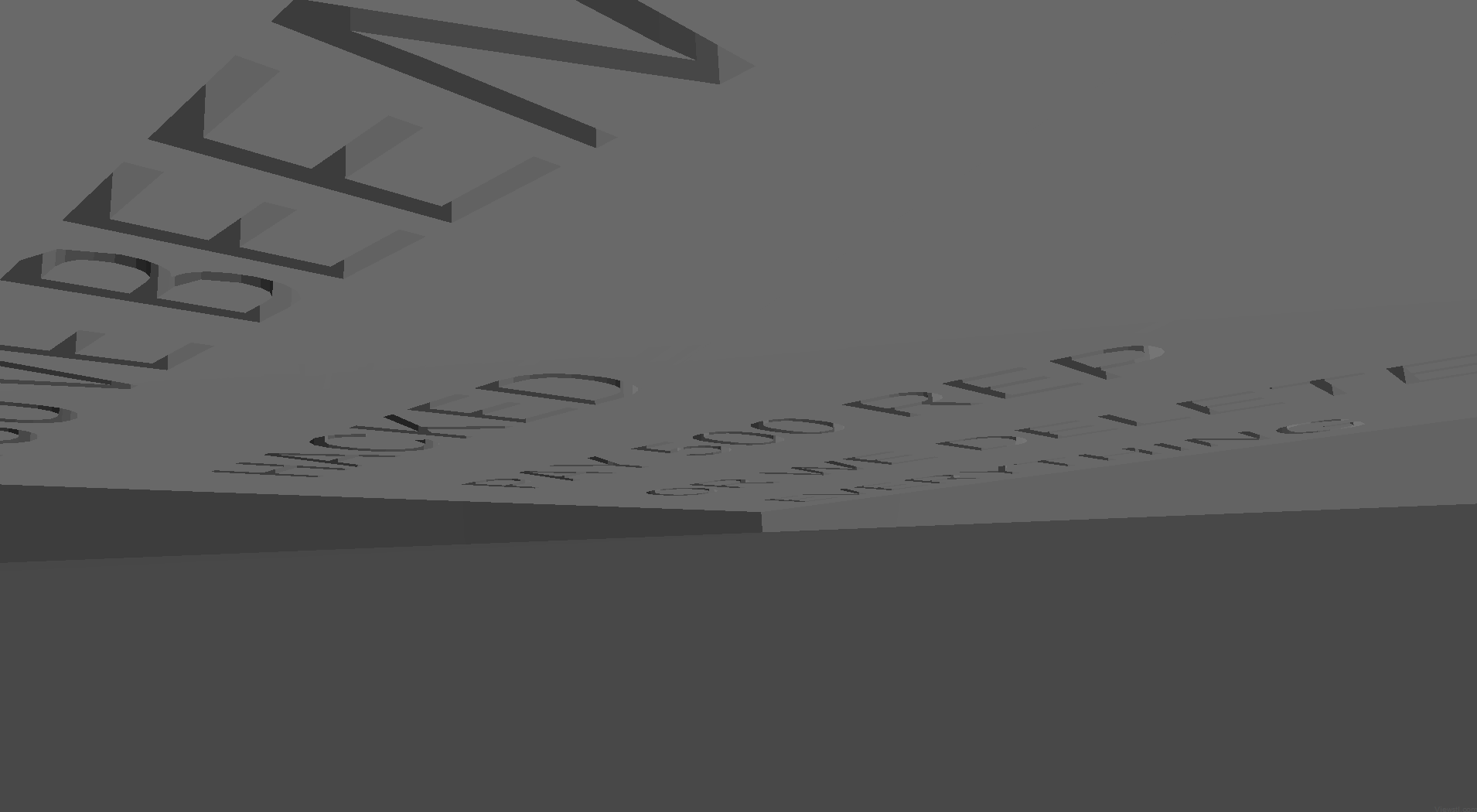 It occurred to me that the passphrase might be presented in the form of...

...a rebus. As such, I will attempt to process the information that @Deusovi and I have found, organized with the floor structure that @MMAdams was the first to figure out:

The furniture cube and the ransomware message seem to be the only meaningful objects in this room. The cubes are configured as follows:
Top: potted plant. Not "facing" any direction, but the top of the plant is next to side 3, and the bottom of the pot is next to side 4.
Side 1, lined up with the framed red herring: couch/sofa, facing the floor.
Side 2, lined up with the stairs: a desk with a chair and a computer displaying the ransomware message, with the chair facing the red herring wall.
Side 3, opposite side 2: cabinet/bookshelf, facing the ceiling.
Side 4, opposite side 1: bare.
The bottom of the cube can be assumed to be bare as well, since it's lying flat on the floor. The other furniture cube is identical, but its sides are perpendicular to the walls of the room, and would therefore be even more cumbersome to describe, lacking a compass.
The cubes from the previous puzzle have the number 5 on its side, although one cube is tilted, so the 5 is almost upright.
Frustratingly little to work with here, moving on.

This has the most clearly rebus-like clue, with the "W over C" board. Could also be "C under W", which might be "see underwater", but it's a stretch.
The cubes on this floor also have 5 on its side.

107
The brain-curdling eldritch horrors and the third dimension
6
How to Make Non-too-broad Cipher Puzzles?

11
The Fashion Show
33
How did he count my money so fast?
38
Sometimes force is the solution [RTFM]
10
Which historical person am I
11
The All Seeing Eye
7
Two Eyes Are Actually Open
3
Word Cipher with seemingly random numbers
15
I am a program, need I say more?
14
Flood on the top floor