What are the conventions telegraphing when answers are abbreviated in New York Times crosswords?

There are a number of conventions you can count on fairly consistently in the New York Times crossword.

One is that abbreviated answers are "signaled" somehow - an answer that is an acronym/initialism, or a shortened form of a longer word, has something to indicate it in the clue.

To my understanding, any abbreviated answer would always have one of the following in the clue:

But consider the following: 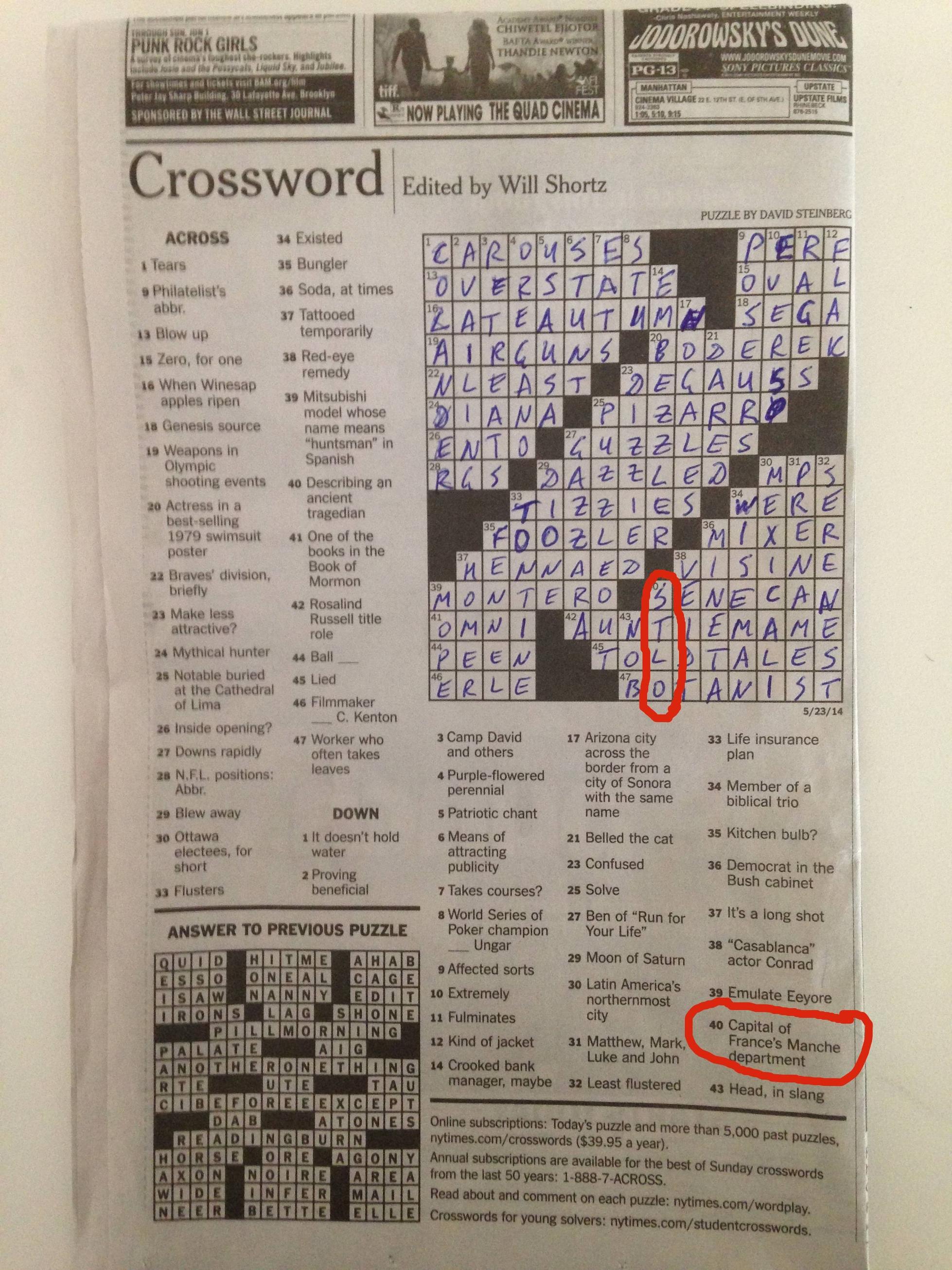 The town the answer references is "Saint-Lô;" using "St." is simply an abbreviation for "Saint". So why doesn't convention require that the abbreviation is telegraphed, in the same way it is in 9 Across? ("Philatelists's abbr.")

Is the convention more complex than what I've described above?

Note: I know that there aren't Crossword Courts, and that Will Shortz may do whatever he pleases, but crosswords are built on traditional expectations, so I'm trying to draw on the community's experience with why the indicator is expected on some clues and not others.

In regards to the clue that you used as an example, the proper convention concerning abbreviations is not necessary because Saint can be shortened to St. without being considered a specific abbreviation. The same applies to mountains. For example, the clue "Sicilian volcano" might garner the answer "MTETNA". The Mt. is not considered a formal abbreviation just like the St. in the example you provided. I hope this clears things up.

26
Are there "rules" (or consistent conventions) that limit when the NY Times Crossword can deviate from rotational symmetry?
1
Listing of New York Times celebrity crosswords?
26
A Racing Heart!