Bigger than a boy, heavier than a fatty.
Even though I had lost some weight, still the only one on a flight.
I do split, I do combine, and I split for a greater one.
On a icy island I was lit, yet no human got a hit.
For a phone call you couldn't hold, as I traveled throughout the world.

Tsar Bomba, a Soviet nuclear bomb and the most powerful nuke ever detonated.

The mushroom cloud for Tsar Bomba, according to Wikipedia, was about 64 km high (over seven times the height of Mount Everest), and the cap had a peak width of 95 km.

A mushroom cloud scale also has it. 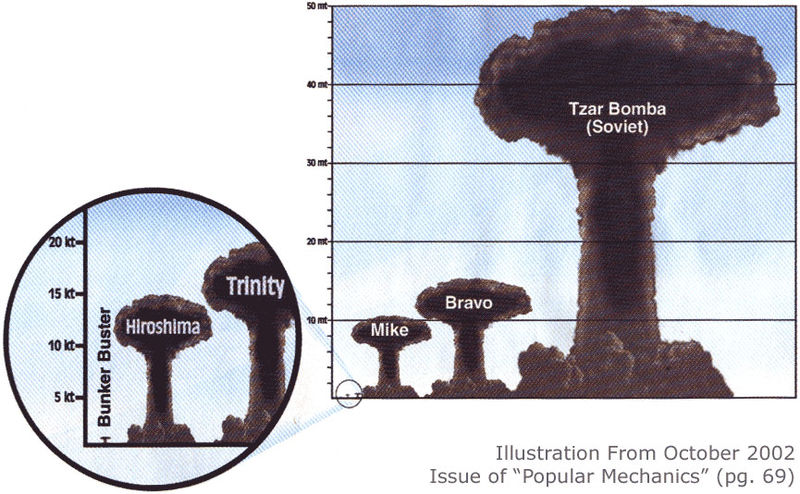 Bigger than a boy, heavier than a fatty.

It was bigger than Little Boy and heavier than Fat Man.

Even though I had lost some weight, still the only one on a flight.

Tsar Bomba was flown to its test site by a specially modified plane.

The blast yield initially planned for making Tsar Bomba was 100 megatons of TNT, but this was halved due to the nuclear fallout issue.

I do split, I do combine, and I split for a greater one.

Fission bombs derive their energy from nuclear fission (splitting), but Tsar Bomba was one of the more powerful (greater) thermonuclear weapons involve both fusion (combining) and fission.

On a icy island I was lit, yet no human got a hit.

Tsar Bomba was dropped in Novaya Zemlya, an icy island in the north of Russia.

For a phone call you couldn't hold, as I traveled throughout the world.

Radio communications all over the world were interrupted for almost one hour as Tsar Bomba exploded, and this thermonuclear weapon's shockwave travelled more than 3 times around the world.

5
A rebus with only letters

4
Two groups of people- will they meet, ever?
14
Riddle Poem: I come from a cloud
9
Recover book titles and suggest more books
5
Keep calm and help me find Jeff's password!
9
Worst Band Name Ever
11
Ever-changing nationalities
5
The Greatest Test Drive Ever!
7
The Boy of Fire: The Final Battle
13
Artificial folk with ovine dreams
5
In the Cover of Darkness