On June 30 1999, Ricky McCormick was found dead in an isolated area, 15 miles away from his home. He didn't own a car, and the area was not subjected to public transport so it is a mystery how he got there. The case has been identified as a murder, not a suicide as was first suggested.

Found in his pockets where two notes, seemingly encoded. The FBI, and other services, have tried decoding the notes unsuccessfully. The FBI has posted it online asking for help. If they have investigated it, and then asked for help, we can assume it's not just a case of bad spelling and handwriting. The notes are believed to tell us why he was murdered.

Maybe one of you can?


Here are the notes: 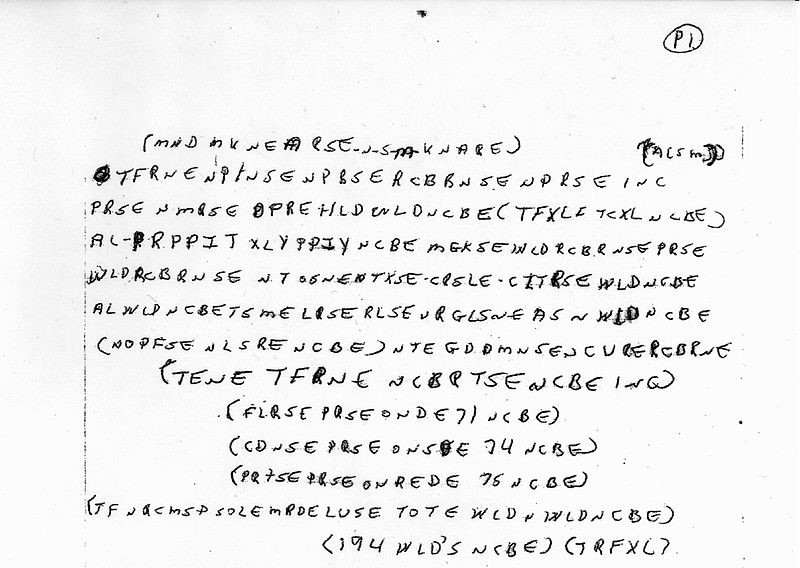 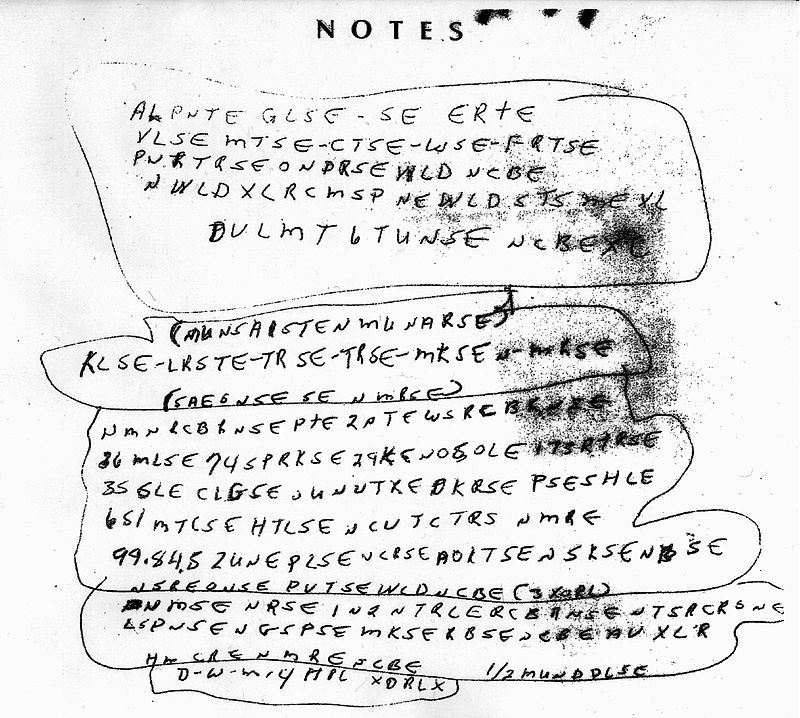 I will say that reading this at an hour past midnight, out in a small somewhat rural area, is definitely creepy! Poor Ricky.

!!! This answer is being presented as a ‘work in progress’.

First, the transcriptions provided seem to be rather careless, I must say. I will here provide new versions here. Given the shorthandish nature of the letters, and the inconsistent sizes of letter case, I will not transcribe diffferences of uppercase and lowercase. Written–over letters will be signified by the use of slant formatting. Questionable letters by bold formatting and so as to make them more visible, and parallel possibilities by special curly-brace notation. Be advised that I never transcribed any of these from the Notes:

(There are a few places where the parser for the preview failed to render some formatting.)

Regarding this Note 2, it seems that the scribe was becoming increasingly distressed with each additional block. Alas, the handwriting also invites several other possible interpretations.

Also, why is block 4 not complete? That right tip is missing; did Ricky draw the bubble like that? It's a toss–up as to whether I would've ended such a bubble on the edge of the paper or made loose lines, but I think it would be more likely that I'd squeeze the remaining letters and neatly round the edge of the bubble.

Given the similarity of the lettering and that presumption, I do not see it very likely that the blocks were written by different scribes imitating the original style.

I have a hunch that these notes were a journal of the scribe, made of travels planned or performed.

I strongly doubt that it was a cipher, unless he was paranoid or trained as a spy of some sort. There's no reason to take blind faith in anything anyone does, whether they belong to some group known as the FBI or not. If only they'd released the Notes sooner . . . In 2012 an interview with the family seems to cast a savantic light on Ricky. His ability to spell in accepted english was remarked as being poor or nonextant. He was described as being imaginative and with a penchant for the fantastic. The word ‘schizophrenic’ was used, but it did not say that he was clinically given that label by a psychiatrist.

It first seems to me like the scribe was encoding directions, locations, and distances in Note 1.

However, the repetition of certain strings, e.g

makes it unlikely that such strings are simple places.