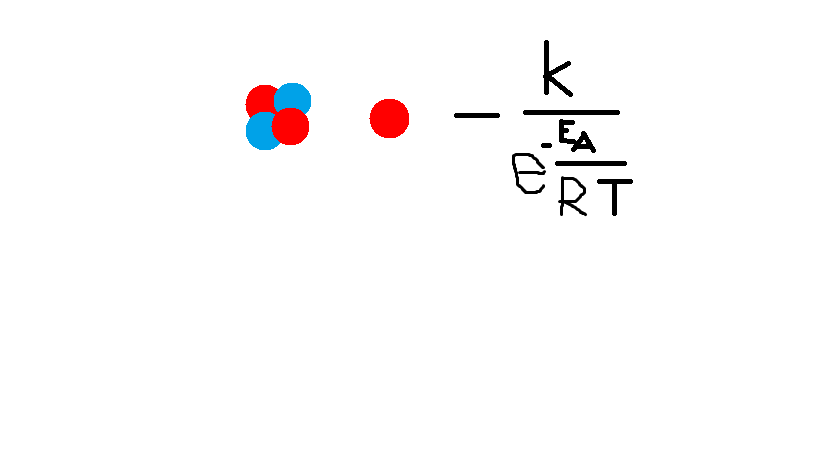 Its not related to chemistry though.

The group of 4 discs on the left looks like

An electron, not a proton like I originally thought. Also known as a beta particle.

The formula to the left refers to

The Arrhenius Equation, which relates a rate constant (k) to a constant factor (A), gas constant (R), Temperature (T), and activation energy (Ea): k = A * e^(-Ea/RT)