This sudoku hides a famous person from the past. A solution will be accepted if the sudoku is solved (with steps to solve). 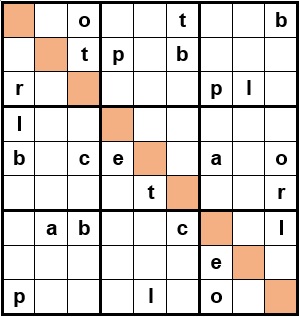 The letters used are: abceloprt (in alphabetical order).

PS. Accidentally, there is also a bonus historical figure in the middle (not diagonally).

Per OP's request, here is a full solution with logical steps (except the very end, because it's too trivial to bother writing out). "Steps" uppercase-"S" are broken semi-arbitrarily at when all of a letter had been placed. Pictures are clickable to show a less-compressed version.

I use the standard coordinate system. B/R/C indicators are uppercased and letters to be placed in the grid are lowercased. “HS” means “hidden single”, “LB” means “last blank”, and “NS” means “naked single”. 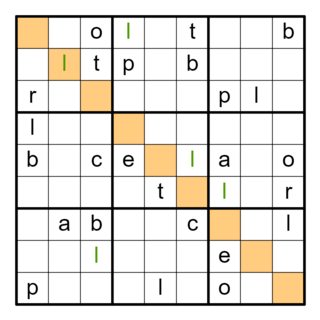 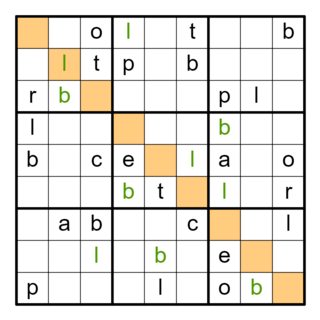 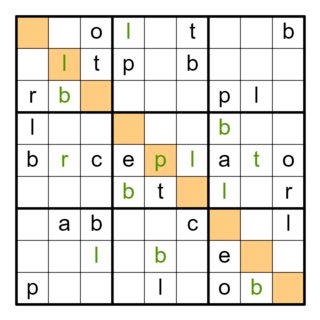 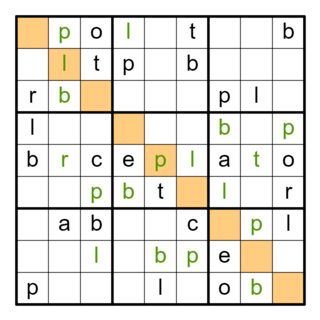 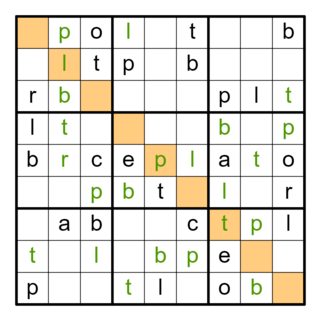 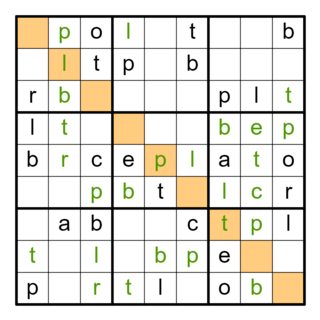 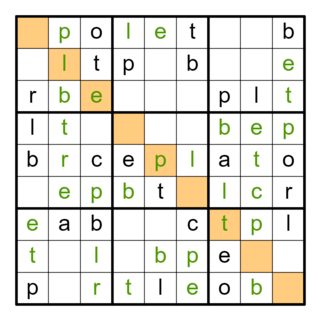 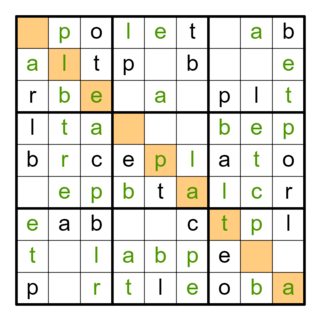 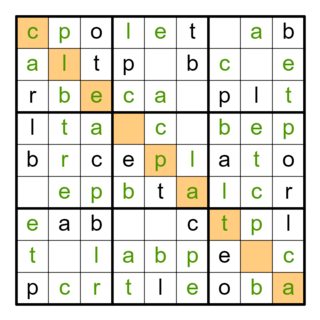 Place all "o"s and "r"s with trivial hidden singles. 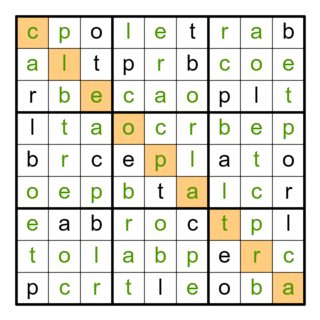 As previous answers have pointed out, the historical figure along the diagonal is

And the bonus is Plato ;) 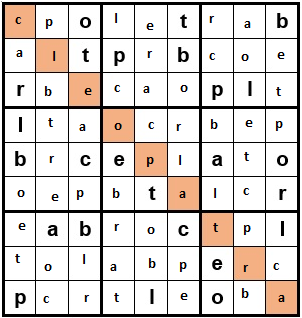 Not sure how to format - looks good in edit view...

Not the answer you're looking for? Browse other questions tagged logical-deduction grid-deduction sudoku history or ask your own question.

12
Alphabetical Sudoku
3
An enigmatic sudoku
20
Sudoku in the third dimension (3D Sudoku)
9
A Sudoku with only four given digits and some more rules
7
A Mosaic Sudoku - SS#5
23
Sudoku in Technicolor!
15
This Sudoku Park iS LIT!
14
Pento-Doku: Pentominous + Sudoku
7
A Sudoku With A Trick
31
Sudoku on a Mobius Strip