This is the first question for the new Fortnightly Topic Challenge #14: History. 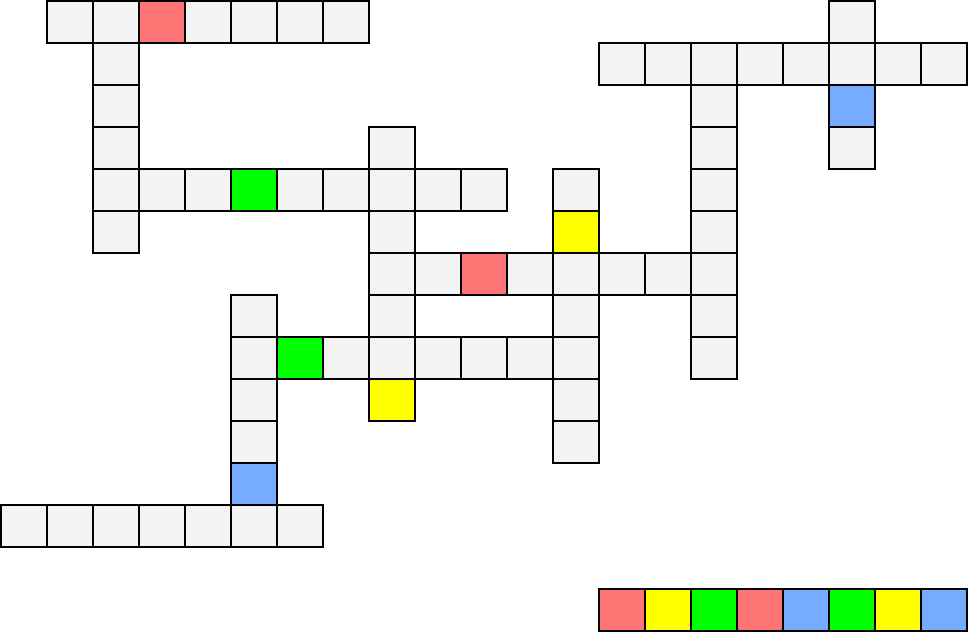 The events (most of them already found by Glorfindel) are:

The battle of WATERLOO in 1815 (MDCCCXV*)
ALEXANDER the Great dies in Babylon in 323 BCE (CCCXXIII)
Christopher COLUMBUS discovers America rather than India in 1492 (MCDXCII)
Yuri Gagarin orbits the Earth with Vostok-1 in 1961 (MCMLXI)
The TUNGUSKA event felled trees in Siberia in 1908 (MCMVIII)
Julius CAESAR is murdered (And you, Brutus?), in 44 BCE (XLIV)

The resulting grid is:

And the highlighted cells ...

related to the Tower of Babel.

Christopher Columbus discovered America in 1492 - MCDXCII, while he thought he discovered a new route to Asia.

related to the Tunguska event in 1908 - MCMVIII.

Not the answer you're looking for? Browse other questions tagged crosswords history or ask your own question.