This puzzle belongs to the puzzle series: hyper-modern art
It is also an entry to the 13th fortnightly challenge

You two friends are still venturing through the endless halls of the gallery of hyper-modern art.

"Oh, look, this time there is a quite modern piece featuring an on-going event!"

"Really? I don't quite get it. I bet, all these letters are supposed to spell something out, right? But without my HUD I'm not seeing it. What is it?"

"You're quite right, but not exactly. The piece is called Rio 2016, because it resembles the logo of the 2016 Olympics."

"Take a look through my HUD. See how the pieces re-arrange themselves now?"

"Let me show you", he turns another knob on the HUD, "see how these groups now form words? And when you read them..." 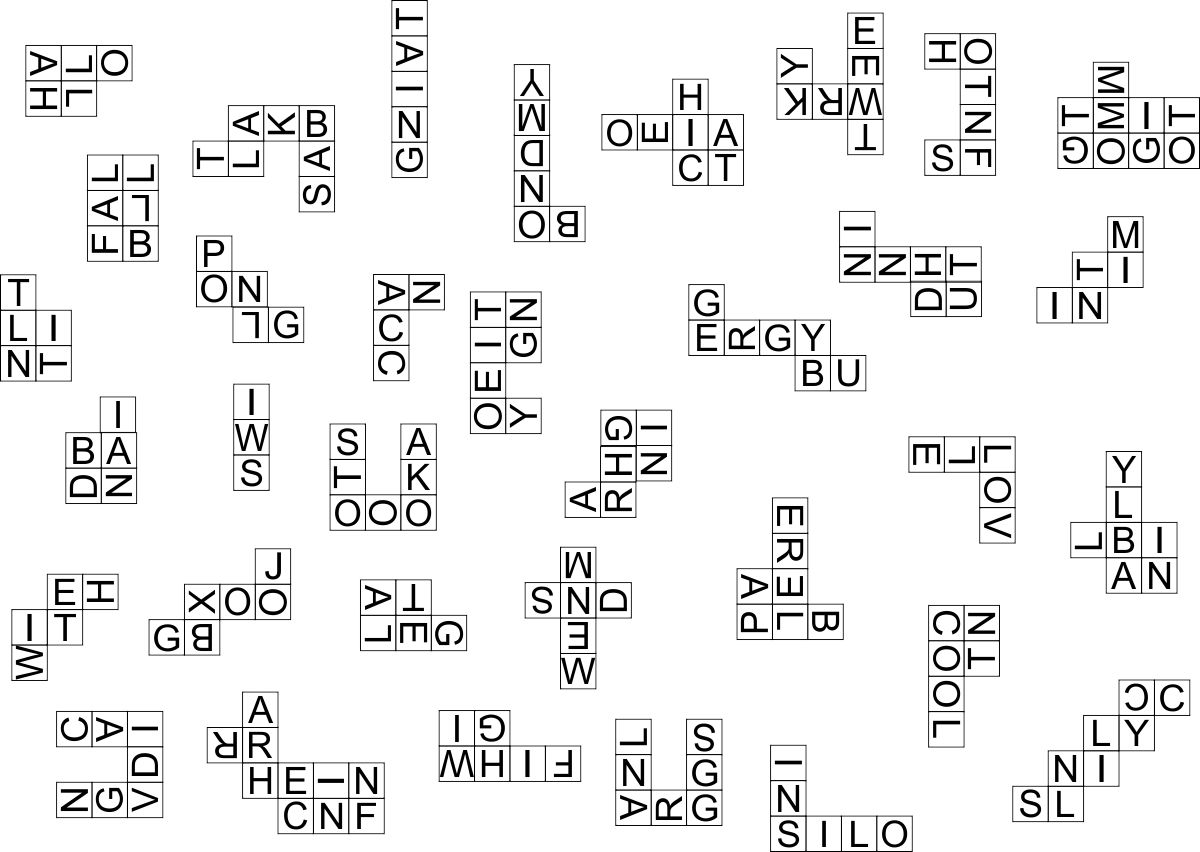 Your task in this puzzle is straight forward and simple:

Assemble the puzzle pieces below into an arrangement which best matches the shape of the Rio 2016 logo.

So, the solution is picture of the rearranged puzzle tiles in the (rough) shape of the Rio 2016 logo.

Just in case you don't know what the Rio 2016 logo looks like, here it is: 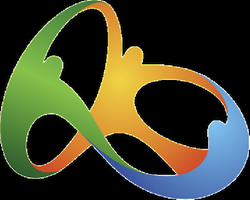 But here's the catch:

When all pieces are put together, it must be possible to split the final shape into different connected pieces (consisting of multiple squares which are all connected via common edges, not corners) such that each of these pieces contains letters which can be re-arranged into one of the Olympic sports of the game. All letters must be used that way. (Similar to this puzzle.) 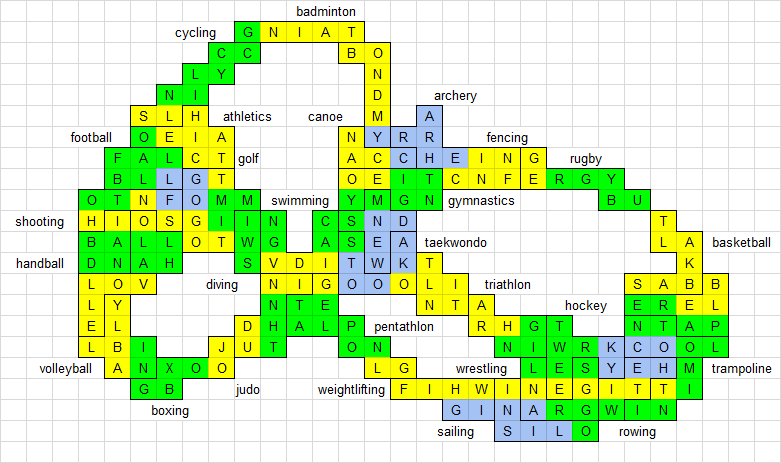 It was way easier with the shape known. I started with the rugby part. Then added fencing, archery, badminton and cycling on the left. I had the most of the center ready before the shape was added. On the right side the top of basketball was the best match. The bottom right part was the hardest because of the unusual placement of weightlifting. The rest was simply placing the remaining parts from right to left.

Here is the frequency of the letters.

There are 210 Tiles which must be fitted into the shape.

Noticeable in the table is that there is only 1 J and 1 X.

This means that the tile with the J and X in it must be part of Judo and Boxing. 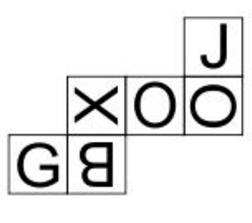 This tile then seems the key tile to begin with.

Not the answer you're looking for? Browse other questions tagged visual tiling word-search sports or ask your own question.

46
What does this modern art picture represent?
44
What is the title of this modern art painting, if not “Stars and Stripes”?
20
What is the central color?
39
Lepidopterology needed!
23
Find the number code in the picture
17
Sweet! Dream! Another hyper-modern art piece
15
A friendly jigsaw
15
Clockwork orange?
42
Free Tickets to Rio!
9
Athletes at the Rio Olympics