Man shot from inside car - how did the killer escape? [closed]

A man was shot dead in his car. The doors are closed, and locked. The windows are up. The keys are in the ignition. It's clear from the fragmentation around the bullet hole in the front windshield that the shot came from the inside of the car.

On inspection of the crime scene it quickly becomes apparent that the killer neither opened nor closed any of the doors or windows. As the killer is no longer in the car, one question remains.

How did the killer exit the car?

The car is a convertible like the one below and the killer simply jumped out of the car. 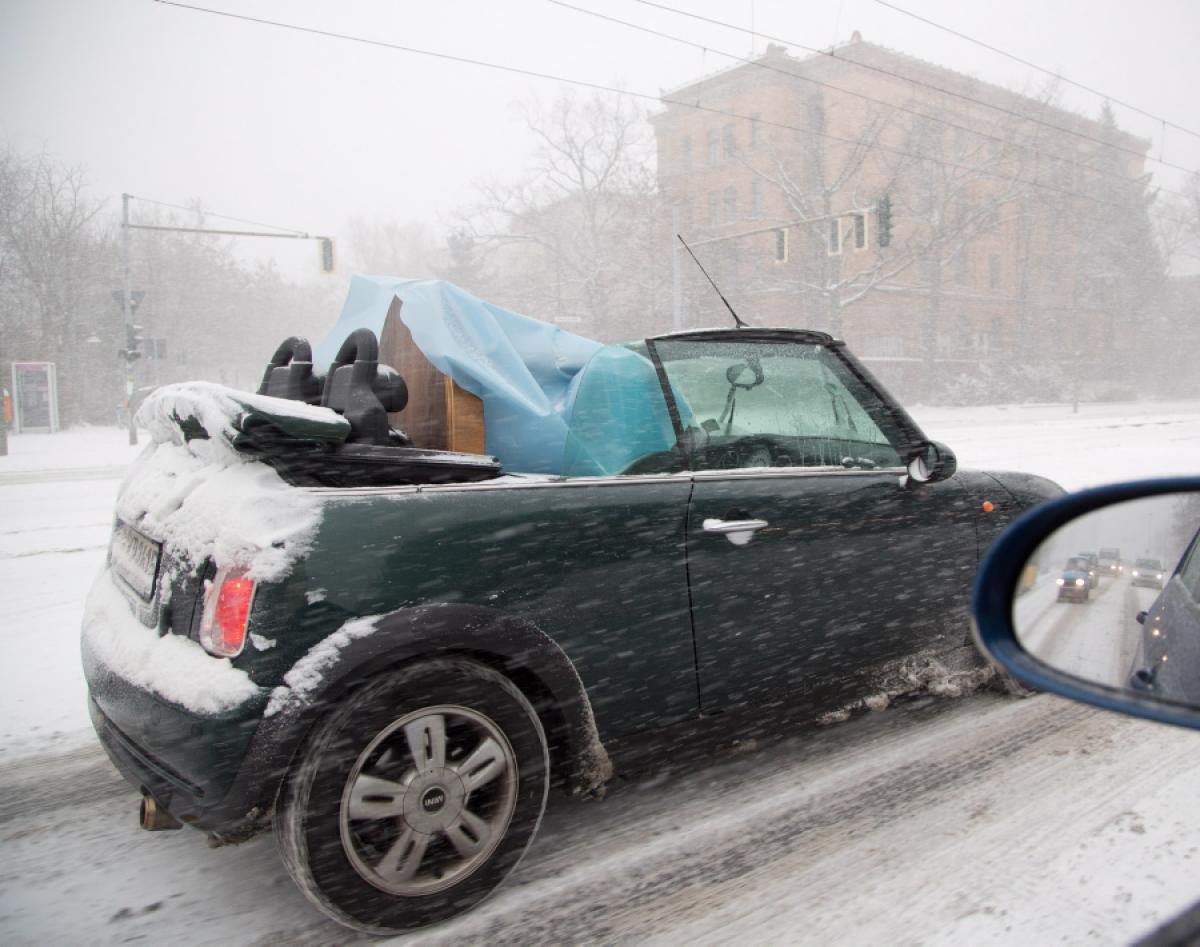 As it is unlikely a suicide inside a car would result in the bullet going through the windshield (driver's side window or roof are much more likely), I'd conclude that the killer was behind the victim in the back seat. If he didn't exit via any door or window, that leaves the trunk.

Many cars have a way to easily access the trunk from the back seat, so as long as he had a way to open it (say a button on the dashboard), that's the way to go.

There was another person on the crime scene who opened and closed the door for the killer.

The killer was dragged out of the car by police/medics and put into a bodybag. The man shot himself.

Most cars nowadays are locked with electronic gizmos, not keys. The vicious killer probably just took that off and locked the car to delay the police.

Alternatively, his wife killed him. She obviously has a spare key.

Killer shot the driver. The driver's death caused an accident which caused the killer (who was not wearing a seatbelt) to be thrown from the car through the windshield.

climbed out the sunroof

which is arguably not a window.

I will highlight two possibilities.

First, considering the windshield direction the killer was in the backseat and he may have escaped from the trunk of the car by some contraptions through the boot of the car.

Secondly, he might have made a duplicate key set to lock it from outside to baffle the authorities.

In either cases he must be familiar withe car earlier to devise such things. So the killer might be an acquaintance of the victim - or the killer was never there in car, which is a less realistic possibility since no weapon was found so the killer must have been gone with the weapon.

I think the killer was never in the car. The hole in the windshield came from someone shooting inward to the guy via the AC vent ducts with the engine open. It ricocheted and went back out the windscreen

9
Mysterious Murder Mystery 4
15
The Sinister Killer
25
Death cases of computer technician
29
Murder on Stack Exchange!
3
Who is the killer now?
36
Sabotage at Sea - Cursed Cruise liner?
43
How did the police know?
7
The murder of the captain