A Maze of Colors

I'm back and I have another maze for you. This time it'll be an image with squares of color. 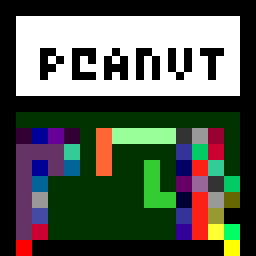 Start at the yellow block and end at the red block, both of which are at the bottom border of the maze. You have to move with one-square steps. You'll have to find out the rest.

There's a pattern that allows you to determine if something is a wall or not. (not counting for the outside black border)

Here are some of the colors you can step on:

Here are some of the colors you can't step on:

The stack of colors near start with the top color being

and the bottom color being

. The full stack of colors looks like the below image.

This answer is based on the newly given hints.

Based on the "forbidden steps" hint, essentially the only way from yellow is straight upwards (as all tiles to the right are outside wall and to the left are forbidden.) until one reaches the dark green.

There is a direct path to the exit only using dark green and desaturated purple tiles. Both are specified as "allowed" so that's the way to go...

I do not have the faintest idea, but the hints give only that choice...

According to the OP:

The only thing that counts is if a pixel's hex-value is even or odd. So, what is needed is to either look at the last digit of the full hex-colour-value, or just the "blue" channel

which gives you the following image: 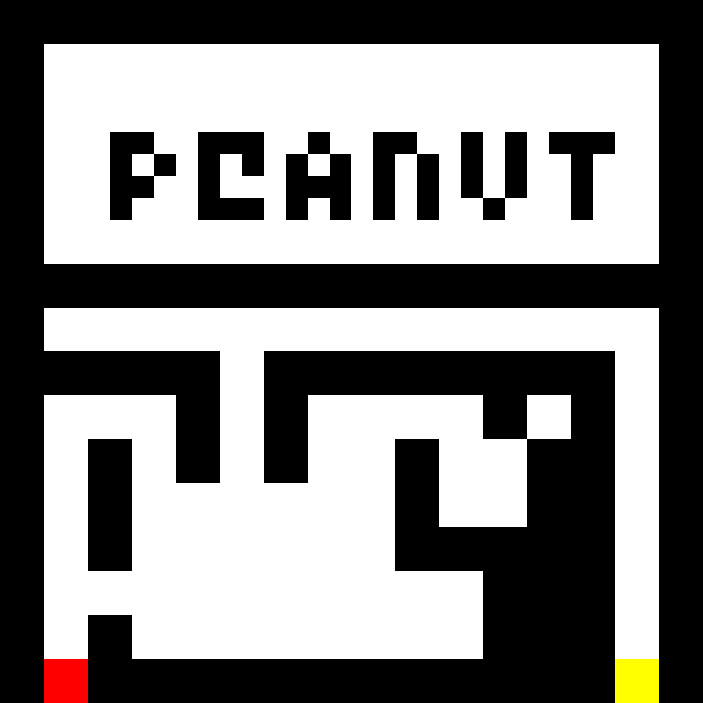 A kind of arbitrary solution to a - so far - arbitrary puzzle:

With all these assumptions, and because there is no rule-set given, this would be my solution: 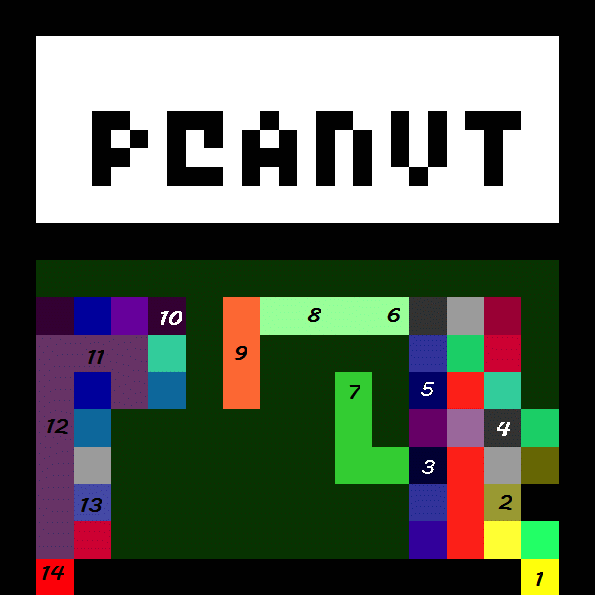 I should add, that while the answer above is a bit of a joke, I did take the puzzle serious and was/am searching for some more obvious relationship. This is what I have thought so far:

It was suggested that the colours in the pixels could be shown in their RGB hex representation with considering the zeros as wall. Doing this with the image, assuming one square is the "natural" resolution of the image, gives:

which does not lead to a useful maze.

Another observation is, that - starting with the yellow pixel on the right - neighbouring pixels always seem to have one channel (red/green/blue) with value zero. Unfortunately, this breaks down when coming to the left side, as the red pixel does not neighbour to a colour with one channel being zero.

Also: The pale purple which touches the red pixel is not of the same colour (exactly) as the one given as "allowed" hint...

Not the answer you're looking for? Browse other questions tagged visual computer-puzzle mazes or ask your own question.