It all starts with a message

I saw this in one of the forums I frequent (user said it was from reddit). 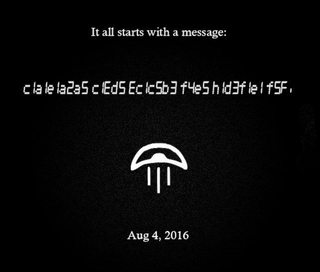 I tried to solve it, and the only thing I got was that there is one English letter followed by one hexadecimal number (this might not be correct). So help me find the answer to this code.

Found this answer somewhere in the comments on some other site:

The message says "maybe its (it's) time to wake up".

Capital letters are equal to a '0' of that letter group which correspond to the last number of the previous letter group:

4
Help deciphering string of letters without spaces
15
Please help me decrypt this letter
26
RIDDÅL - another unfinished flat-pack puzzle
3
What does this encoded message say?
15
Help, what is Sistek saying?
12
Message for You:) #2
7
How can I figure out what this insane coded message says?
6
Need to solve this
6
A possible 5-bit binary code