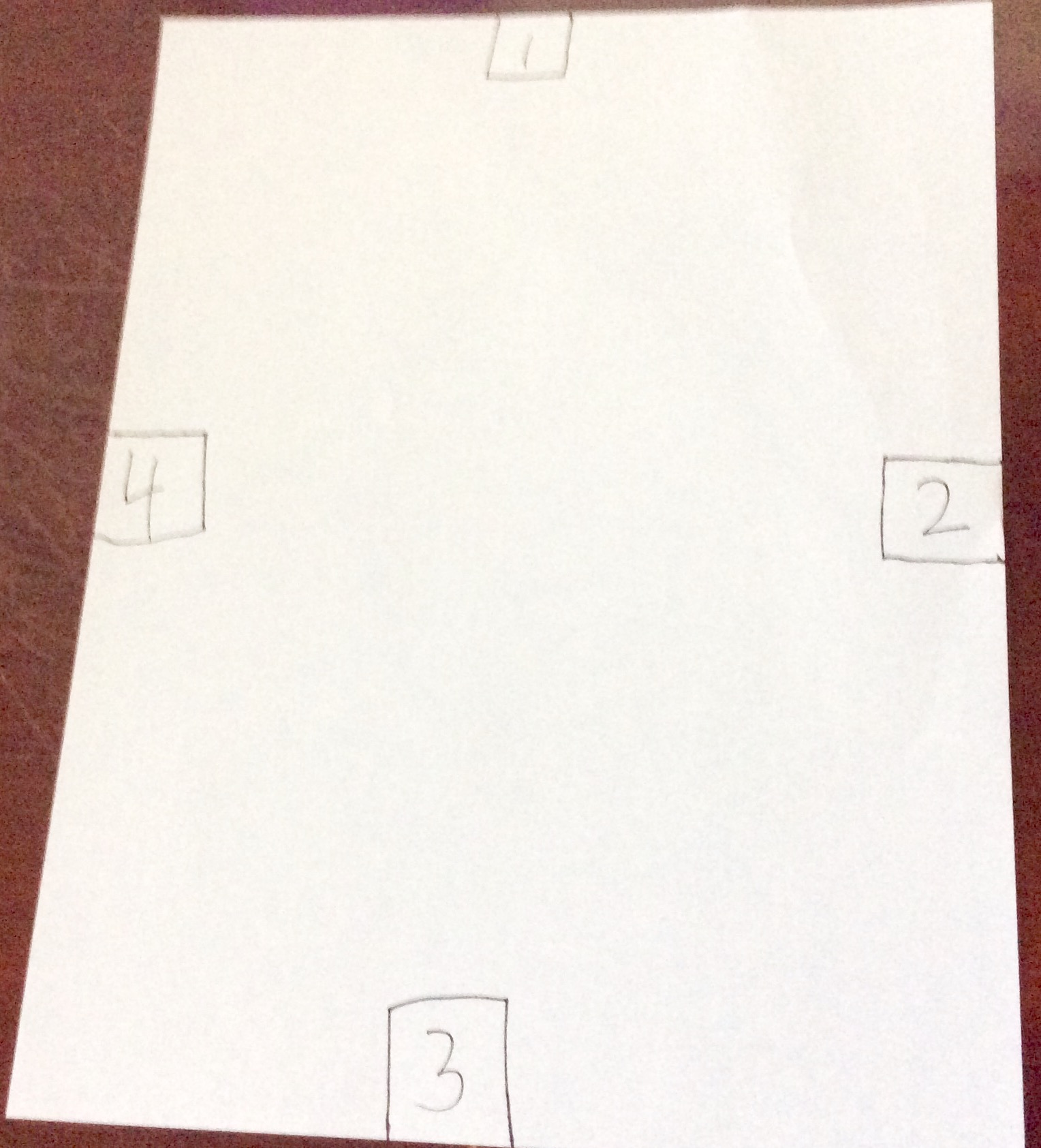 Is it possible to connect the opposite numbers (2 and 4, 1 and 3) simultaneously? If not, give me an explanation.

Yes it is, nothing forbids the lines from crossing

It is possible to make all sides touch.

Make an origami square base and all the numbers touch

Yes. So long as you are willing to accept two edges joining along their whole lengths simultaneously. If that is OK then 2x pairs of lines joining simultaneously is all you need. See visual below: 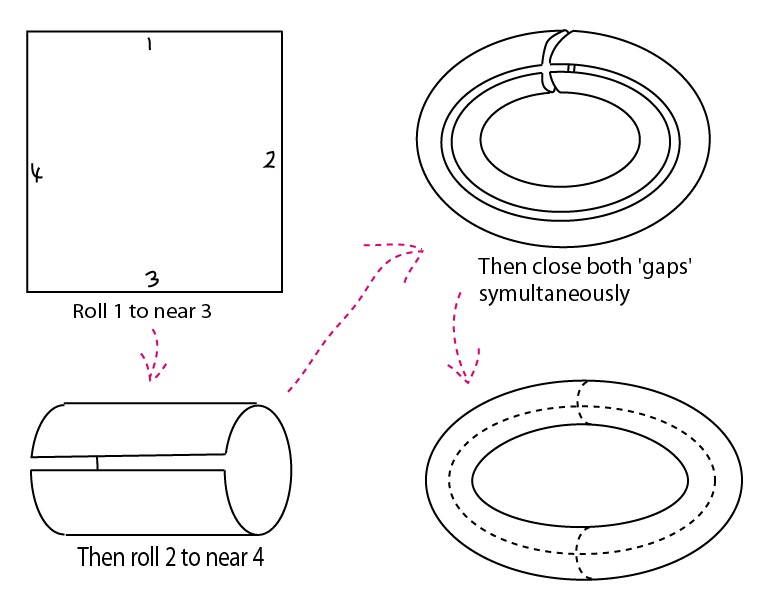 It can be done.

Roll two sides backwards (make a cylinder with the numbers on the outside). It doesn't matter which numbers you pick, but for convenience lets say we started with the sides containing 2 and 4.

The boxes with 2 and 4 should be overlapping facing each other between the sides of the paper, the boxes with 1 and 3 should be on the opposite side of the cylinder, visible and in line with each other. Flatten the cylinder, keeping the overlap so the two boxes in back still touch, and having the other numbers front and center on the narrower strip remaining.

Double check - the paper should be a little less than half as wide, since both sides are folded towards the center of the page, with perhaps a half-inch (box sized) overlap in the middle). Then, take the flattened cylinder, and fold it forwards so the two remaining numbers (the 1 and 3 boxes) touch. The opposing pairs of numbers are touching simultaneously

Or, to put it another way (if my previous explanation got lost)

Turn the paper over. Fold one side (say, the side with the "2" box) over so the edge is a little over the center - about a half box-width (or maybeso a quarter inch) further than halfway across the page. Take the opposite side (with the "4" box) and mirror the fold, it should be slightly more than halfway across the centerpoint, giving a page that's about half as wide as it was, with a half-inch (or whatever the box length is) overlap.

The numbers will not be visible, but they are facing each other between the overlap of the sides. Turn the paper back over, and the remaining boxes ("3" and "1") should be visible at the center top and bottom of the narrower strip of paper. Fold the paper forward, so the numbers overlap - simply in half lengthwise will do. Both sets of boxes are physically overlapping each other at this point.