OK, here's an easy and nice one:

Points $A$ and $B$ are separated by two rivers. One bridge is to be built across each river so as to minimize the length of the shortest path from $A$ to $B$. (Assume you can't travel on water.) Where should they be placed? 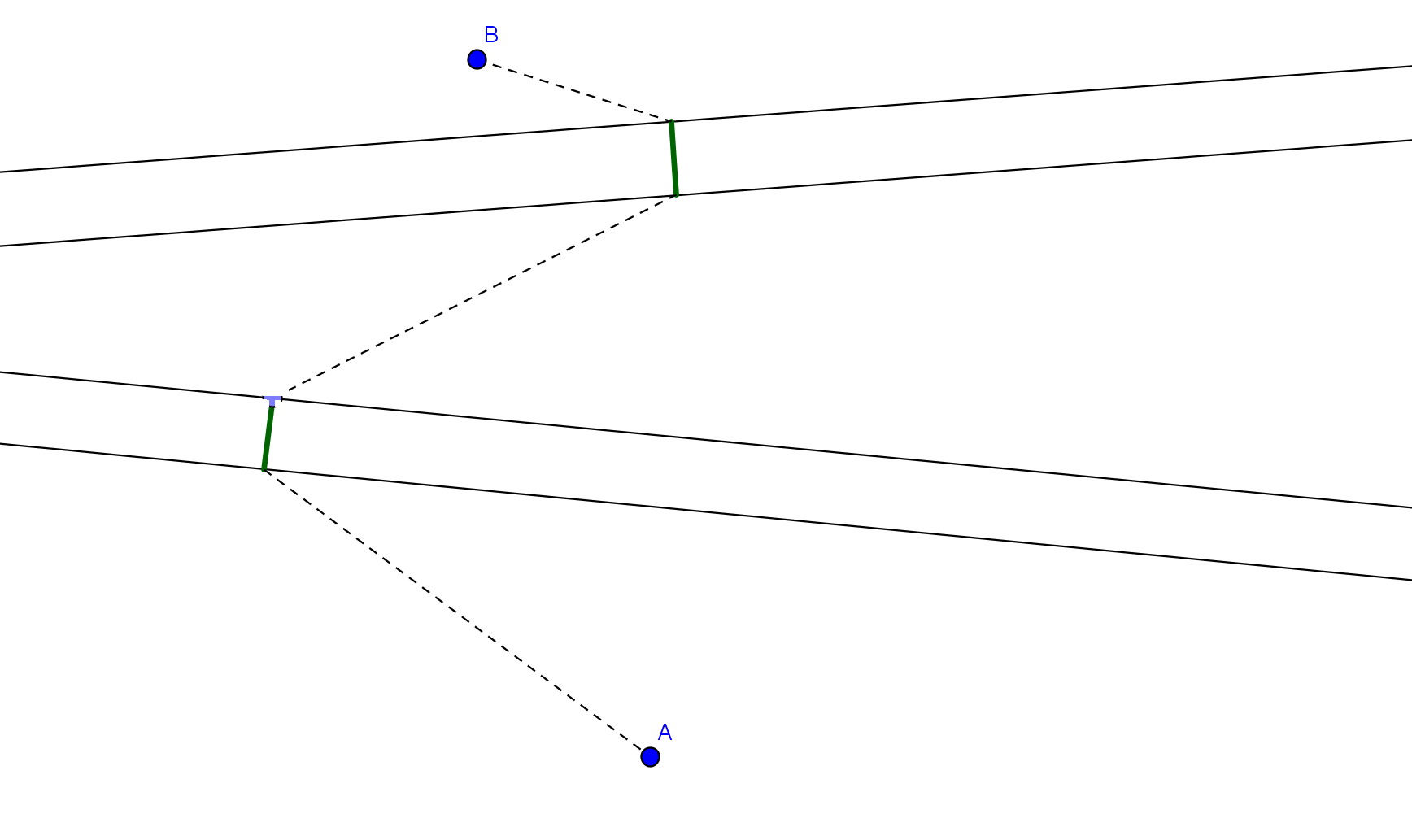 How to find the shortest path : 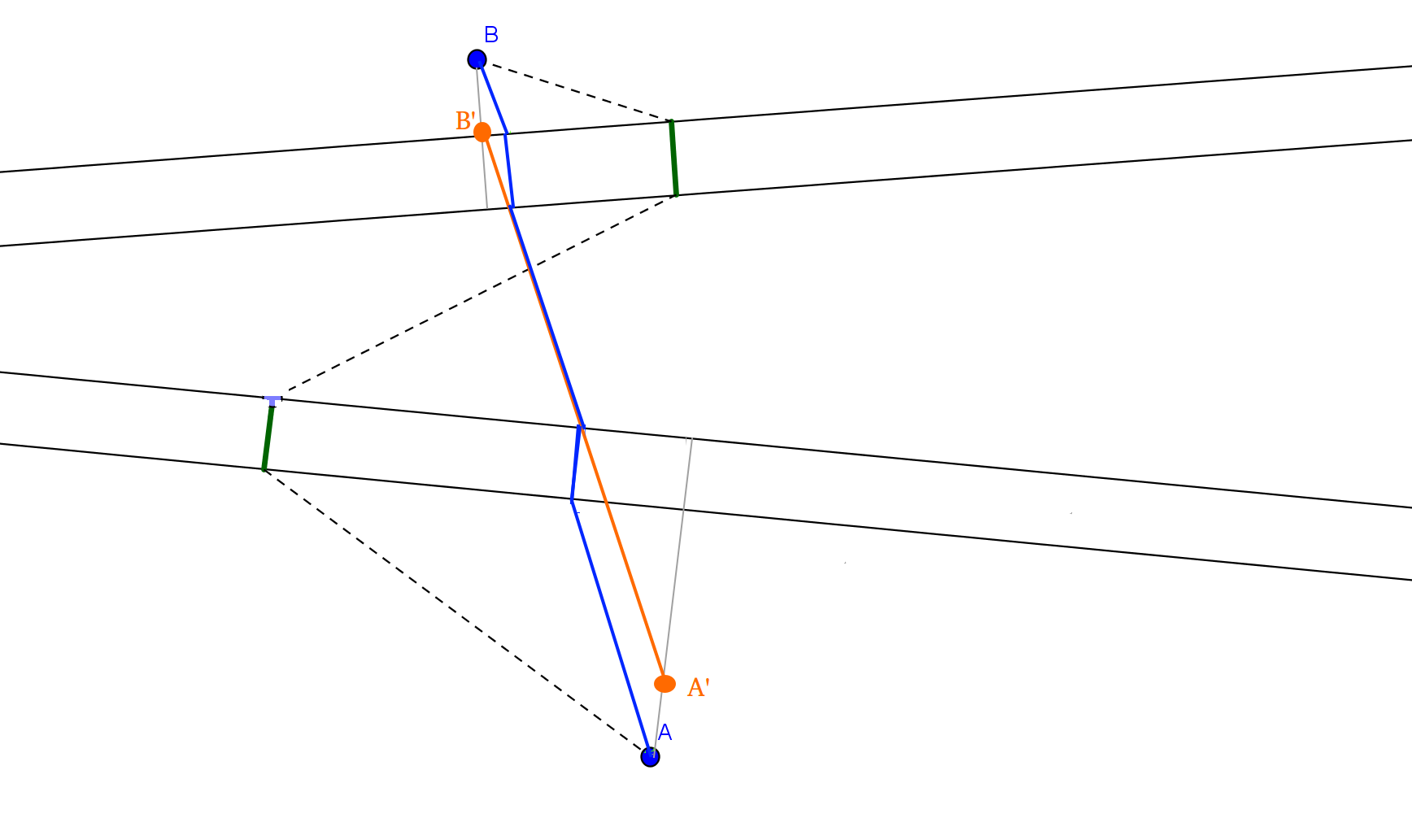 It is the shortest path because :

this problem is totally equivalent to find the shortest path when the river are contracted in a line (because you have no choice in the river).

My initial thoughts (brief because I'm at work).

1) Draw the line representing the shortest distance from A to B.
2) Take points a' and b' where both lie on this line, inside the bounds of rivers A and B respectively, and are equidistant from the river banks (in other words, the points of the line that are in the middle of the rivers).
3) There is only one bridge which each of these points can lie on. Draw these bridges.
4) The path is then just straight connecting the two points to the nearest endpoint of the relevant bridge.

3
Find seven points so any three contain two of distance one
12
Ernie and the Thrones of the Aqua-ant
8
The distance between David and Eric
8
Help! I lost my marble(s)!
2
Draw ten dots that are all the same distance apart
2
Distance from One
2
Can you minimise the arithmetic average?
8
Taping a cardboard square is getting me fired!