Previously, on terminal use...

The door accepted your input and slid open! Unfortunately, so did a trap door under your feet. You slide down and end up in another room. The only apparent exit is a ladder leading up to a locked hatch. Across the hatch in large, friendly letters are the words Don't Panic Gab Hero. Next to the ladder, you see another terminal that reads:

Looks like it is waiting for your input again...

On the wall across from the terminal exists the following poem:
Wonder, wonder where they are? For wondrous things, you'll travel far.
Where, oh where could they be at? Their position, you know exact.

In an attempt to gather more information from the terminal, you enter the following:
> sudo help
As if in response, the wall next to you slides up, revealing the following image: 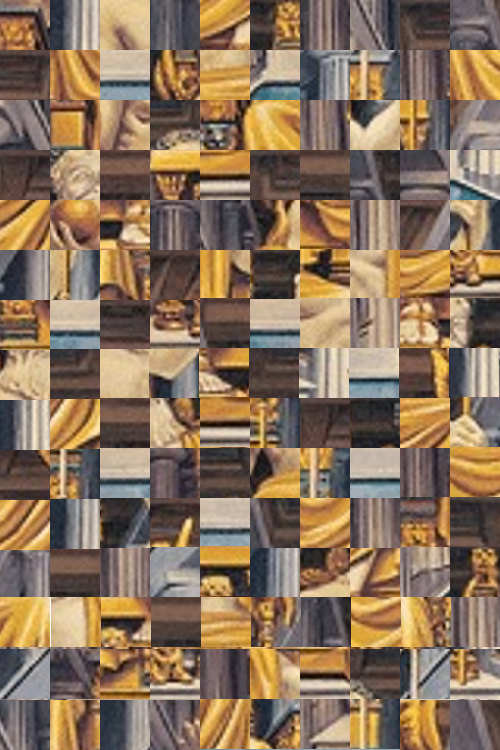 I think I know the method.

Since the picture is

Statue of Zeus at Olympia

one of the ancient wonders of the world

all of which together

the first six in order, except Rhodes is skipped

Finally, the passwords are six letters followed by a space, followed by six more letters.

I wanted this to have to do with longitude and latitude, since Hint 1 tells us we know the "position exact". But I can't make those numbers correspond with the letters in the title of the Wonder, in order to make a password. I think I can now, although it makes little sense.

So for the one you actually need:

I'm no good at ciphers, but I figured out the second hint, if that helps anyone else get started!

This a depiction of the Statue of Zeus at Olympia: 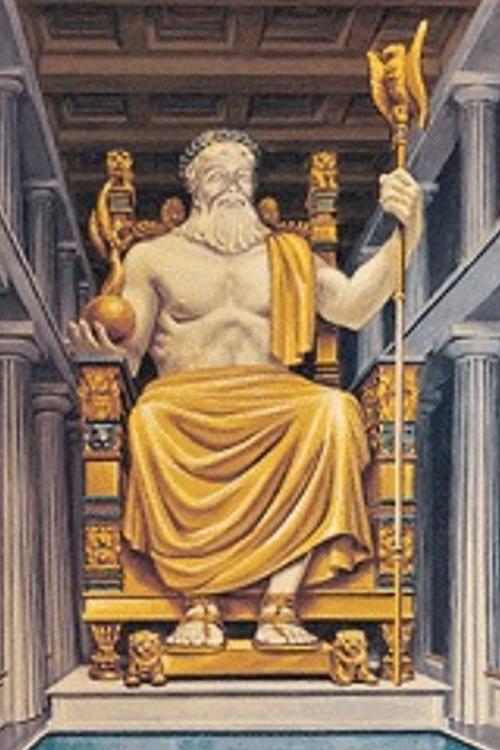 I didn't find any credits for the image, so the image itself must be the clue..

Not the answer you're looking for? Browse other questions tagged visual story knowledge cipher geography or ask your own question.