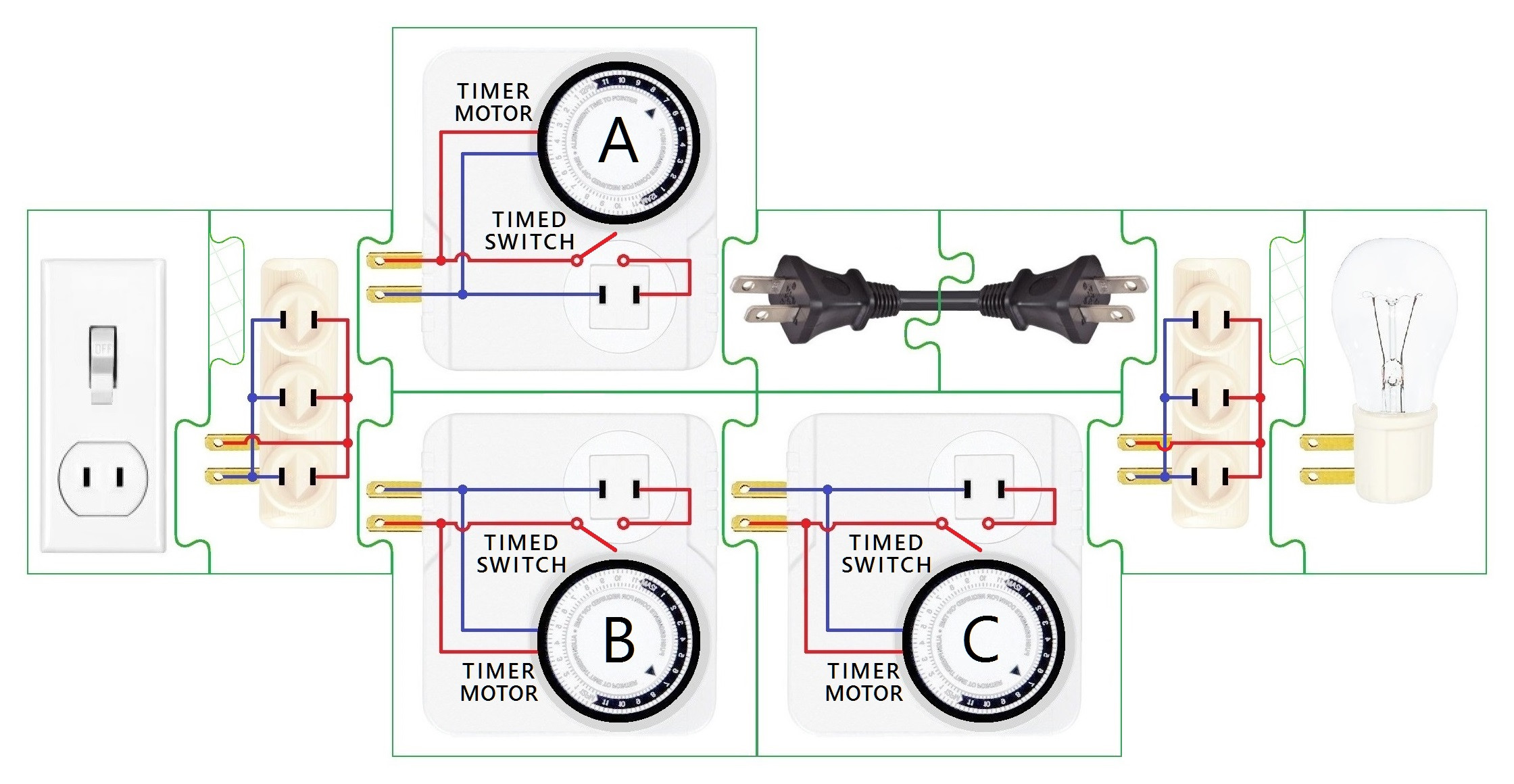 Three motorized 24-hour light timers are arranged between a power outlet and a light bulb, with timer A parallel to a daisy chain of timers B and  C.

For these timers, devise schedules that produce the following repeated lighting pattern, with the largest possible number D, beginning when the outlet's power is switched on.

N may be any positive constant.   To reduce complications:

As an example of how this puzzle isn't necessarily as convoluted as it might look, this solution produces a 48 hour lighting cycle with D = 41 hours on and N = 7 hours off.

Another example produces a 48 hour lighting cycle with D = 46 hours on and N = 2 hours off, where timer A actually powers timer C, through C's outlet, during an interval when timer B is OFF.

Not the answer you're looking for? Browse other questions tagged optimization real time circuitry or ask your own question.

3
Connecting 3 circular power timers to lights so that they turn for one day on Christmas
8
Halve time with two timers
8
Odd hours with two timers
12
Day and night of the two timers
4
Using burning ropes as timers
3
Chess Construction Challenge #8: Three Times The Charm
0
The Third Hardest Logic Puzzle in the World