Find the US city from the others

Based on these cities:

Find the city in the US.

In a plane (Or close enough to a plane), two points describe a line.

Look to where the sun never sets, yet newer than it.

Named after a great statesman from my region, I am.

Could the city be:

Because if you map the given 6 cities, then: 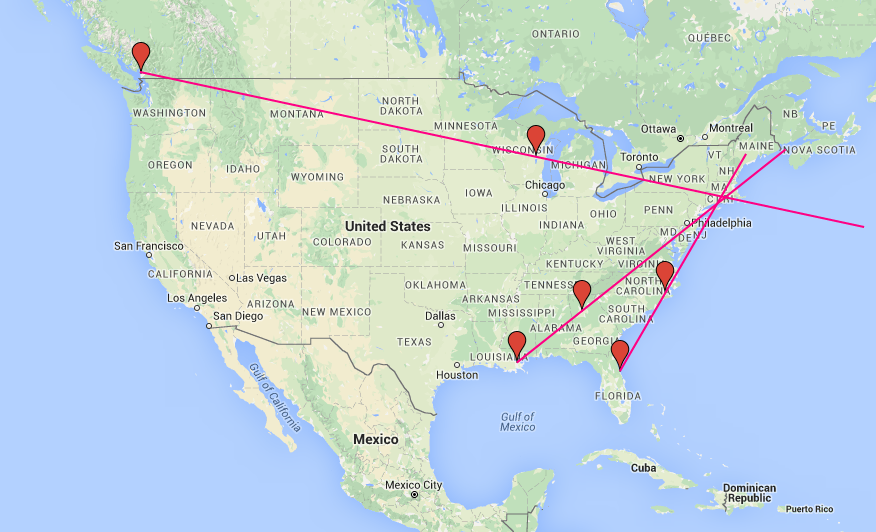 And the city of:

Putnam is right near there

Sun never sets (Britain) but newer = New Britain, Connecticut, which is not far away. It also is New England based on the same reason as the other one.

Putnam is named for Israel Putnam, a Revolutionary War general

And as OP pointed out, there's another possible solution of:

Webster, Massachusetts, which is just about 10 miles north and is named after Daniel Webster

It is the only place the paths would cross, if going in a straight line. 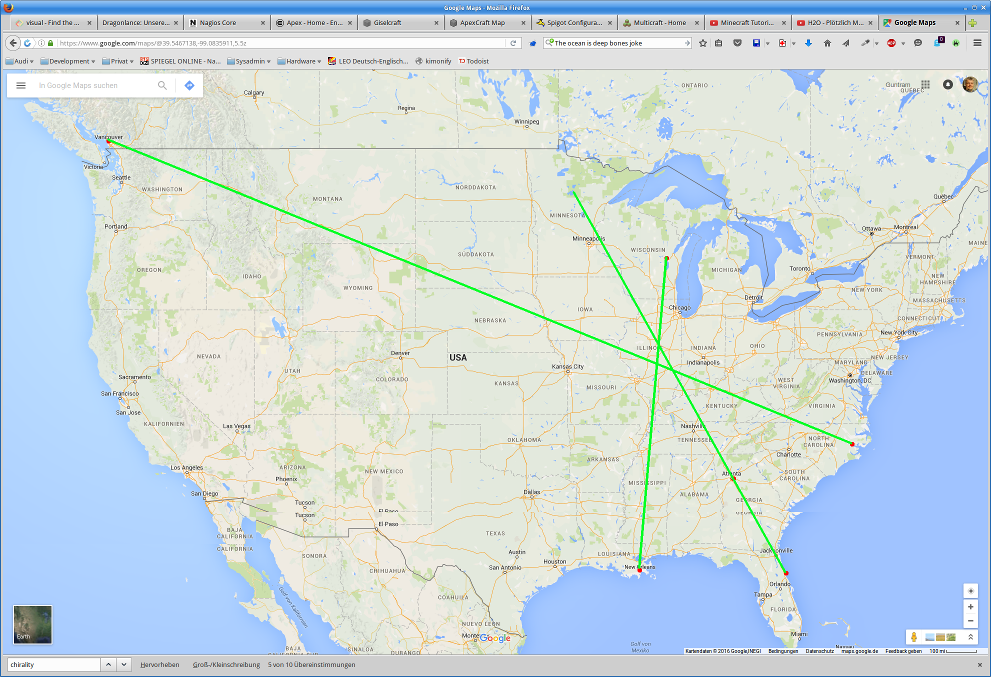 If you draw lines between the cities (and extend the line from Daytona to Atlanta), they all cross at (roughly) the same point. In my image, they still form a triangle, but as this depends heavily on the projection, they might have crossed at one single point when you designed the puzzle. As Vancouver is way far from everything else, this is probably the line that got distorted most, so let's take the other two. Galesburg seems to be the only city that's close to this intersection.

connect Vancouver with Atlanta, New Orleans with New Bern, and Daytona Beach with Appleton, you get a better match. But the intersection is at Sandersville, Georgia, and i wouldn't count "right in the middle of nowhere" as a valid answer, which is why i dismissed it. There's still the antipode, but there's no island there that could belong to the US.

Washington, which seems to be the county name (?), and is shown by google maps right next to Sandersville.

Not the answer you're looking for? Browse other questions tagged visual geography or ask your own question.

8
Find this US city
7
An enigmatic partition of the US states
10
A city in Europe
24
Which US city is it?
14
Help! My animals have gone missing
4
A city riddled with mystery
8
Find the missing place
7
Gladys's Word Search Cryptic
25
Chain Puzzle: Tabletop Games #10 – Risky Finale
8
A Five City Loop, starting and ending in MA