On an unknown date, Robert Hensworth's wife, Ashley, suddenly disappeared without a trace. Her body was found long after her disappearance. The police are trying their best to investigate, but there is one crucial clue they need: the date she was abducted.
Strangely, this is the only thing the police don't have. They know Ashley had a laptop, so they search through it. The murderer has corrupted the drive of the computer, but they are able to recover it via specialized tools.
The only contents are this file: 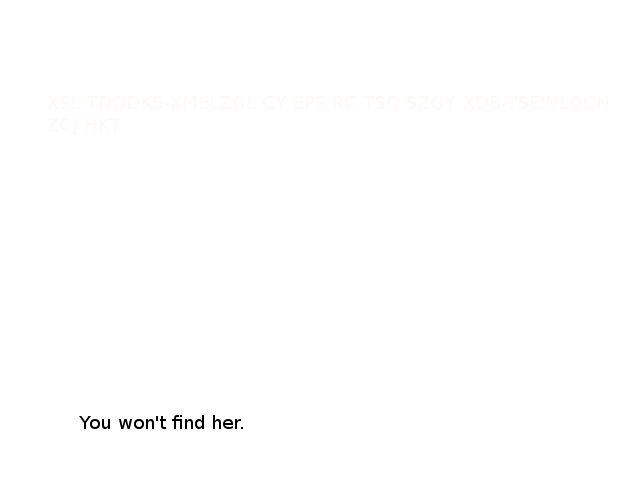 Robert has also told them the things Ashley was obsessed with:
1. the IUCN Red List
2. pandas
3. odd numbers
4. light
After months of trying, they have come up with nil. But now, they've employed you. Can you, based on Ashley's obsessions and the image, figure out when she was kidnapped?

NOTE: The kidnapper made the image, and previously knew Ashley's obsessions.

There is writing on the file part from the you won't find her. It reads:

15
The Sinister Killer
12
A love letter - or is it?
4
Everyone knows bullets are magnetically pulled to anyone who's about to retire
9
The Hyper-Modern Kidnapper: Crime Scene #4
15
There's been a kidnapping!
7
Who killed Professor Thomas Eyebright, and why?
10
What is lost can never be saved
26
The disappearance of Beastly Gerbil
17
They have the same birthday, but two are older
14
The Case of the Poisoned Poet